A. Sutherland – MessageToEagle.com – Leprechauns are mainly found in Irish folklore. A Leprechaun means in Irish: leipreachán. It is one of the most famous creatures of Irish faerie folk.

Its name is derived from the Gaelic luacharma’n, (“pygmy”) or leith brogan (“maker of one shoe”). 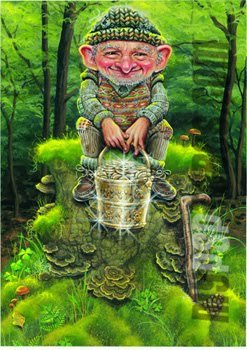 Many myths and legends of Leprechaun (also known as wee folk), are centuries old.

These stories have been passed down from one generation to another and children in Ireland are taught the folklore stories of mysterious Leprechaun creature, from a very early age.

The leprechaun’s appearance varied much depending on where in Ireland he was found.

Usually, he takes the form of an old man, about 2-3 foot tall, clad in a green or red coat, buckled shoes and hats, who enjoys participating in mischief.

This magical figure plays several roles in Irish folklore. He is a most untrustworthy trickster that deceives whenever possible.

But sometimes, the Leprechaun is only a playful, intelligent creature, generally harmless, even if credited with the odd, small tricks on farmers and location villagers.

When a ladder falls over, a toe is stubbed or another ‘unlucky’ event occurs, it is certainly the fault of the Leprechaun.

The magical power given to him by the Irish fairies, the Leprechaun uses if ever captured by a human or an animal or, to protect his pot of gold, hidden deep in the Irish countryside. 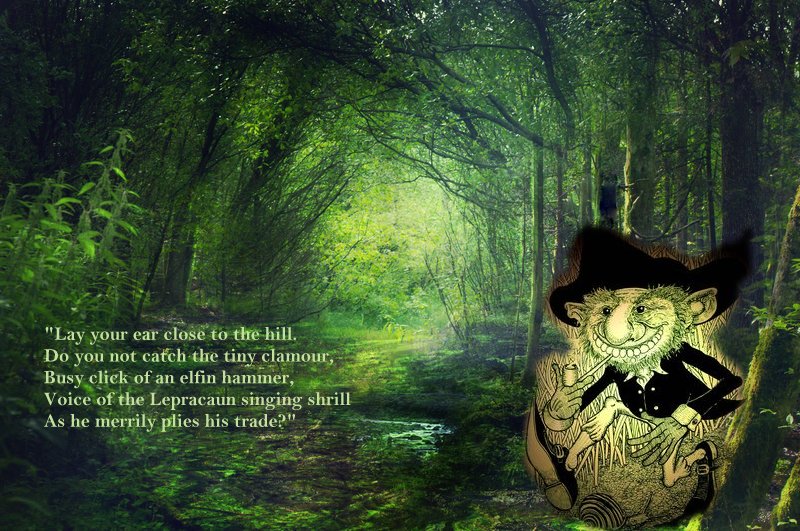 The Leprechaun is known to successfully evade capture from humans. If ever captured by a human, the Leprechaun has the magical power to grant three wishes in exchange for their release.

In the Irish folklore, Leprechauns are known to be the only Faerie that has a ‘business’, which is shoemaking. Therefore, they are often called fairy cobblers, for they make shoes for elves but unfortunately, only one shoe, never a pair.

It is not easy to find the Leprechauns; they live underground in a large network of caves. It’s the only safe place, too small for humans, and hidden from any dangers found above the ground. The entrance of caves can be found masked as rabbit holes are can be found in a shallow trunk of a fairy tree.

The faerie trees are protected by magic and if any human damages one a life time of bad luck will occur.