A. Sutherland  – MessageToEagle.com –  “What is magic today will be science tomorrow,” said once T.C. Lethbridge (1901 – 1971), an English archaeologist, parapsychologist, and explorer but also a controversial figure in British archaeology.

His significant research is related to a certain magical pentagram, a five-pointed star, and its secret use.

When he died in a nursing home in 1971, his name was generally unknown. Yet even more strange is that the last he was thinking about before he died, was again, a mysterious pentagram, known and used by cultures throughout the world for thousands of years as a protective symbol with the power to banish evil spirits. 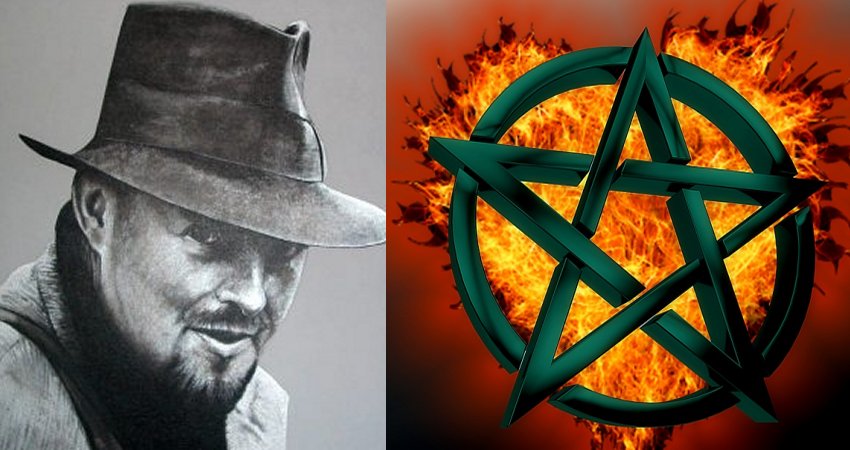 Today, those who admire Tom Lethbridge, and his contribution to the paranormal research, know that he is the most prominent name in the history of psychical research covering subjects like life after death, dowsing, poltergeists, ghosts, second sight, the nature of time and precognition phenomenon.

His ideas were described in a series of books and published towards the end of his life. Curiously but Lethbridge has never been particularly interested in psychic phenomena until he came to the crucial point at a later time in his life and began to take a serious interest in the subject.

Disappointed with the hostile reception of one of his archaeological books, and his job as the Keeper of Anglo-Saxon Antiquities, Lethbridge left Cambridge and retired to Hole House, a Tudor mansion on the south coast of Devon, in southern Britain. He planned to spend his last years of life reading and digging some pottery, but suddenly his plans changed, and so it began the most exciting period of his life. He came in contact with his neighbor, an old, white-haired “witch” who lived next door and possessed a few extraordinary powers.

One day, the old “witch” explained how she managed to put off unwanted visitors by drawing a pentagram in her head, and then visualize it across the path of the unwelcome visitor or on the front gate, for example. Her secret use of the magical pentagram introduced psychical researcher Tom Lethbridge to the world of the paranormal.

In the beginning, Lethbridge was very skeptical until something extraordinary happened that finally convinced him for the rest of his life.

Shortly afterward, in the middle of the night, Lethbridge was lying in bed, practicing drawing mental pentagrams around his and his wife Mona’s bed.

A few nights later, Mona woke up, with a strange feeling that there was someone else in the room, standing at the foot of the bed, but she could only distinguish a faint glow of light, which slowly faded away, leaving the bedroom in the darkness again.

The next day, they both met their neighbor, who asked if someone had been “putting protection” on them? She explained that she came to their bedroom on another night and couldn’t get near the bed because there were triangles of fire around it.”

Three years later, the old lady died in rather peculiar circumstances, and her death resulted, indirectly, of course, in one of Tom Lethbridge’s most significant insights in the realm of the occult.

One day, passing the cottage of the “witch,” he experienced a “horrid feeling” of suffocating depression, and his scientific curiosity pushed him further to investigate this strange, nasty feeling. He walked around the cottage, and all of a sudden, he discovered that he could step right into the depression and then out of it again, just as if it was some kind of invisible wall.

This disturbing and inexplicable incident made Lethbridge convinced that he must look for other clues. 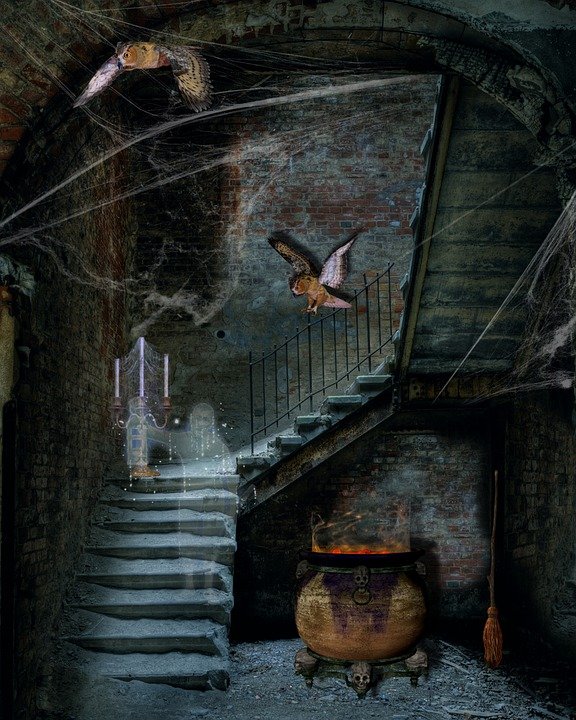 Another strange incident occurred about a year after the death of the old “witch.” On a wet January afternoon, Tom and his wife Mina drove down to the beach to gather seaweed. Suddenly a blanket of fog descended upon them. It was at Ladram Bay, Devon that Lethbridge experienced the “blanket of fear and gloom.” The next day, he mentioned what had happened to Mina’s brother, and from him, he heard about a similar incident that took place in a field near Avebury in Wiltshire.

A week later, Lethbridge and his wife set out for Ladram Bay once again. They stepped on to the beach, and both walked into the same bank of depression or “ghoul” as Lethbridge called it. The feeling was intense, unpleasant, and made them both dizzy. They found the place frightening and sinister and not only for them. Nine years later, a man committed suicide there, and Tom Lethbridge was wondering what could make people feel so bad in this particular place.

What was this intense bad feeling that imprinted itself in the area? Have feelings of despair or perhaps even those evil ones been “recorded” there?

Tom Lethbridge was convinced that the key to the puzzle lay in the water. He knew that underground water produces changes in the earth’s magnetic field. Suppose the magnetic field of running water can “record” strong emotions, which, as we know, are electrical activities in the human brain and body. And such fields could well be most energetic in damp areas and during foggy weather.

Lethbridge was a keen and accomplished dowser, and the pendulum was the key to his interest in the unknown. He had known for years that a pendulum could be used for divining, and its accuracy could convey a lot of extremely complex information.

He was confident that a pendulum responds to the mind, not only to some vibration. Human beings possess powers we are not even aware of because there are powers of an unconscious mind which go far beyond that what we understand.

In his excellent book “The Power of the Pendulum,” Tom Lethbridge wrote about the unknown realm of our mind, the superconscious:

“It [the superconscious] knows far more than we do because.. it does not have to use the brain to filter out everything… It lives in a timeless zone! “All of which may be true – and probably is – but is also incomprehensible to us.”

What Lethbridge tries to say to us is that everyone has experienced moods of unusual vitality, sudden ecstasy of excitement. Having memories of such moments, as well as our power to re-create them, we are equipped enough to research the unknown realms of our mind.

On This Day In History: Battle Of Lagos Took Place Between Royal Navy Of Britain and France – On August 19, 1759