Ellen Lloyd – MessageToEagle.com – Black Pyramid with the Eye (or UV fluorescent Third-Eye Pyramid) is one of the fascinating magnetic stone artifacts discovered by a group of gold prospectors working in underground tunnels of the mystical, jungle-covered mountains of La Maná, Ecuador in the 1980s.

The stone is grey and white and has thirteen steps of a brick pyramid engraved into it. An additional interesting component of this artifact is an inlaid eye placed at the top of the pyramid.

It can be clearly seen when we put on some black light on the pyramid. The pyramid stone begins to glow and the eye is shining like a real one. 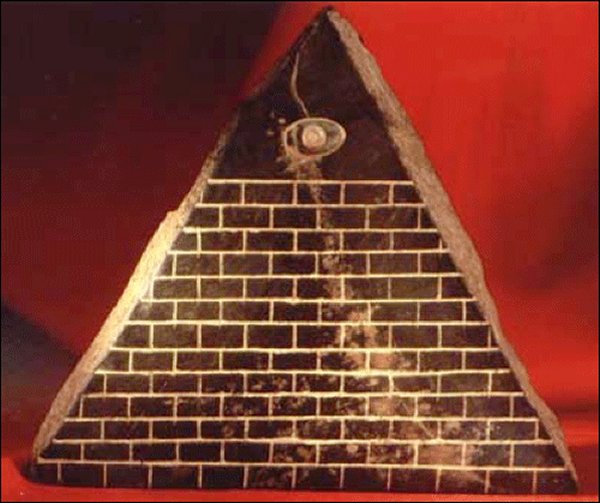 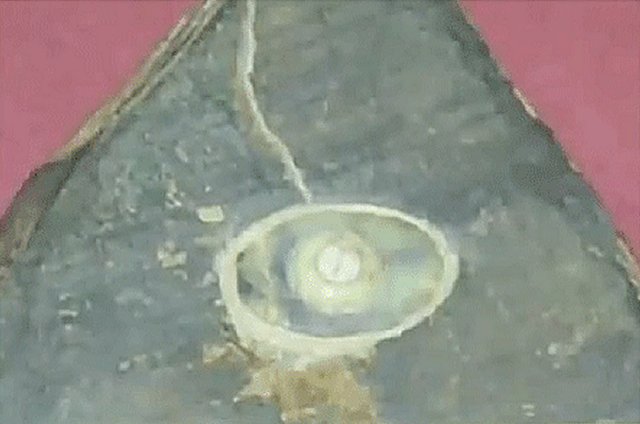 However, it does not look like a human eye, according to Austrian researcher Klaus Dona, who travels via expeditions from his homeland of Austria to Japan, Ecuador, South America, Sardinia, Bosnia and many other countries exploring the archaeological and unexplained remains of advanced technologies in form of ‘out of place artifacts’. 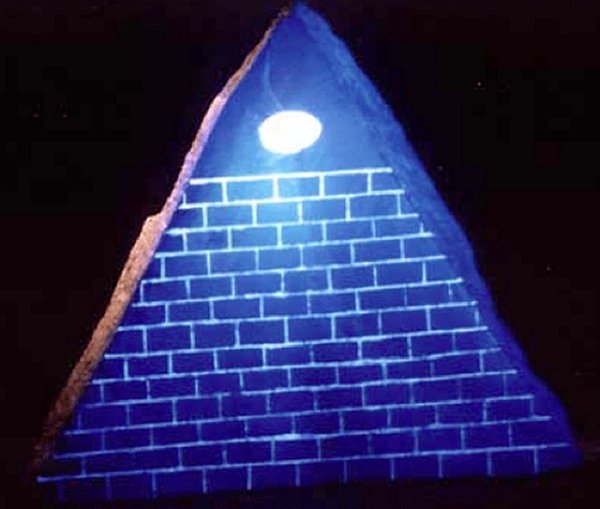 This UV fluorescent Third-Eye Pyramid has yet another fascinating detail in the form of the inlay in little gold plates showing the Orion star constellation and the five symbols placed on the pyramid’s bottom. 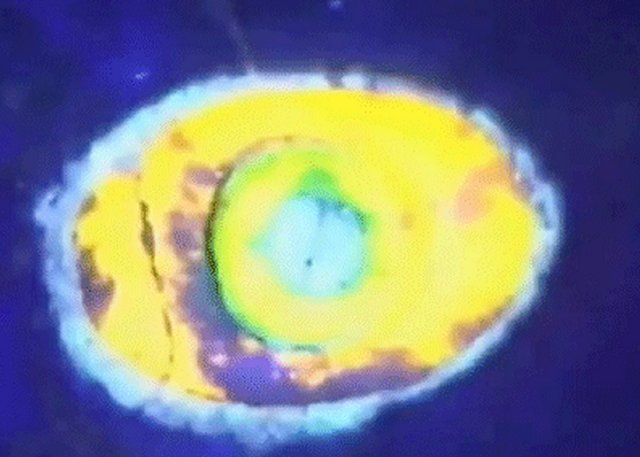 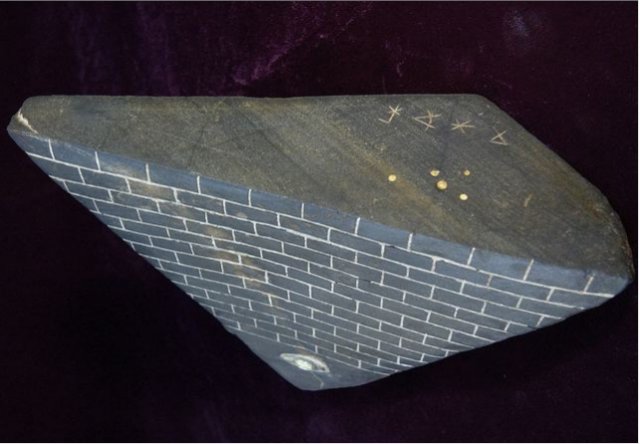 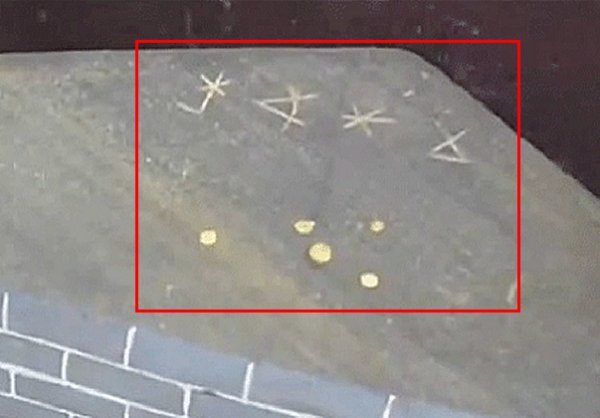 Many ancient stones and ceramics – terracotta – covered with the same writing on stones have been discovered in other countries like Ecuador, Colombia, Illinois (United States); Glozel, France; Malta in the Mediterranean; Turkmenistan, Australia, and in Southern Calabria, Italy just a few years ago. 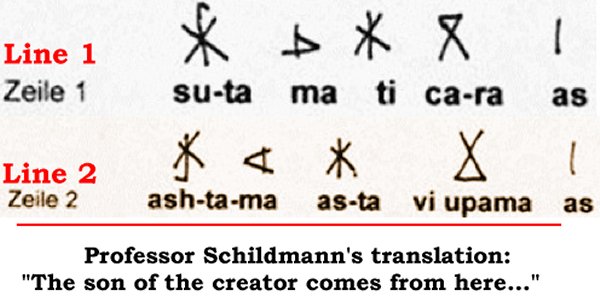 Always there are stones and ceramics – terracotta – with the same writing.

“That means this writing existed once worldwide, and that means there must have been a global civilization older than Sanskrit, older than 6,000 years,” says Dona.

“Professor Schildmann also told me that this writing has a little similarity to the Indus writing and also to the Easter Island writing. As he said, this is older than Sanskrit. He called this writing pre-Sanskrit.”