Don Wood – MessageToEagle.com – Something is definitely down there, but what is this underwater anomaly?

A mysterious underwater structure has been discovered in the Pacific. It is a natural formation, an ancient structure created by a lost civilization or an unknown modern construction few have heard anything about?

The anomaly was discovered by Mac McIver who is an amateur undersea archeologist. 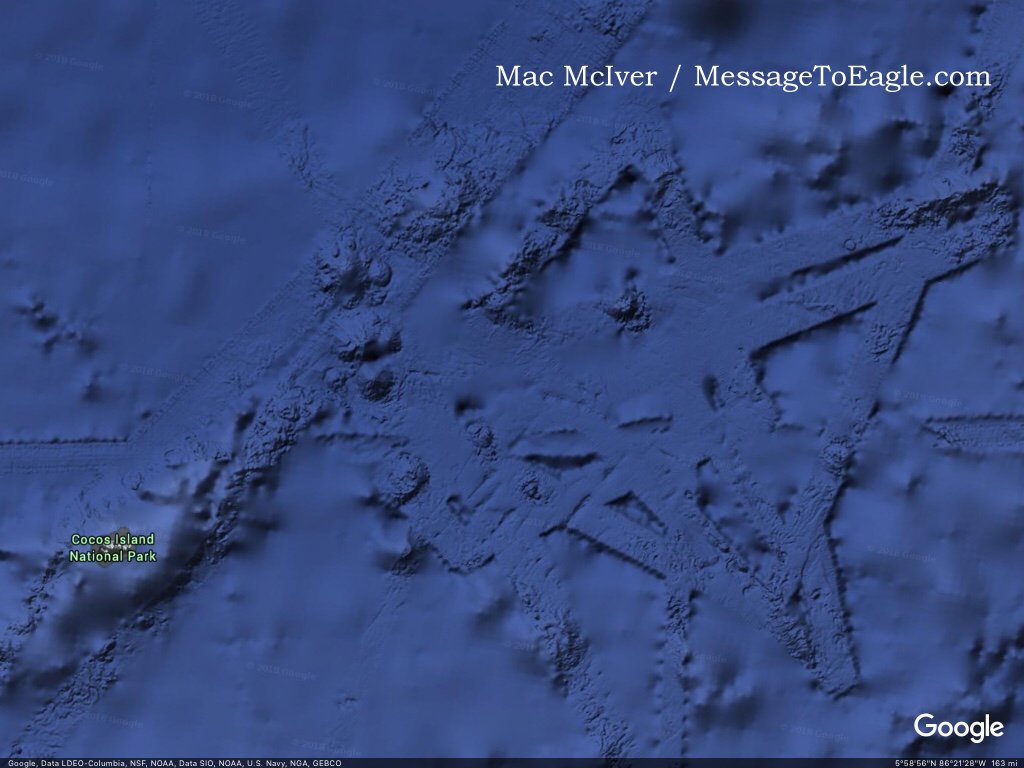 “My diving career has been instrumental in my interest on the subject and as such has brought me to this point where I enjoy spending time studying the seafloor on Google Earth which is the program I was using when I spotted this anomaly. I first noticed the structure in Aug. 2018.

My curiosity had drawn me to that location ever since I had visited Cocos Is. aboard a 10-day Liveaboard dive excursion trip to the area. Cocos is the home of the schooling Hammerhead sharks that visit in large numbers. Plus while there, the Dive Excursion operators had comped me (I’m a retired Submersible Pilot) a Deepwater dive to 1000′ aboard the three-man submarine they use for scientific and tourism purposes. This is an added attraction offered by the company to visitors to the island. 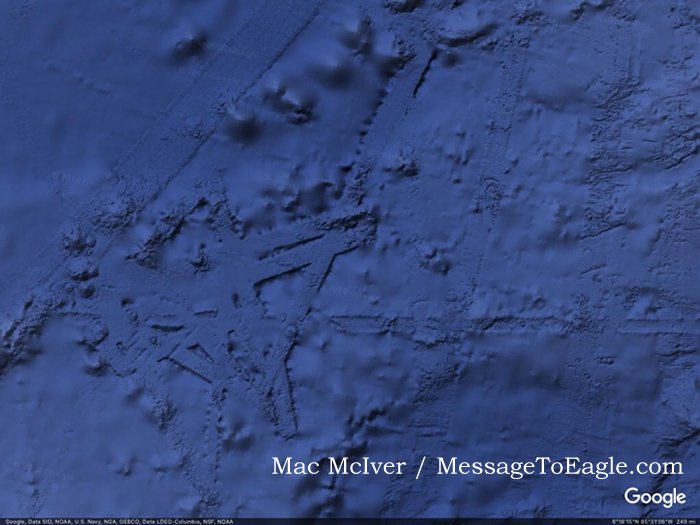 So, for those reasons, my visit and exploration of the waters around Cocos led me to return to the area using Google Earth. That’s how I first spotted the Deepwater structure, Mac McIver told MessageToEagle.com

The Unknown Underwater Structure Is Huge And Resembles A Modern Airport

“The structure measures 80 MILES across. The individual runways/roads are approx 5 miles wide and have spans (shadows) that appear to imply that they are raised above the seabed, McIver told MessageToEagle.com.

“Now, have a look at this comparison between a modern-day airport and the anomaly found in the Pacific. The layout of the two have a striking resemblance. The main difference is one’s located 1,000 ft above sea level the other 6,000 ft below sea level,” McIver explained. 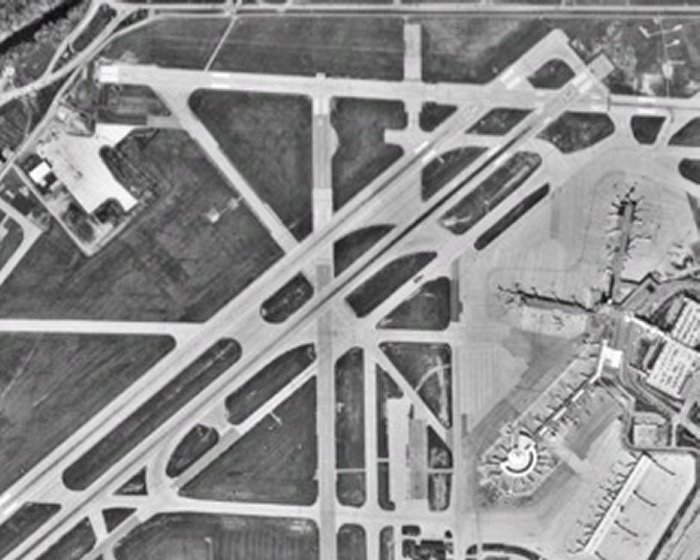 When MessageToEagle.com talked to McIver we asked if there are any other strange underwater formations in the area, and there is actually one other structure that also deserves more attention.

McIver discovered a puzzling underwater structure that is similar to underwater anomaly off the west coast of Costa Rica. 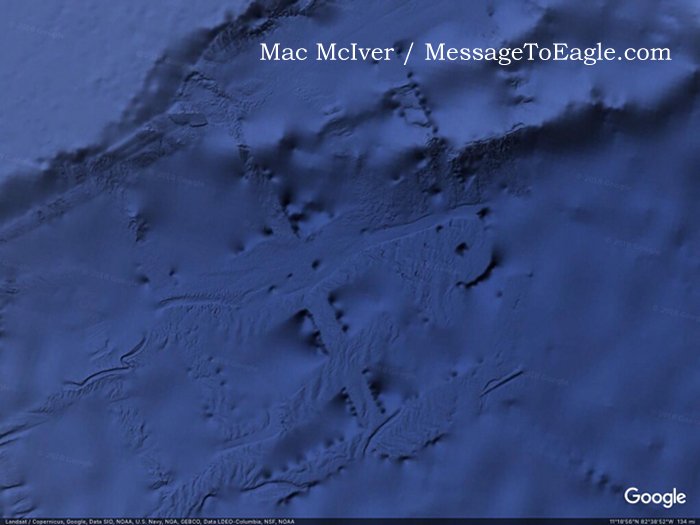 According to McIver, the Caribbean Sea Anomaly has also similar runway/roads with spans which do bear a resemblance to the Cocos Is structure.

Why Would A Large Airport Be Located At The Bottom Of The Ocean?

Without conducting an underwater study, it’s very difficult to determine whether the anomaly is natural or artificial. It’s also currently impossible to say how old the structure is. However, our reader McIver asked experts if they have encountered anything like this before.

“Some feedback I’ve received suggested the structures as simply sonar anomalies where sea bottom side-scan sonar photos when stitched together create the lines.

Yes, those “stitches” do crisscross all over the ocean floor. However, the 45deg angles and parallel “roads” connected at this structure look different. It does not appear to be random lines on the seabed. There’s more to be seen here than simply sonar lines in my opinion.

Also, the question “why would a massive airport be located at the bottom of the ocean” has been brought up. Well, I Dunno. Perhaps at a much earlier time that part of the ocean was dry land. This anomaly opens up all kinds of questions to consider don’t you think?” McIver said.

Our reader Mac McIver thinks “the world is ready for new discoveries” and we agree with him. Our oceans are full of secrets, and if we take the time to explore underwater realms, we may find incredible structures, amazing animals and ‘things’ we never thought could exist.