Cynthia McKanzie  – MessageToEagle.com – It may be wise to avoid crossing the Nevada Triangle if you are flying. For some reason, planes tend to vanish when they fly over the region.

As many as 2,000 planes, or perhaps even more have been lost in the last 60 years over the Nevada Triangle. Naturally, many people wonder what why, how or who has caused their disappearance. Is there a rational explanation that can shed light on the mystery of the Nevada Triangle? 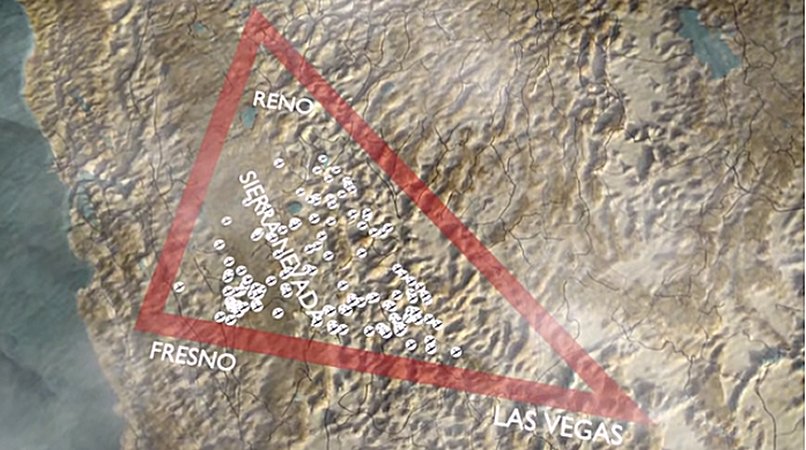 Is a mysterious region with an unforgiving landscape with high mountains and desert. Inside its border is Area 51, a top-secret military base famous for rumors of UFO sightings.

No one knows with absolute certainty why so many flights have vanished within the Nevada Triangle. Several of the missing planes had very experienced pilots who shouldn’t get lost. The planes disappeared under mysterious circumstances, with the wreckage never found.

It has been suggested the disappearance of Steve Fossett on September 3, 2007, may unlock the mystery of the Nevada Triangle. Fossett was a bit of everything. He was an American businessman, adventurer, sailor, and a record-setting aviator. He was the first one to fly solo nonstop around the world in a balloon. 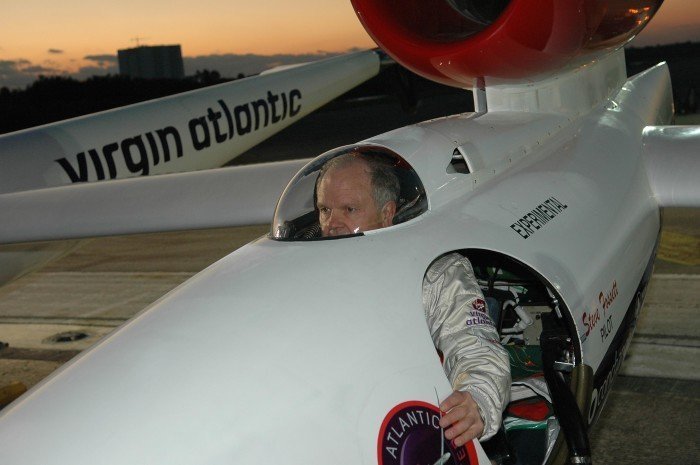 Fossett was flying a single-engine Bellanca Super Decathlon over Nevada’s Great Basin Desert, but sadly, he never returned, and his small plane vanished over the region.  A huge rescue operation was launched. One month passed, but his body and plane couldn’t be found, and the search was called off.

On February 15, 2008, Fossett was declared dead. His mysterious vanishing prompted several speculations along with conspiracy theories. Many people assumed Fossett had either faked his death or was shot down inside Area 51.

Speculations ended when the wreckage of his plane was discovered on October 1, 2008. A hiker found Fossett’s identity cards and soon two bones belonging to Fossett were recovered a half-mile from the crash site.

Fossett’s vanishing over the Nevada Triangle had finally reached a turning point, but what had caused his plane to crash?

Strong winds may have interrupted Fossett’s plane causing it to crash, but large and heavy planes have also vanished over the Nevada Triangle.

According to air accident expert Craig Fuller besides hundreds of vanished light aircraft, the area has also seen crashes involving many military warplanes like B-24 Liberators, B-17 Flying Fortresses and P-38 Lightnings.

Fuller, who works for the voluntary Aviation Archaeological Investigation and Research group, cannot say how many aircraft have gone missing while flying over the area. Some of these planes have been found, but there are also several that seem to have vanished into thin air, in a manner of speaking.

What Unknown Force Causes Planes To Disappear Within The Nevada Triangle?

Those who look for a scientific explanation that can shed light on the strange vanishings within the Nevada Triangle will learn strong winds are responsible for the disappearances of aircraft.

The Nevada Triangle’s weird geography and climate create unique atmospheric conditions which can rip aircraft from the skies.

Unexplained Disappearance Of A Professor Who Perhaps Entered A Parallel World

A combination of fast-moving Pacific winds and steep mountainsides produces a weather phenomenon called the Mountain Wave, a roller-coaster effect that can send aircraft soaring up and then bring it crashing down to Earth.

With much of the Sierra Nevada over 5,000ft and some peaks reaching 14,000ft, air-fuel mixture can also become so thin that engine power fails even in low-level flight.

Those who are not convinced unusual weather should be blamed for the vanishing maintain some of the missing craft have been either abducted by extraterrestrials or simply shot down by secret military craft. The fact the Nevada Triangle and Area 51 are in the same region will probably always be a reason why some are suspicious of the information given by climate experts.

For example, UFO expert, Bill Birnes believes testing of alien technology is behind many of these disappearances and crashes in the area.

“Why are there so many planes crash in the area in the Nevada Triangle. One theory is this, because UFOs either the ones we are testing or the ones that don’t come from here fly around in this electromagnetic envelope instruments fail, compasses go haywire, and in the worst-case scenario the ignition of jet engines fail,” Birnes said.