Ellen Lloyd – MessageToEagle.com – Ancient metal clamps discovered on megaliths, temples, and other prehistoric monuments worldwide are one of the greatest unsolved ancient mysteries of all time.

Why would the builders use or need a small metal clamp to hold large stone blocks in place?

How did this technology spread to ancient Egypt, Pre-Columbian Peru, and Cambodia thousands of years ago?

These countries are separated by thousands of miles. Who taught our ancestors how to use this technology?
The use of metal clamps in T-Grooves has been discovered in Tiahuanaco, Ollantaytambo, Koricancha, and the site of Yuroc Rumi, Vilcabamba. These clamps were also used on the Parthenon, on buildings in Mesopotamia, Egypt, and Cambodia. 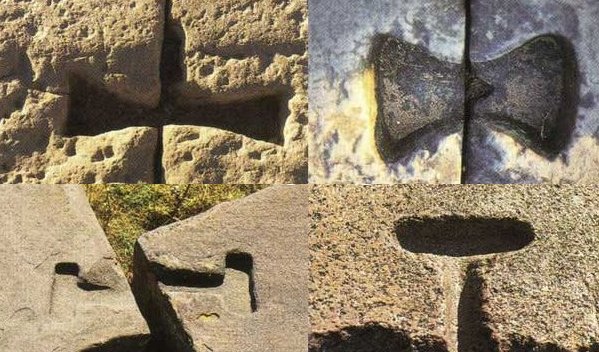 Some scientists have suggested the clamps were for ceremonial use. Other researchers point out that ancient metal clamps served for keeping the blocks together, so they would harden out in the right position. 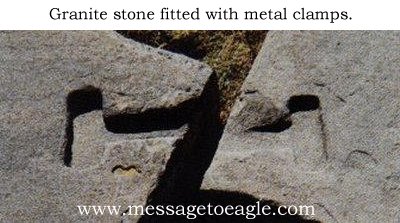 Unfortunately, very few of the clamps have survived. The Spanish removed many clamps, thinking they might be gold. Some may indeed have been decorated with silver and gold, because it’s well-documented that armies set about demolishing these structures, just for the clamps.
The clamps from Pre-Columbian South America that have been examined show them to be made of a very unusual alloy – 2.05% arsenic, 95.15% copper, 0.26% iron, 0.84% silicon and 1.70% nickel. 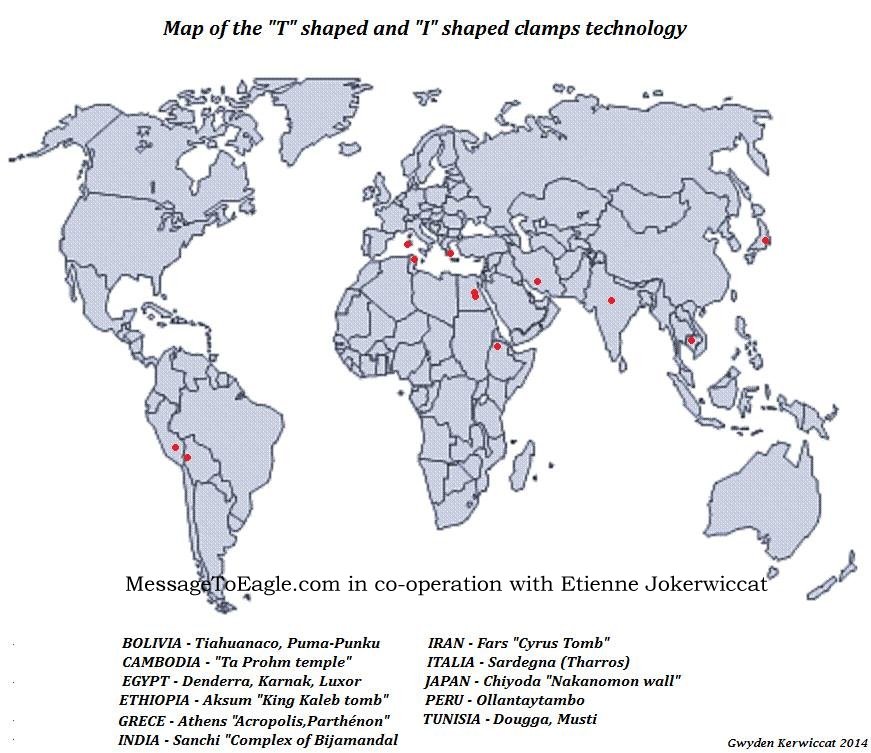 This composition is particularly interesting because there is no source nickel anywhere in Bolivia. At first, archaeologists believed that clamps were brought to these grooves to be placed, but recent scans have revealed that metal was poured into these indentations, which means the builders had portable smelters. 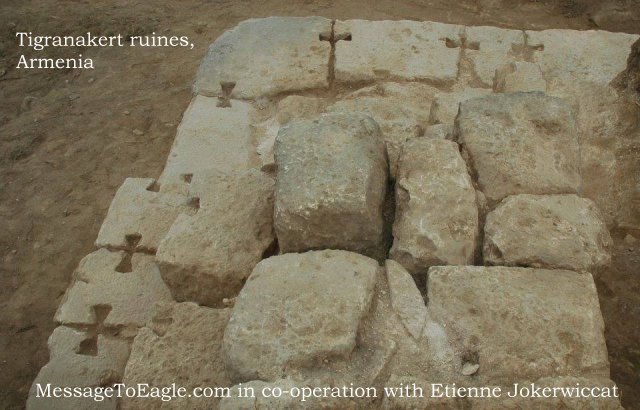 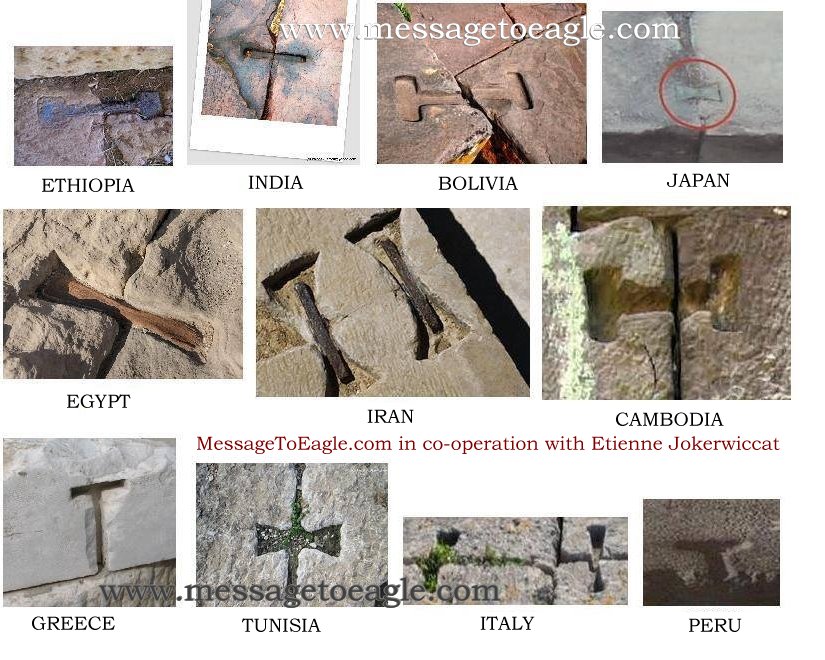 The Puma Punka brackets holes, when analyzed, showed platinum, a metal that only melts at 1753 C and aluminum, which supposedly was not discovered and produced in quantity until the 19th century. 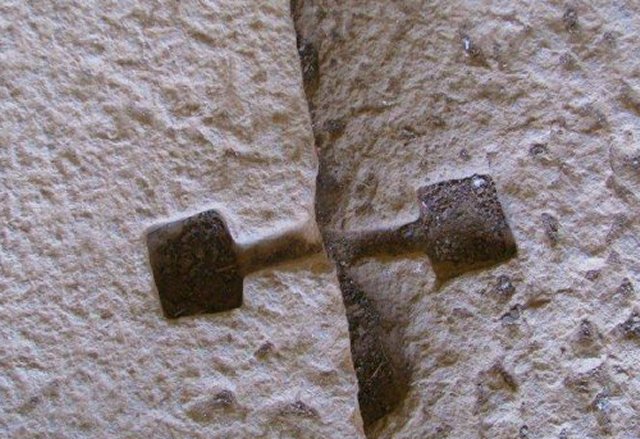 Obviously our ancestors had access to very advanced technology that became lost in the immediate centuries afterward, a technology and means modern science still cannot explain.

NOTE: MessageToEagle.com would like to express gratitude to Etienne Jokerwiccat for sharing excellent research and photos with us. On behalf of the entire site and all its readers – thank you, Etienne!