MessageToEagle.com – Often referred to as a “superman”, Mirin Dajo was a living human enigma and his body baffled scientists. He became famous for piercing his body with all kinds of objects such as swords and daggers without getting injured. He could even swallow glass and razor blades.

No-one could understand how Mirin Dajo could do things that would kill any living human being.

Arnold Gerrit Henskes (6 August 1912 – 26 May 1948), known by the pseudonym Mirin Dajo, was a Dutch performer. At an age of 33, he became aware of that his body was “invulnerable.” He left his job and went to Amsterdam where he visited pubs and earned money by letting people pierce his body with “dagger-like objects.” 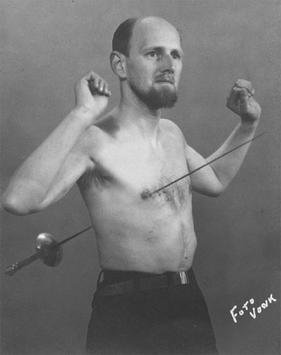 Later he started to perform on stage and let his assistant impale his hypnotized body with swords and rapiers. People and scientists were astonished to see the weapons were penetrating his body, missing major organs somehow. He walked and even ran with swords sticking out of him, and all this took place with little or no bloodshed, even when the implement was removed. 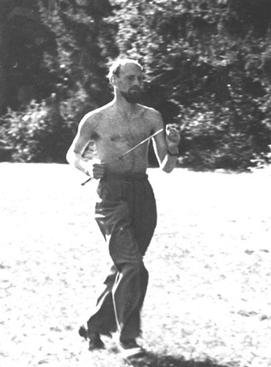 Mirin Dajo also declared his invulnerability having been tested with burning irons, boiling water and having been shot through the head from half a yard distance on two occasions. He supported this by exhibiting two scars allegedly from the shots, one in the center of the forehead and the other above his right eye.

Wim Hof: The Iceman Who Can Withstand Extreme Cold

Francesco Lentini: The Three-Legged Wonder Man With Four Feet And 16 Toes Who Became A Celebrity

Remarkable Story Of Boriska – A Wonder Boy From Outer Space?

According to Mirin Dajo, his invulnerability was a gift from God who wanted to tell people they should abandon the materialistic world view and accept there was a higher force. He claimed to heard voices from “guardian angels” that told him what to do. Dajo also said that he had several strange paranormal experiences as a young boy and that he was telepathic, and could heal people.

Some suspected he trained with Indian fakirs to learn the ancient art of body piercing, but as famed late magician Ali Bongo points out, no one in India was doing anything close to the feats Dajo was demonstrating.

Mirin Dajo was an extraordinary person, but eventually everything must come to an end. In May 1948, following the advice of his angels, Mirin Dajo swallowed a very large steel needle. He had it surgically removed two days later, and fell into a “trance.” 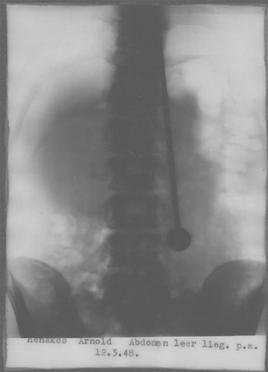 X-ray of his abdomen on May 12, 1948 showing the needle he swallowed. Credit: Wikipedia

Just three days later, the “trance” was discovered to be “death,” and the case of Mirin Dajo, age 36, was closed. Cause of death: a ruptured aorta, though many of his followers deny that.

Today, we still cannot comprehend and explain how Dajo was able to pierce his body without getting injured. How could Mirin Dajo  develeop this amazing ability to withstand pain and physical trauma to his body?