Jan Bartek – AncientPages.com – Fossilized footprints are often a subject of heated debates, especially if they are millions of years old and you cannot determine who made them.

In New Mexico, there is a very strange track made in the mud. It’s known as the Zapata footprint and it is estimated “someone” made it about 290 million years ago. 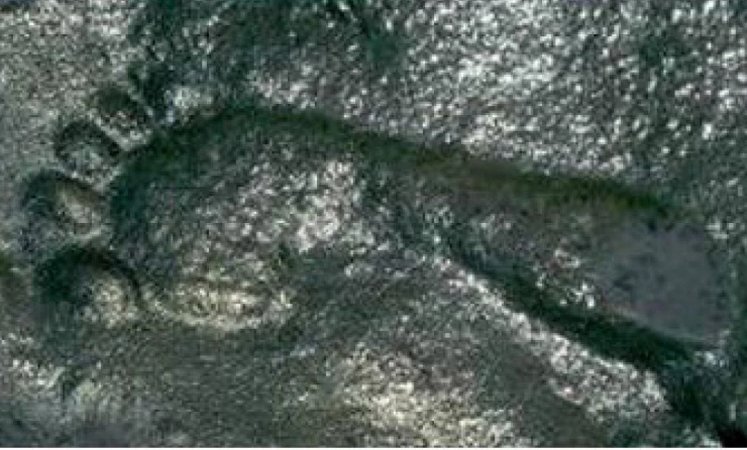 The strange Zapata footprint is believed to be 290 million years old. Credit: Footprints in stone

Did human-like beings walk the Earth millions of years ago?

Is it a human footprint or was it made by a long-gone extinct animal perhaps? What did Earth look like 290 million years ago?

This was a time when the Earth’s continents were fused together in the supercontinent Pangea.  Pangea broke up into smaller continents in the Triassic period, which is when dinosaurs first evolved. All plants and animals that existed in those days would be unrecognizable to us.