Question: What was the duty of a nomenclator in ancient times?

Answer: There were a number of unusual professions in ancient times, many of which were carried out by slaves.

In ancient Rome and Greece, long before the BlackBerry and Ipad were introduced some wealthy people had personal assistants who helped them to remember names and personal details of those who would come to greet them.

A nomenclator was basically an ancient living-human computer.  It was an important, but difficult job, unless you had excellent memory.

See also: The Word Salary Has Roots In Ancient Rome And History Of Salt

A nomenclator also denotes a person, generally a public official, who announces the names of guests at a party or other social gathering or ceremony.

In more general terms still, it is a person who provides or creates the names for things and this can apply to the application of names in a scientific or any other context but especially in relation to specialist terminologies, glossaries etc. 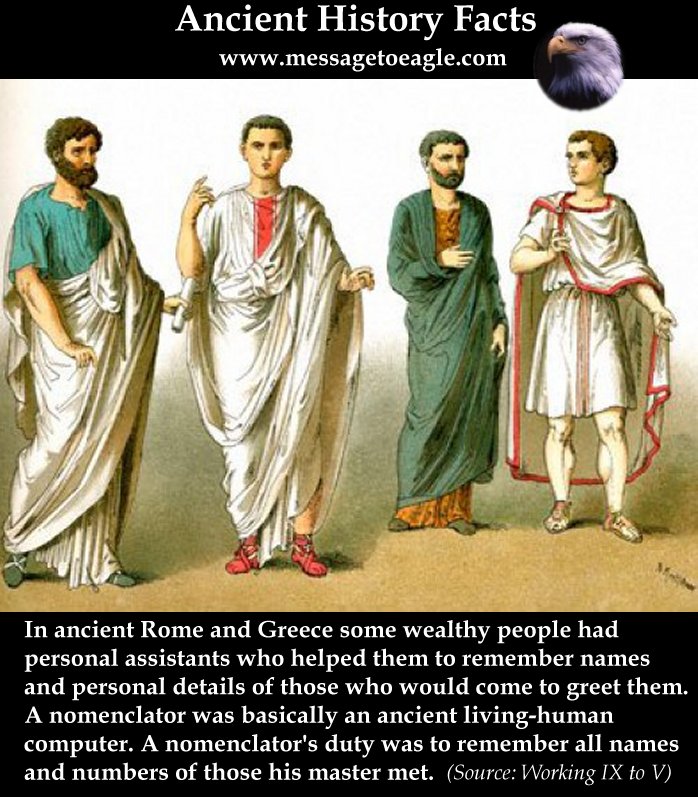