Cynthia McKanzie – MessageToEagle.com – We are entering a new technological era faster than most expected. Scientists have created organic machines that eat, grow, move on their own, decay and then, die.

To construct these biomaterial machines, scientists used a technology called DNA-based Assembly and Synthesis of Hierarchical (or DASH).

It may sound like these machines are alive, but researchers want to emphasize they are not. 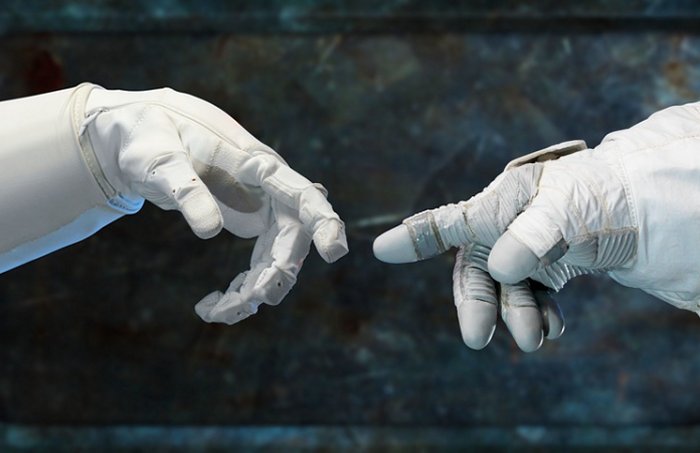 “We are introducing a brand-new, lifelike material concept powered by its very own artificial metabolism. We are not making something that’s alive, but we are creating materials that are much more lifelike than have ever been seen before,” Dan Luo, professor of biological and environmental engineering in the College of Agriculture and Life Sciences said in a press statement.

Currently, the lifelike machines have the complexity of some basic slime molds. However, scientists think and hope, their work holds great promise for the future when it comes to creating advanced robots that not only metabolize energy and grow and discard cells, like humans, but ones that “may lead to lifelike self-reproducing machines.”

According to the research team, artificial metabolism could open a new frontier in robotics.  The system could be also used as a biosensor to detect the presence of any DNA and RNA. The concept also could be used to create a dynamic template for making proteins without living cells.

Enter The Matrix – Internet Of Thoughts Is Coming – Disturbing Or Exciting Technology?

Is Transhumanism Worth Striving For?

Researchers are currently exploring ways to have the material recognize stimuli and autonomously be able to seek it out in the case of light or food, or avoid it if it’s harmful.

The programmed metabolism embedded into DNA materials is the key innovation. The DNA contains the set of instructions for metabolism and autonomous regeneration. After that, it’s on its own.

“Everything from its ability to move and compete, all those processes are self-contained. There’s no external interference,” Luo said. “Life began billions of years from perhaps just a few kinds of molecules. This might be the same.”

These organic machines are not yet able to reproduce, but this ability could become reality soon.