Cynthia McKanzie – MessageToEagle.com – The search for parallel universes continues and scientists may now have found evidence we are living next to another, invisible reality where the laws of physics are completely the opposite. Have scientists discovered a parallel universe where time moves backwards? 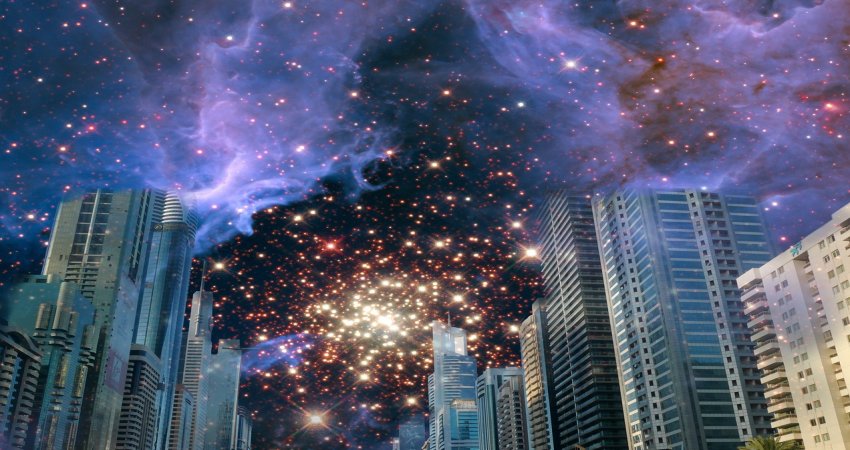 As previously reported, some unknown source in Antarctica is emitting high-energy signals but scientists cannot determine what might be behind these anomalous events.

Several explanations for the anomalous signals are now being considered, including a possibility involving exotic physics. Another option recently proposed by researchers is that these signals are traveling back in time.

Neutrinos are low energy particles that can pass completely through the Earth. While doing so, they barely interact with the substance of our planet at all. However, the situation is different when it comes to higher energy objects that are stopped by the reassuringly solid matter of the Earth.

That means that high energy particles can only be detected coming “down” from outer space. To detect a heavier particle – a tau neutrino – coming “up” out of the Earth would imply that these particles are travelling backwards in time.

In Antarctica the IceCube Neutrino Observatory and ANITA (the Antarctic Impulsive Transient Antenna) are used by researchers to investigate neutrinos.

ANITA searches for radio waves because extremely high-energy neutrinos—those hundreds of times more energetic than the ones that IceCube commonly detects—can produce intense radio signals when they smash into an atom in the ice.

“It’s commonly said that neutrinos are ‘elusive’ or ‘ghostly’ particles because of their remarkable ability to pass through material without smashing into something,” says Alex Pizzuto of the University of Wisconsin–Madison. “But at these incredible energies, neutrinos are like bulls in a china shop—they become much more likely to interact with particles in Earth.”

Peter Gorham, an experimental particle physicist at the University of Hawaii and principal investigator at ANITA, is lead author on a Cornell University paper describing the bizarre phenomenon.

Do We Live In A Quantum Universe That Interacts With Us?

Space-Time Warp May Exist Near Las Vegas – Could This Explain Why Time Slows Down In The Area?

According to New Scientist, Gorham and his research team watched“ a giant balloon carrying a collection of antennas float high above the ice, scanning over a million square kilometers of the frozen landscape for evidence of high-energy particles arriving from space.

When the experiment returned to the ground after its first flight, it had nothing to show for itself, bar the odd flash of background noise. It was the same story after the second flight more than a year later.

While the balloon was in the sky for the third time, the researchers decided to go over the past data again, particularly those signals dismissed as noise. It was lucky they did. Examined more carefully, one signal seemed to be the signature of a high-energy particle. But it wasn’t what they were looking for. Moreover, it seemed impossible. Rather than bearing down from above, this particle was exploding out of the ground.”

Gorham suggests that the only way it could happen is if the particle changed into a different type of particle before passing through the Earth and then back again. 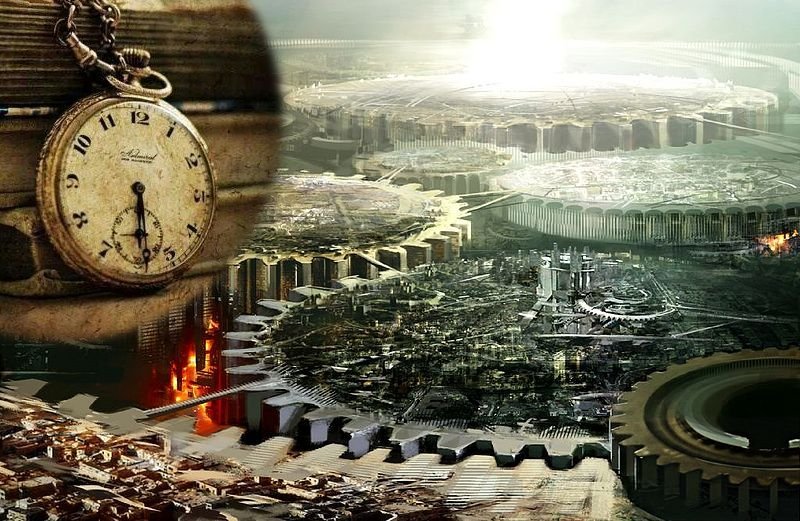 Many physicists say that time itself does not really exist.

The implications of this discovery are incredible. “Explaining this signal requires the existence of a topsy-turvy universe created in the same big bang as our own and existing in parallel with it. In this mirror world, positive is negative, left is right and time runs backward. It is perhaps the most mind-melting idea ever to have emerged from the Antarctic ice ­­– but it might just be true.”

If someone lives in this mirror Universe, they will see our reality as the one where time moves backwards.

More and more scientists are convinced our world is surrounded by a number of parallel worlds that are invisible to the naked eye. Although no-one has so far been able to prove that our Universe is only one of many, there are a number of clues that suggest parallel universe do exist.

In quantum physics, all potentials exist. Basically, if you can think it then there is a reality that corresponds to that thinking. The one with the highest probability is normally the one that we get to see, us the observer that collapses that reality into what is perceived as matter. Bur remember that timelines in a parallel reality are different.

Scientists have proposed parallel universe may be hidden inside supermassive black holes, but perhaps invisible, strange realities are much closer to us than previously thought.