Cynthia McKanzie – MessageToEagle.com – The multiverse theory is becoming more and more popular. Many scientists think it’s only a matter of time before we can find conclusive evidence of parallel universes.

When it happens, we will know with certainty that our Universe is only one of many other worlds existing next to our own. It will undoubtedly be one of the greatest scientific discoveries of all time, but there are also some theological issues to consider. What is the role of God in a parallel universe?

Do the multiverse theory and the existence of God contradict each other?

Some modern philosophers think that in an infinite universe and many worlds there is no room for a creator.  This is a sensitive subject and answers to many questions result in collisions between religion, physics, and philosophy. 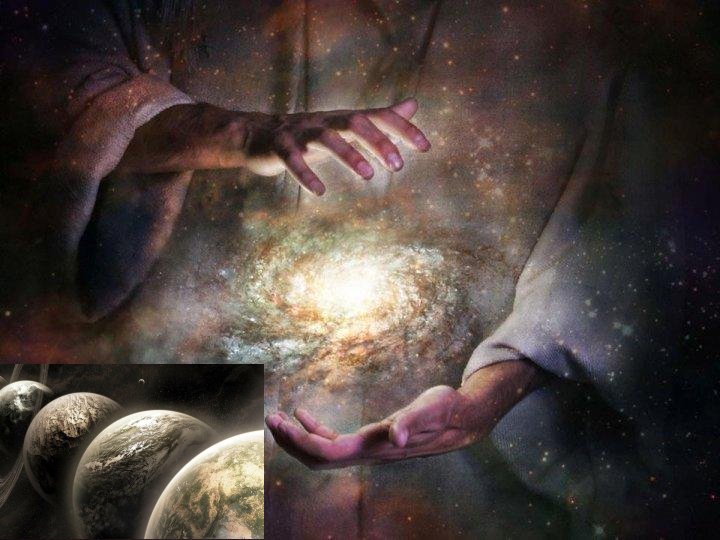 The multiverse theory is not as new as many think. More than 2,500 years ago, Greek Atomist philosophers debated the existence of multiple universes.

Atomism is the theory that all of reality and all the objects in the universe are composed of very small, indivisible and indestructible building blocks known as atoms (from the Greek “atomos”, meaning “uncuttable”) and this was subject ancient philosophers found fascinating.

The ancient Atomists turned to the multiverse theory to explain the world’s perfections, but how does a God fit in in all this?

Mary-Jane Rubenstein, Professor of religion and philosophy at Wesleyan University and author of the book Worlds Without End: The Many Lives of the Multiverse, thinks there are several complications religions will have to deal with if the multiverse theory continues to gain ground.

“You do run into some fascinating theological problems. Things like, for example, if you are operating within a Christian framework, you would need to ask, ‘Well are there inhabitants of those other universes? And if there are inhabitants of those other universes, are they fallen or not right? Have they sinned? Do all creations fall? And if they have fallen, do they also need Christ to go there to redeem them,” Rubinstein said, “If that’s the case, then theology has got a serious problem.” 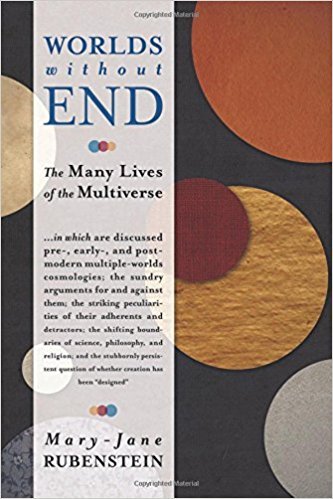 “Multiverse” cosmologies imagine our universe as just one of a vast number of others. While this idea has captivated philosophy, religion, and literature for millennia, it is now being considered as a scientific hypothesis―with different models emerging from cosmology, quantum mechanics, and string theory.

Beginning with ancient Atomist and Stoic philosophies, Mary-Jane Rubenstein links contemporary models of the multiverse to their forerunners and explores the reasons for their recent appearance. One concerns the so-called fine-tuning of the universe: nature’s constants are so delicately calibrated that it seems they have been set just right to allow life to emerge. For some thinkers, these “fine-tunings” are evidence of the existence of God; for others, however, and for most physicists, “God” is an insufficient scientific explanation.

Hence the allure of the multiverse: if all possible worlds exist somewhere, then like monkeys hammering out Shakespeare, one universe is bound to be suitable for life. Of course, this hypothesis replaces God with an equally baffling article of faith: the existence of universes beyond, before, or after our own, eternally generated yet forever inaccessible to observation or experiment. In their very efforts to sidestep metaphysics, theoretical physicists propose multiverse scenarios that collide with it and even produce counter-theological narratives. Far from invalidating multiverse hypotheses, Rubenstein argues, this interdisciplinary collision actually secures their scientific viability. We may therefore be witnessing a radical reconfiguration of physics, philosophy, and religion in the modern turn to the multiverse. Read more

Obviously there are some contradictions theologians and scientists must try and solve, but is it possible at all?

“For the ancient Atomist philosophers, the most desirable thing about what we’re now calling the multiverse was that it got rid of the need for a god,” Rubinstein said. “If it is the case that our world is the only world, then it’s very difficult to explain how everything is so perfect. How is it that sunsets are so beautiful?”

Divine Knowledge – Is God A Mathematician?

“Their explanation was that it’s not the case that some anthropomorphic god or gods made the universe so that it was just perfect the way it is, but that actually our world was just one of an infinite number of other worlds that looked totally different from our world and that worlds were the product just of accident, of particles colliding with one another and randomly forming worlds and an infinite amount of space to play in,” Rubenstein said.

Modern physicists have struggled with the “fine-tuning problem”, and everyone has his or her own theory. In our article The Quest For A Cosmic Creator – Was The Universe Designed For Us? We discussed the possibility that the Universe may have been specially created for us

Are the finely-tuned physical laws that surround us mere coincidence, or does it imply that a higher power created this world for various life-forms?

More and more scientists argue that the Universe appears as if it were specifically designed for the existence and well-being of Man.

However, if one universe exists, then it is strange to find it so hospitable to life when nearly any other value for the gravitational or cosmological constants would have produced nothing at all. Life as we know it could not exist if even tiny adjustments were made to any of a whole set of specific physical values.

What’s more, there was no equation, or theory, to explain why these numbers were set to just the right size.

“This challenge to science looked embarrassing,” Paul Davies, a physicist at Arizona State University said. It naturally invited appeals to God. “One rather naive view was to say that the universe was so finely-tuned because it was created by a being who wanted there to be life,” Davies said.

But if there is a “multiverse” of many universes, all with different constants, the problem vanishes: we’re here because we happen to be in one of the universes that work.

According to Brian Greene, Professor of physics and mathematics at Columbia University the two options, multiverse or God do not necessarily have to stand as rivals. “It could be that God is behind everything and we as physicists are just revealing God’s handiwork,” Greene said.

The Multiverse vs. God problem is intriguing, but physicists do not think it’s their duty to find a solution to this riddle. Perhaps neither alternative will provide the final answer. Davies feels that both are unsatisfactory, pointing out that, if the multiverse view is correct, then physicists still need to explain where it came from, and why it contains special “meta-laws” that enable it to spawn multiple universes.

“You’re appealing to an unseen, unexplained entity — the multiverse — with transcendent laws that you have to accept are there, as an act of faith,” Davies said. “But how is that different from believing in God?”