MessageToEagle.com – Have you ever dreamt of something that actually happened to you later in your life?

Perhaps you had a dream of a journey to a foreign country, a visit to an unknown place, a reunion with a friend you had not seen for years, a meeting with a stranger, or maybe something that brought you fortune and happiness? 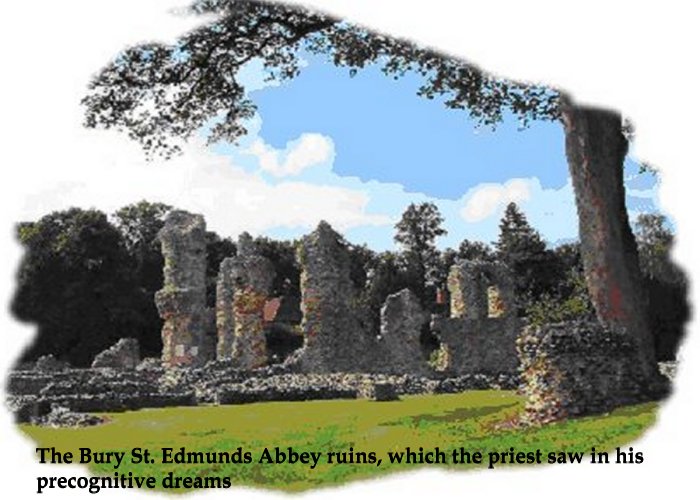 Did you forget about your dream and did it later come true? Does this scenario sound familiar to you?

Dreams can sometimes be as powerful as mysterious.

For as long times as anyone can remember, there have been accounts of people who experienced dreams that foretold the future.

This phenomena is known as precognition, meaning knowledge, or perception of the future. Precognition can occur in waking visions, but in most cases a person experiences it in dreams.
Precognition is often not taken seriously by scientists. You ask: Why? It is simply because the power of precognition cannot be tested and explained in an adequate scientific way.

Does this imply we must label precognition as a hoax? No, hardly. As we all know there are a number of phenomena and curious events that today still cannot be explained by scientists, and yet they do occur…

Modern science is progressing, but it cannot always offer a solution to all mysteries surrounding us. Especially the mysterious connection between mind, consciousness and time has perplexed the world of science for decades. 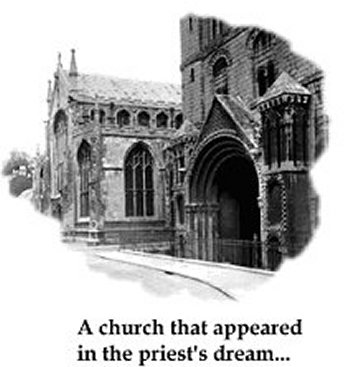 There are many remarkable examples of precognition. Many cases give us reason to believe that we should consider this subject seriously. Obviously, this topic deserves more attention and is worth investigating further.

Today, I would like to share an odd story of a certain priest in United Kingdom. This priest experienced three dreams, which all involved three different churches.
A priest dreaming of churches is perhaps nothing unusual. Under normal circumstances we could maybe assume that many priests do dream of a cross, Jesus, Virgin Mary, and yes a church. However, this case is unusual…

It all started over 40 years ago, when BBC broadcasted a documentary that focused on time travel. A priest who watched the program became interested because he recalled a series of dreams he had experienced in the past. He wrote to BBC and related his story. All the three dreams began in the same way.

He found himself at a vicarage; a building he believed was his childhood home. Interestingly, it appeared as if the vicarage belonged to a completely different church in each and one of the three dreams.

In the first dream, the priest left the vicarage and went to explore the church, which was a beautiful Middle Age building. In his second dream, he faced a huge, dark almost frightening Victorian church. 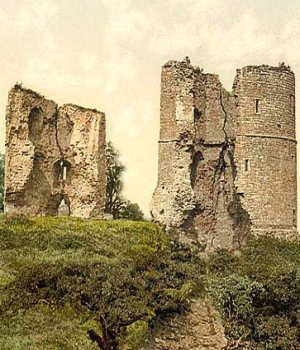 The third dream was slightly different. This time he never approached the church. Instead, he walked to the end of a cemetery where he saw what he thought to be the ruins of Hadleigh Castle, near Benfleet in Essex.

The priest did what most of us would do. In time, he simply forgot about his strange dreams and continues with his daily life.

One year later, in 1966 something happened. The priest was suddenly offered a position at a parish in Saxmundham, Suffolk. Upon arrival to Saxmundham he immediately recognized the building. It was the same Middle Age church that he had witnessed in his first dream.

At this point the priest did not give his dreams much thought. He considered it very unlikely that his second dream would come true.

He was not an enthusiast of Victorian churches and he could not imagine working in one of them.
Nevertheless, it turned out that destiny had other plans for him… In 1971, the priest was again offered a new position, and this time it was in Beckenham, Kent. He accepted it at once.

Only later, he did realize it was the same Victorian church he saw in his dream several years ago. The priest and his wife were surprised and also impressed by how well the two dreams had come true. It was almost a little scary.

Was it really possible that the third dream would also come true? It took a couple of years before the priest had a definite answer to his question.

Memories Of Your Ancestors Can Be Hidden In Your DNA

Dreams About Spiders: What Do They Really Mean?

This time destiny wanted him to become a vicar in the small town of S:t Mary’s at Bury St. Edmunds Suffolk. He accepted the offer and moved. When the priest investigated the area around the church, he became convinced he had experienced precognition. The church was surrounded by a large cemetery. At the end of the cemetery he discovered ruins of an old monastery. For a long while he stood and stared at the wall in front of him.

In two places the wall was particularly high. The scenery could easily be compared with the towers of Hadleigh Castle. The similarity was striking.

It was obvious the priest’s three dreams had foretold his future. According to the priest himself, the dreams had not influenced his decisions whether to accept or reject the job proposals he received. He maintained it was only after he accepted the new positions that he became aware of the precognitive dreams.

Precognition raises a fascinating question: Are our lives predetermined or do we have a free choice? Do we as individuals possess free will, or are the events in our lives bound to happen?