Cynthia McKanzie – MessageToEagle.com – President Donald Trump has discussed the UFO topic on some occasions, but he is reluctant to share information about classified cases, such as the Roswell crash for example.

The American president has previously said he has heard some interesting things about Roswell, but he’s not sharing even with his eldest child. 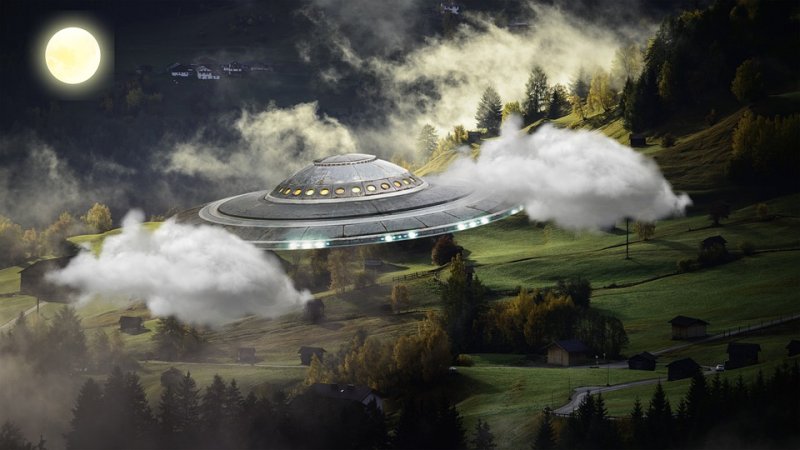 In June, the president’s son Donald Trump Jr. asked his father if he would let us know if there are aliens, adding it’s “the only thing I really want to know” and if he would ever “open up Roswell and let us know what’s going on there.”

When pressed further about declassifying information about Roswell, the president said, “I’ll have to think about that one.”

In previous media interviews, President Trump said he is skeptical about the possibility extraterrestrial craft are out there. In 2019, Trump said he received short briefing on UFO sighting but also offered: “People are saying they’re seeing UFOs. Do I believe it? Not particularly.”

Much has happened since then, but nothing that indicates a disclosure is on its way.

Earlier this year we were told the US Navy is going to investigate UFO sightings, but the data will remain classified.

Pilots and other staff are required to follow the US Navy’s new guidelines and report encounters with unidentified flying objects.

“Military aviation safety organizations always retain reporting of hazards to aviation as privileged information in order to preserve the free and honest prioritization and discussion of safety among aircrew,” Joe Gradisher, a spokesman for the office of the Deputy Chief of Naval Operations for Information Warfare said in a statement.

“Furthermore, any report generated as a result of these investigations will, by necessity, include classified information on military operations.”

He added, “Therefore, no release of information to the general public is expected.”

We have also been informed the Pentagon is still interested in UFOs and has up a new task force under the US Navy to investigate UFO sightings.

Japan has also expressed its interest in UFOs and Defense Minister Taro Kono has announced his country should have a plan for possible UFO encounters. His statement came at a news conference on April 28 after the U.S. Defense Department declassified and released videos shot by Navy pilots pointing to the possibility that UFOs exist.

“Sunday Morning Futures” host Maria Bartiromo asked Trump point-blank whether the objects exist, to which the president replied, “Well, I’m gonna have to check on that. I mean, I’ve heard that. I heard that two days ago, so I’ll check on that. I’ll take a good, strong look at that.”

How much or little President Trump will accomplish when “investigating” the UFO phenomenon no-one can tell, but it’s at least a positive sign he has expressed interested in a subject millions of people around the world are curious about.

What is less clear is his attitude toward advanced extraterrestrial life. In the Fox News interview, President Trump quickly reminded listeners how powerful the US military is. Some took it to be the President threatening aliens with human weaponry.

“I will tell you this, we now have created a military the likes of which we’ve never had before, in terms of equipment. The equipment that we have, the weapons that we have, and hopefully — hope to god we never have to use them,” President Trump said.

“Russia, China, they’re all envious of what we’ve had. All built in the USA, we’ve rebuilt it, $2.5trn. As far as the other question, I’ll have to check on it. I heard about it two days ago actually,” he said.