Cynthia McKanzie – MessageToEagle.com – Not long ago a scientist from Ohio University made a startling claim suggesting he has discovered evidence of alien life on Mars.

The Professor made this conclusion after analyzing hundreds of different images taken by NASA’s Curiosity Rover from the Red Planet. Later, the Ohio University website also published a press release that details the discovery.

Now the Ohio University has suddenly removed the press release about this discovery. 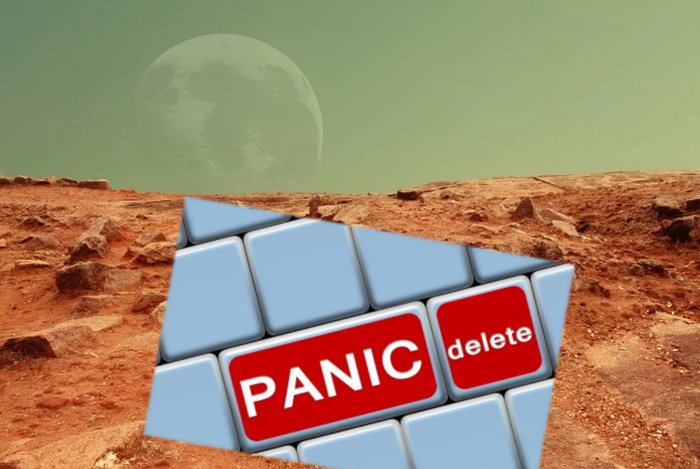 As previously reported, Ohio University Professor Emeritus William Romoser, has spent several years studying photographs from the red planet that are available on the Internet.

He found numerous examples of insect-like forms, structured similarly to bees, as well as reptile-like forms, both as fossils and living creatures. He presented his findings Tuesday, Nov. 19, at the national meeting of the Entomological Society of America in St. Louis, Missouri.

“There has been and still is life on Mars,” Romoser said, noting that the images appear to show both fossilized and living creatures.

“There is apparent diversity among the Martian insect-like fauna which display many features similar to Terran insects that are interpreted as advanced groups – for example, the presence of wings, wing flexion, agile gliding/flight, and variously structured leg elements.”

Highly Advanced Extraterrestrial Civilizations Could Have Lived On Earth, Mars And Venus Billions Of Years Ago – Scientist Says

Professor Romoser’s discovery was published by almost all international media outlets, but his claims were received with skepticism and criticized by several space experts who stated his discoveries are nothing but classic cases of pareidolia.

Pareidolia is a psychological phenomenon that causes people to see patterns in a random stimulus.

Although Professor Rosomer’s claims made international headlines it now seems clear the Ohio University could not handle the criticisms and decided to delete the press release in which the entomologist assures the presence of alien life on Mars.

You can see all images published by Professor Rossomer and read the deleted press release here.

As International Business Times reports, “several previous studies had suggested that alien life might have thrived on Mars millions of years ago. However, a section of space scientists argues that extraterrestrial life, at least in its microbial form could be still living on the Red Planet.

A few months back, Dr Jim Green, a chief scientist at NASA had suggested that alien life will be discovered on Mars by 2021. Green also added that humans are not ready to accept the realities surrounding the existence of extraterrestrials.”