Cynthia McKanzie – MessageToEagle.com – Looking through telescopes and listening to radio signals is one way to search for extraterrestrial life, but there are also other methods scientists can take advantage of if they want to find aliens.

As MessageToEagle.com reported earlier, not so long-ago scientists came up with the idea that searching for technosignatures can help us find extraterrestrial civilizations.

In order to detect if planets are harboring life, however, scientists must first determine what features indicate that life is (or once was) present. 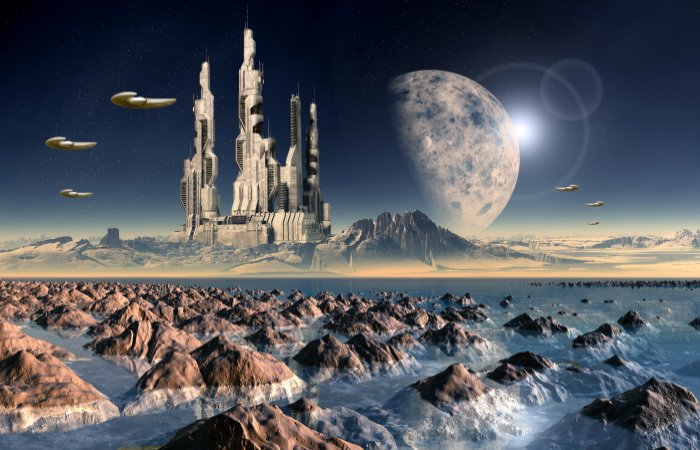 Over the last decade, astronomers have expended great effort trying to find what traces of simple forms of life—known as “biosignatures”—might exist elsewhere in the universe. But what if an alien planet hosted intelligent life that built a technological civilization? Could there be “technosignatures” that a civilization on another world would create that could be seen from Earth? And, could these technosignatures be even easier to detect than biosignatures?

Last year, Adam Frank, a professor of physics and astronomy at the University of Rochester, received a grant from NASA that will enable him to begin to answer these questions. The grant will fund his study of technosignatures—detectable signs of past or present technology used on other planets.

Now there it has been proposed future NASA missions should also focus some of their efforts on the search for technosignatures.

In an article, published in the specialized journal Acta Astronautica, we can read about the initial conclusions of a meeting of experts in the search for intelligent extraterrestrial life, sponsored by the space agency to gather advice about this topic.

Several ideas are presented to search for technosignatures that would indicate the existence of extraterrestrial civilizations, from the most humdrum, such as the presence of industrial pollution in the atmosphere or large swarms of satellites, to hypothetical gigantic space engineering work, such as heat shields to fend off climate change, or Dyson spheres for optimum use of the light from the local star.

Some of the proposed searches look very far in space, across our galaxy, and even beyond, while others aim at scanning our own solar system in search for probes that might have been sent here in the distant past. In addition, a study is included of a new way of classifying the technosignatures as a function of their “cosmic footprint”, a measure of how conspicuous they are at large distances.

“We have no idea whether intelligence is something very common in the Universe or, on the contrary, whether it is extremely rare”, explains Hector Socas-Navarro, an IAC researcher, the Director of the Museum of Science and the Cosmos, of Museums of Tenerife, and the first author of the article.

“For that reason we cannot know whether these searches have any chance of success. There is no choice but to search and see what we find, because the implications would be tremendous”.

“The idea of searching for technosignatures draws upon the technology we have on Earth today and possible extensions of our technology into the future”, notes Jacob Haqq-Misra, a coauthor of the article and chairman of the TechnoClimes 2020 organizing committee.

“This does not necessarily mean that any extraterrestrial technology must be like our own, but imagining plausible extensions of our own future is one place to begin thinking of astronomical searches we could actually do to look for possible technosignatures”.

In 1993, NASA abruptly terminated its initial SETI programme for the search for intelligent extraterrestrial life, when it had hardly started. It comprised two complementary ambitious projects, one using the giant radiotelescope at Arecibo, Puerto Rico, and the other with the antennas of the Deep Space Network in California. Now, nearly 30 years later, things have changed and the Agency wants to re-start its search effort.

Given present and future technological advance, there will be new opportunities to search for technosignatures. That is why NASA has decided to get involved again in the search for extraterrestrial intelligence, taking advantage of the possibilities of the current and proposed future space observatories.