MessageToEagle.com – The Sami culture is the oldest culture in large areas of the North Europe. Before the Swedish, Finnish or even the Viking culture had developed, the Scandinavian was populated by the Sami people (earlier refered to as the Saemieh. The Sami have always focused the interest of the Greek and Roman historians of antiquity and present-day scholars.

The oldest written source of knowledge on the Sami is that of the Roman historian Tacitus,and dates back to 98 AD, although his account most certainly was based on unverified sources only.

The Sami were the first who traded ‘with Vikings and later with other travelers from northern Europe.

The Arctic area of Sápmi is their homeland.

The Sami (Sámi) people, who live in the far north of Europe, have never had a sovereign state of their own and today, they live in four countries: Norway, Sweden, Finland and Russia. Approximately 80,000 Sami people live in these four countries; however, around half live in almost all parts of Norway. Currently, there are Sami political, cultural and youth organizations in all four countries and a Sami Parliament in each of the three Scandinavian ones.

Why The Sami’s Language Is So Special

The Sami’s language, handicraft, traditional clothing, and music, are distinctively different from other ethnic groups in Scandinavia.

The Sami people speak a language that is a member of the Uralic language family along with such languages as Finnish, Hungarian and Estonian. Interestingly, Norwegian and other Indo-European languages are not related to the Sami language.

Inside the Sami homeland, there are nine different but closely related Sami languages are spoken in the Sami region. Today, three of these dialects are in active use in Northern Norway. Sami people from the south of Northern Norway can talk easily to their nearest Sami neighbors in Sweden, but cannot communicate with Sami people from the far north.

Where Do Sami People Live Today?

Today, around 2,600 Sami people in Norway make their living from reindeer herding and the majority of the region of Northern Norway is actually used for raising reindeer, an important animal for the Sami people, providing them with fur, milk which tastes sweet and looks like melted ice cream), transportation and meat. Reindeer herders migrate with their animals and reindeers are not kept in captivity. They usually roam free on pasture grounds.

For many important environmental, cultural, traditional and even political reasons, reindeer herding is legally reserved only for Sami people in some regions of the Nordic countries. A large number of Sami people live outside the traditional Sami areas, for example, in the towns of Northern Norway or have moved definitely to Norway’s capital, Oslo.

However, even more of these people still live traditionally in their settlemenrs but work in industry, modern service and the public sector.

Before Christianity, traditional Sami peoples’ beliefs were based on the practice of shamanism and animism.

Animism was manifested in that all significant natural objects, such as animals, plants, rocks, etc. possessed a soul. Sami people also believed in the existence of a number of spirits.

The Bear Cult was especially widespread. Sami people also believed in gods who steered the powers of nature in differing ways. The will of these gods was interpreted by Sami shamans called Noaid. Gods were called upon during periods of hunger, sickness or when hunting, and their messengers were the Noaid. In daily life, the Noaid were like others in the group, but through their ability to enter into a trance and take on the spirit of animals they were freed from time and space.

The Symbolic Importance Of The Magic Drum

The magic drum was of great symbolic importance among the Sami people. The Noaid used the drum to interpret the messages of the gods.

After drumming, an object on the drum comes to rest pointing to one of the symbols on the drum and the Noaid could read the message of the gods. The symbols on the magic drum were representations of images from nature. As they were passed down through the generations, over time these images were refined into symbols.

Sieidis Were Places Of Worship And Gateways To The Spirit World

In Northern Scandinavia there are a number of places called Sieidis. These are natural landforms that were worshipped by the Sami people and regarded as gateways to the spirit world.

The Sieidis were considered alive and they required regular attention or the consequences could be devastating and lead to lack of luck, illness or even death. Sami practiced the tradition of giving back to the Sieidis and offering were made at these sacred sites.

Joik Is One Of The Oldest Song Traditions In Europe

The Sami culture is very rich and has many unique forms of expression. One of them is Joik (jojk), one of the oldest song traditions in Europe. The joik of the Sami people is beautiful form of dedication to an animal, a person or an important place and even a special event. Traditionally, joiks have been performed without musical instruments, but in modern times, music accompanies the singing of joik.

Winged Hussars: Facts And History About The Polish Warriors, Their Armor And Military Tactics 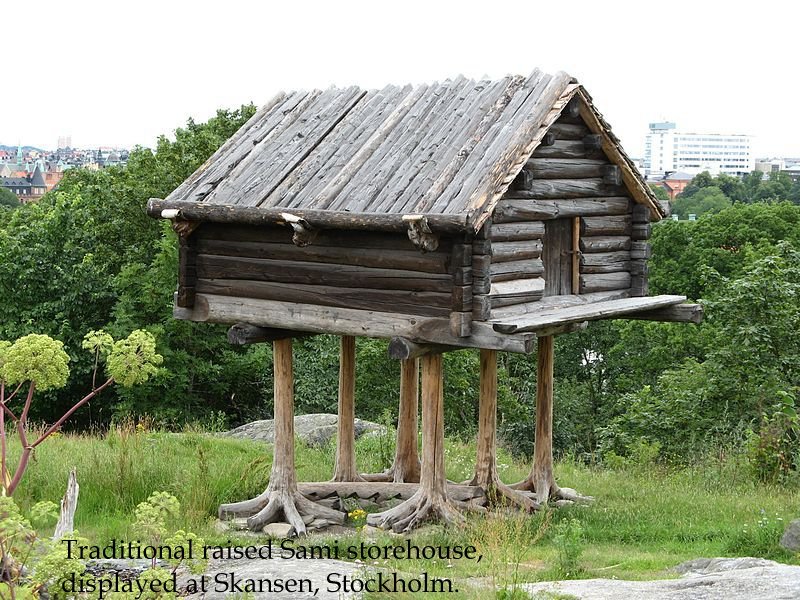 The knitted beautiful Sami jackets are another unbroken, living tradition. We do not have to forget traditional Sami boots that keep are used when the temperature drops below -40!
You can determine which region a Sami member comes from by the kolt they are wearing.

The traditional costume worn by Sámis is called gákti (in Swedish: kolt). It is worn on many occasions such as religious festivities, weddings, funerals, and during daily work.
Traditionally, the gákti was made from reindeer leather but also wool, cotton, or silk.

Gáktis differ from community to community. In southern parts of Sápmi homeland, they are longer than the ones in the north of the region. The colors, patterns and the jewelry of the gákti reveal where a person is from, if a person is single or married, and sometimes patterns and colors can be specific for a family.
The Sami flag is in their four favorite colors: blue, red, yellow and green. The circle on the flag derives from the sun, in red, a symbol appearing on many shaman drums. The blue half of the circle represents the moon.