A. Sutherland  – AncientPages.com – In ancient Egypt, there was no public school system. In consequence, the average Egyptian could neither read nor write. It is estimated that less than one percent of Egyptians – at least during the Old Kingdom – were literate. 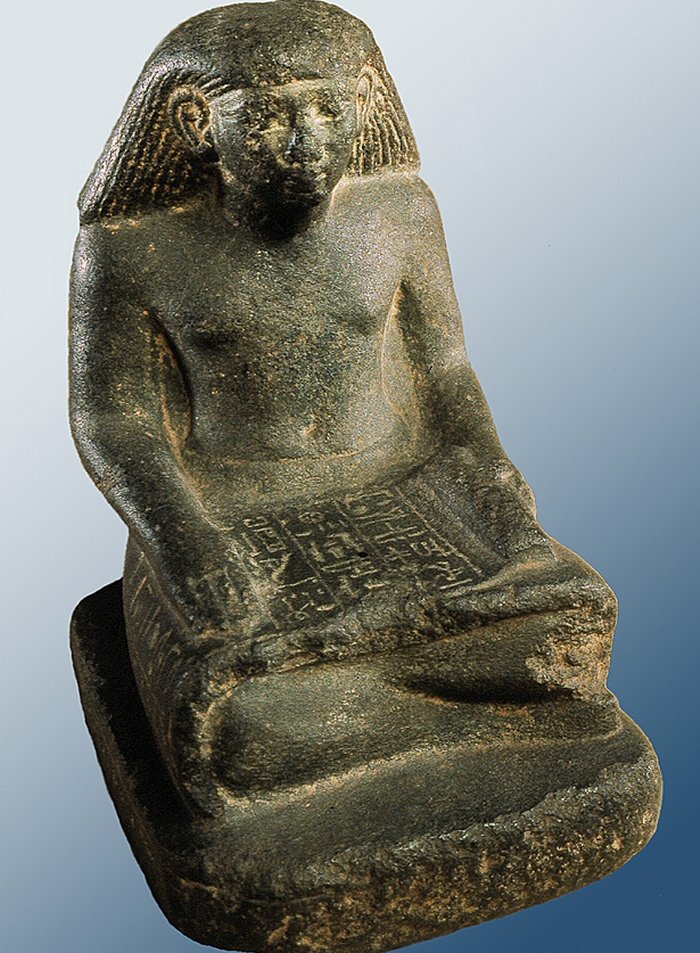 This early New Kingdom statue commemorates the scribe Minnakht (“Strength of Min”) and demonstrates how ancient scribes read papyri – in a seated position on the floor with the text on their lap. Image credit: Walters Art Museum – Public Domain

Therefore, scribes were widely needed in the country. They represented the largest group of workers (after farmers) that included thousands of officials, individuals hired to handle various accounts, official correspondence for large estates, and many freelancers.

Successful scribes never had to do manual labor as others, and society respected them widely.