MessageToEagle.com –  The Sun Chariot – now in the collection of the National Museum of Denmark in Copenhagen – was found in September 1902 in a peat bog on the Trundholm moor in northwestern Zealand (Sjælland) – most populated island in Denmark.

The Sun Chariot – a beautiful example of prehistoric Northern European sculpture was made in the Early Bronze Age around 1400 BC.

The Sun Chariot consists of the solar disk, the axle, and four wheels with spokes and supports the idea that the sun was drawn on its eternal journey by a divine horse. 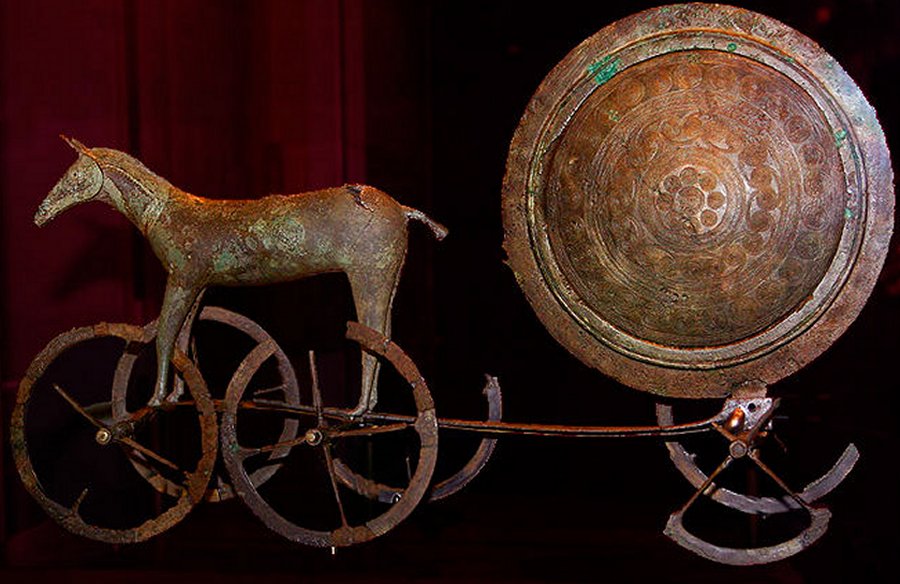 It is uncertain if the sun was imagined as being the chariot itself, or as riding in a chariot. Credits: natmus.dk

The bronze statue symbolizes the motion of the sun.

However, it is uncertain if the sun was imagined as being the chariot itself, or as riding in a chariot. 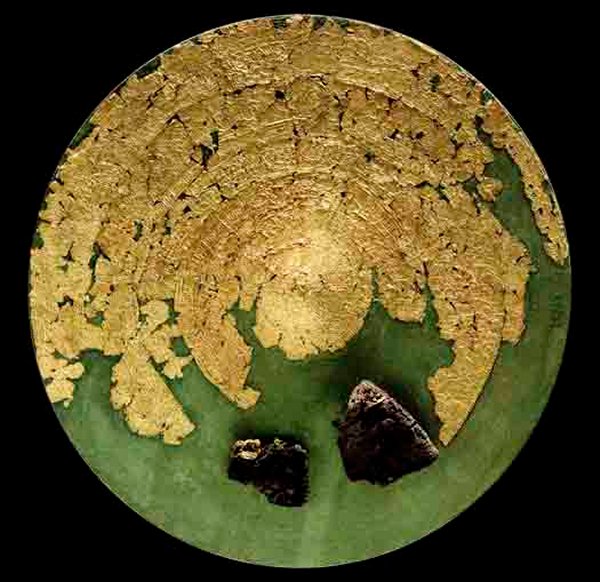 The Sun Chariot from Trundholm Mose was probably not the only one of its kind. Parts of a golden sun disc are amongst the finds from Jægersborg Hegn in northern Zealand. Perhaps it originally was part of a sun chariot?

The existence of a model of a horse-drawn vehicle on spoked wheels in Northern Europe at such an early time is very unusual, as the earliest known actual chariots (as opposed to ox-drawn carts without spokes) in Europe are from the Iron Age, dating from c. the 6th century BC.

The disk has a diameter of ca. 25 cm, and is gilded on only one side, the right-hand one relative to the horse.

What was the original function of ancient bronze disks with ornamentations? Could they had been ancient calendars? 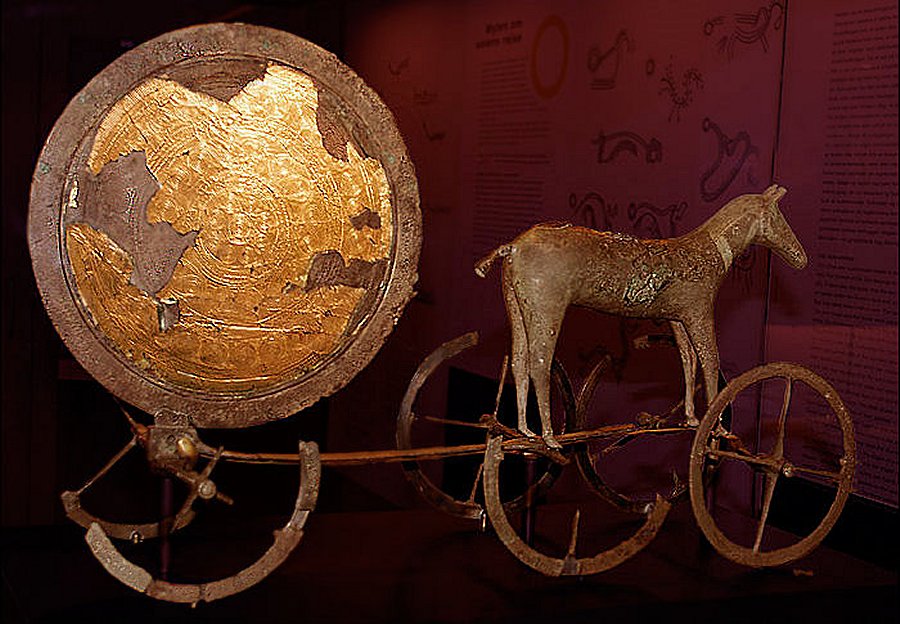 The Sun Chariot was made in Denmark, most likely in northern or northwestern Zealand, not far from its finding place in Trundholm Mose. The image of the horse pulling the sun across the sky was familiar to most Scandinavians in the Bronze Age, but the complicated spirals seen on the disc of the Sun Chariot are very characteristic of the Danish area. The most beautiful and well-made spiral patterns are found on women’s belt ornaments in northern Zealand – a fine example is the belt plate from Langstrup. Credits: natmus.dk

The Sun was the most powerful symbol of the Bronze Age cosmology in Denmark so the two sides of the disk are believed to be representations of the sun.

This has been interpreted as an indication of the belief that the Sun is drawn across the heavens from East to West during the day, showing its bright side – the gilded one. During the night, it returns from West to East, showing his “dark side” to the Earth.
Looking at the disk we see decorations that are composed from several spirals, concentric circles and bands with zigzags.
What do they all mean? 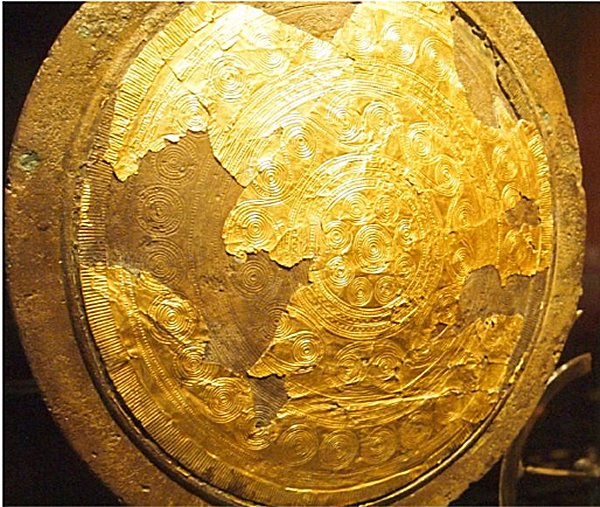 The gilded solar face of the disk. Note the “rays” at the rim of the golden disk (Credit, adapted from a picture taken at the National Museum, Copenhagen Denmark, by Kim Bach)

The Sun chariot remains one of the most intriguing Bronze Age artifacts discovered in Denmark.

First version of this article was originally published on April 60,2014
Copyright © MessageToEagle.com – All rights reserved. This material may not be published, broadcast, rewritten or redistributed in whole or part without the express written permission of MessageToEagle.com