Cynthia McKanzie – MessageToEagle.com – Believing in the existence of extraterrestrial life and being convinced aliens have visited us is not the same. Billions of people are certain we are not the only intelligent species in the Universe, but not everyone subscribes to the theory aliens have paid us any visits. 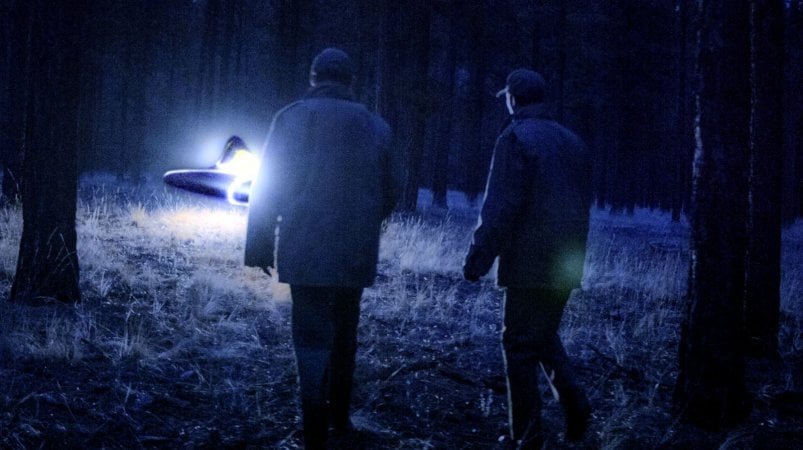 A still from The Phenomenon. Credit: 1091 Media

The Universe is huge and crossing vast distances in interstellar ships requires extraordinary technology we humans do not possess, but maybe there are aliens out there who are advanced enough to cross light-years and explore alien planets.

But if they are so sophisticated why should they bother to visit us, humans? These are questions that have been of interest to all of us interested in extraterrestrial life.

The Phenomenon is a documentary written by Fox and award-winning author and filmmaker Marc Barasch. It’s directed by James Fox and narrated by Peter Coyote. The documentary will reveal never-before-Seen UFO footage, as well as interviews with key eyewitnesses, experts and officials to investigate whether or not we are alone in this universe and what extraterrestrials are attempting to communicate.

“Twenty-five years into investigating unidentified aerial phenomena, I’m faced with the unavoidable fact they’re real, they’re global, and we’re potentially dealing with a form of consciousness that shares our world and impacts our lives in powerful ways,” said Fox in a statement.

“Our team has assembled the most compelling testimony and evidence from around the world that will lead even the most ardent skeptics to the inescapable conclusion that we are not alone.”

“This film explores not only the reality of UFOs, but their challenge to our preconceptions about reality, our collective life on this planet, and really, our place in the cosmos,” added Barasch.

“The public’s growing realization of the UFO presence—lately ratified by the U.S. Navy on the front page of The New York Times—amounts to a new Copernican Revolution.

We hope our film will have a provocative cultural impact, framing a new understanding, and catalyzing fresh ways of looking not only at The Phenomenon, but at ourselves and the ever-evolving future of humanity.”

1091 Media will release The Phenomenon in theaters nationwide in June 2020, followed by a digital release in September 2020.