Cynthia McKanzie – MessageToEagle.com – The Universe is vast and most of us agree extraterrestrial civilizations are out there somewhere.

Until now, scientists have discovered more than 4,000 exoplanets, including some Earth-like planets that may have the potential to harbor life. It’s difficult to imagine we could be the only intelligent species living among all these stars and planets.

But to say that extraterrestrials exist is much easier than finding their home planets. So where are the aliens we are so eager to find? 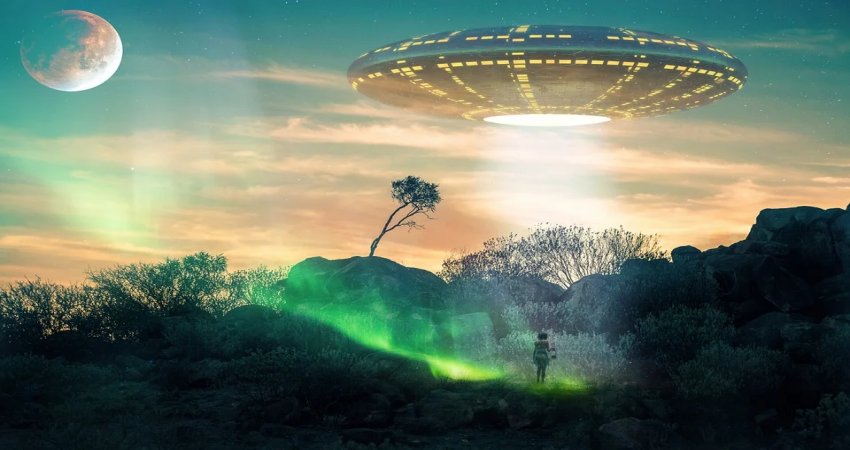 Scientists have now come up with a new idea that will help us locate extraterrestrial life.

In order to detect if planets are harboring life, however, scientists must first determine what features indicate that life is (or once was) present.

Over the last decade, astronomers have expended great effort trying to find what traces of simple forms of life—known as “biosignatures”—might exist elsewhere in the universe. But what if an alien planet hosted intelligent life that built a technological civilization? Could there be “technosignatures” that a civilization on another world would create that could be seen from Earth? And, could these technosignatures be even easier to detect than biosignatures?

Adam Frank, a professor of physics and astronomy at the University of Rochester, has received a grant from NASA that will enable him to begin to answer these questions. The grant will fund his study of technosignatures—detectable signs of past or present technology used on other planets.

This is the first NASA non-radio technosignature grant ever awarded and represents an exciting new direction for the search for extraterrestrial intelligence (SETI). The grant will allow Frank, along with collaborators Jacob-Haqq Misra from the international nonprofit organization Blue Marble Space, Manasvi Lingam from the Florida Institute of Technology, Avi Loeb from Harvard University, and Jason Wright from Pennsylvania State University, to produce the first entries in an online technosignature library.

“SETI has always faced the challenge of figuring out where to look,” Frank says. “Which stars do you point your telescope at and look for signals? Now we know where to look. We have thousands of exoplanets including planets in the habitable zone where life can form. The game has changed.”

The nature of the search has changed as well. A civilization, by nature, will need to find a way to produce energy, and, Frank says, “there are only so many forms of energy in the universe. Aliens are not magic.”

Although life may take many forms, it will always be based in the same physical and chemical principles that underlie the universe. The same connection holds for building a civilization; any technology that an alien civilization uses is going to be based on physics and chemistry. That means researchers can use what they’ve learned in Earth-bound labs to guide their thinking about what may have happened elsewhere in the universe.

“My hope is that, using this grant, we will quantify new ways to probe signs of alien technological civilizations that are similar or much more advanced to our own,” says Loeb, the Frank B. Baird, Jr., Professor of Science at Harvard. 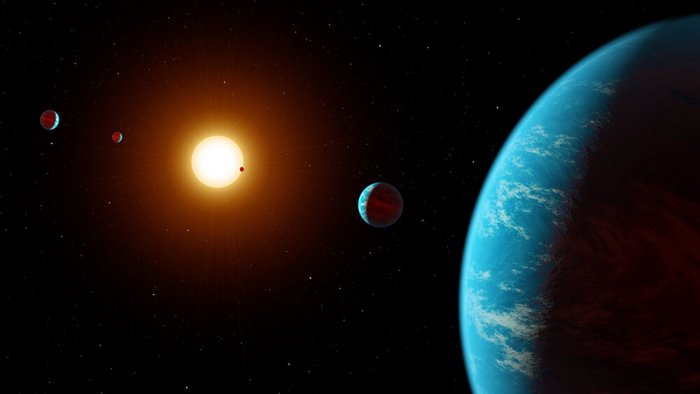 Scientists have discovered more than 4,000 planets outside our solar system. In the search for intelligent life, astrophysicists including the University of Rochester’s Adam Frank are seeking the physical and chemical signatures that would indicate advanced technology. Credit: NASA/JPL-Caltech

The researchers will begin the project by looking at two possible technosignatures that might indicate technological activity on another planet:

The information will be gathered in an online library of technosignatures that astrophysicists will be able to use as a comparative tool when gathering data. 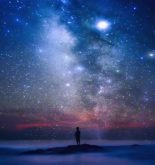