Cynthia McKanzie – MessageToEagle.com – Former Senator Harry Reid has on several occasions expressed he does believe in the existence of extraterrestrial life and he believes we have and are being visited by advanced alien civilizations. He has done all he could to support the search for UFOs, and he has urged politicians to start treating the UFO subject seriously.

If UFOs are in the vicinity of our planet what are they observing?  Are UFOs interested in our nuclear facilities? 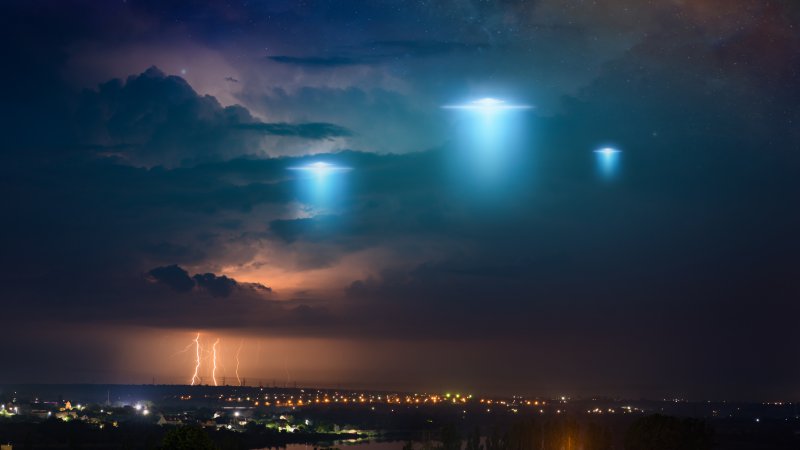 “We know that unusual things have happened over decades on a regular basis and we know that in the Dakotas, a missile launching facility has been shut down because of something over one of them basically shutting off the power to them. We know the accounts off the coast of San Diego where ships have found these unusual things in the water and it shut down the communications on the ships,” Reid said previously.

A while back MessageToEagle.com reported we will soon be able to watch The Phenomenon, a new documentary with never-before-seen footage attempting to demonstrate extraterrestrials are real.

You don’t have to wait any longer. “The Phenomenon” is currently available via VOD.

In the recently released documentary Reid, who was a prominent figure in forming the Department of Defense’s secret UFO program said: “If they had been called upon by the president to launch [the nukes] they couldn’t have done it.”

Most” UFO research “hasn’t seen the light of day.” Nobody has to agree why it’s there, but shouldn’t we at least be spending some money to study this phenomenon?” he said in the documentary. “Shouldn’t we study the stuff? The answer’s yes. And that’s all this was about. And why the federal government all these years has covered up, put brake pads on everything, stopped it. I think it’s very, very bad for our country,” Reed said in the documentary.

As reported by the American Military News, “Reid isn’t the first to discuss UFOs’ interference of nuclear weapons. Prominent UFO researcher Robert Hastings alleged in 2010 that at least 120 former U.S. service members had witnessed UFOs flying around nuclear weapons facilities, some of whom claimed nuclear weapons became inoperable in the presence of UFOs, CBS News reported.

Reports of UFOs interfering with U.S. military operations aren’t new. In fact, Congress has pressured the Pentagon for answers on reports of UFOs flying through military airspace. The Pentagon formed the Unidentified Aerial Phenomena Task Force in August in an effort to improve its identification and insight into UFOs, as well as their potential threat to national security.

Department of Defense spokesperson Sue Gough said in August, “The Department of Defense established the UAPTF to improve its understanding of, and gain insight into, the nature and origins of UAPs. The mission of the task force is to detect, analyze and catalog UAPs that could potentially pose a threat to U.S. national security.”

The Department of Defense and the military departments take any incursions by unauthorized aircraft into our training ranges or designated airspace very seriously and examine each report. This includes examinations of incursions that are initially reported as UAP when the observer cannot immediately identify what he or she is observing,” Gough added.”

Earlier this year we were told the US Navy is going to investigate UFO sightings, but the data will remain classified.

We have also been informed the Pentagon is still interested in UFOs and has up a new task force under the US Navy to investigate UFO sightings.

Japan has also expressed its interest in UFOs and Defense Minister Taro Kono has announced his country should have a plan for possible UFO encounters. His statement came at a news conference on April 28 after the U.S. Defense Department declassified and released videos shot by Navy pilots pointing to the possibility that UFOs exist.

Of course, we mustn’t forget President Trump said he will take a ‘good, strong look’ at whether UFOs exist.

Perhaps the day of disclosure is approaching slowly.