A. Sutherland  – AncientPages.com – In Karelian-Finnish mythology, Ukko (‘grandfather ‘or ‘old man’), was responsible for weather, lightning, thunderstorms, he controlled the clouds and the harvest of the year.

Powerful thunderstorms were heard when the god Ukko was driving his chariot through the skies, according to an ancient explanation of this natural phenomenon. 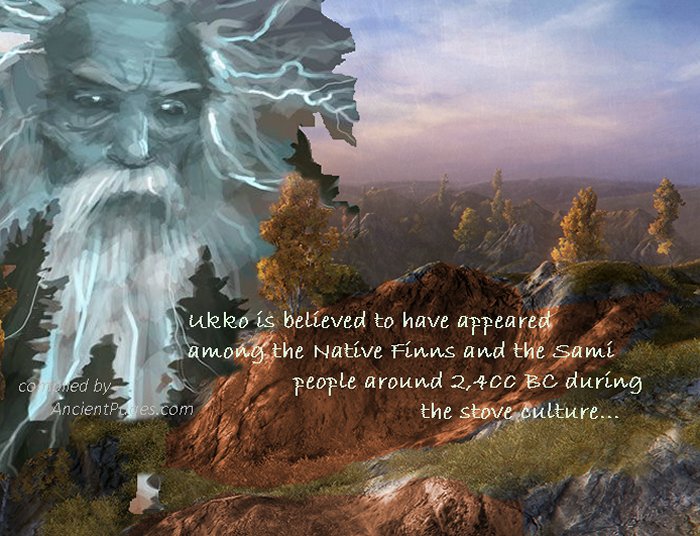 Frost, ice, snow, hail, wind and rain, sunshine and shadow, were believed to come from the hands of Ukko.

As the god of heaven, he was to be pleased for the harvest to succeed. He was worshiped as the patron saint of crops and cattle. Ukko – the “The Pivot of the Heavens” – was often depicted as sitting upon a cloud in the vault of the sky, and bearing on his shoulders the firmament.

Ukko created and maintained order in the world, and his act of creation of all things was described in the Finnish epic ‘Kalevala’:

“Ukko, that supreme Creator, he himself, Ukko, the God of heaven, separated water from heaven, he shared water with land (9: 33-36). “