MessageToEagle.com – Spontaneous Human Combustion (SHC) is a well known but unexplained phenomenon when the human body bursts into flames without any external source of flammable ignition.

During the last 300 years, at least 200 cases of SHC have been registered around the world but it is not exactly correct.

The SHC phenomenon was mentioned much earlier, for example, by a Roman poet and philosopher, Titus Lucretius Carus (98-55 B.C.).

Throughout history, many more cases of SHC could occur but they have never been officially recorded.

A very popular and long existing theory says that the victims of spontaneous combustion fire drank lots of alcohol, which – as a flammable liquid – and that could cause the combustion process.

But how we explain SHC victims who never were heavy drinkers? Other theories blame obesity (increased body weight caused by excessive accumulation of fat), static electricity and divine intervention.

On April 4, 1731 the Countess of Cesena, Italy was found burnt to death, on the floor of her bedroom.

All what’s left of the Countess’s body were her stockinged legs and the rests of her head. Also greasy soot was again found like in other similar cases of SHC.

Many other SHC incidents inspired Charles Dickens (1812 – 1870), the great English novelist, who described the phenomenon in his novel “Bleak House”.

Almost immediately, he was attacked by critics who considered SHC acts as incapable of occurring and rather an irrational belief. 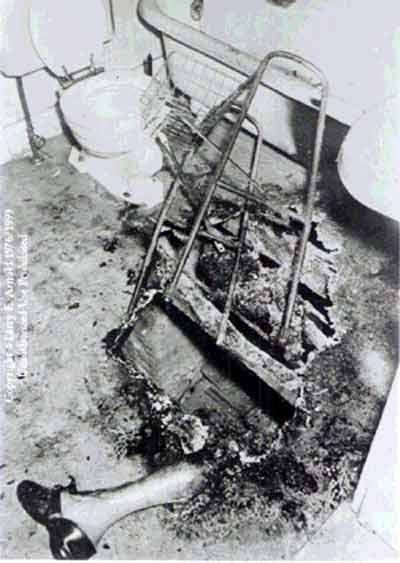 In 1966, Dr. John Irving Bentley who was consumed by fire in the bathroom of his home in Coudersport, Pennsylvania. About all that was left of him – in recognizable form – was his lower leg that had burned off at the knee; it was lying at the edge of a hole about two and a half by four feet which had burned into the basement. (Arnold, Larry E. 1995. Ablaze! The mysterious fires of spontaneous human combustion)

Dickens, who carefully researched the phenomenon based on about thirty cases, could easily defend himself.

There is a certain pattern in all SHC incidents no matter whether the case is old or modern. Police and fire experts usually find burned corpses except for extremities and no burned furniture.

Mystery Of The Black-Eyed People – Why Are They So Different From The Rest Of Us?

Mystery Of Streetlight Interference – Are You Also A SLIder?

Also the alcoholism theory seems to be insufficient to explain all mysterious cases of SHC.

“One minute they may be relaxing in a chair, the next they erupt into a fireball.

“Jets of blue fire shoot from their bodies like flames from a blowtorch, and within half an hour they are reduced to a pile of ash.
“Typically, the legs remain unscathed sticking out grotesquely from the smoking cinders. Nearby objects – a pile of newspapers on the armrest, for example – are untouched,” a Cambridge professor, Brian J Ford said.

Professor Ford is a research biologist and author of more than 30 books, most about cell biology and microscopy but he has turned his attention to the mechanisms behind why people ‘explode’. 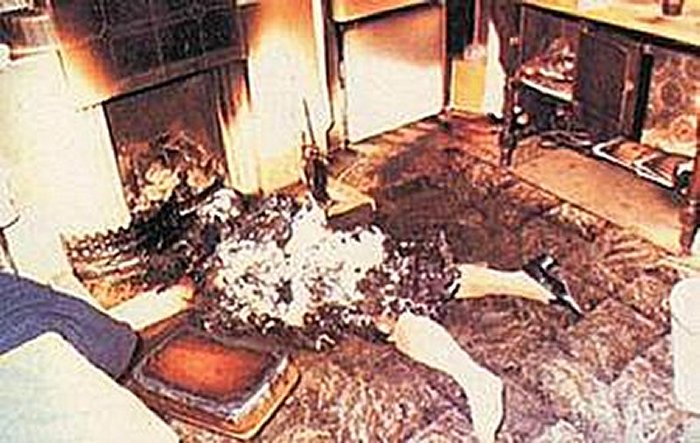 “The fire had been confined to the sitting room,” the BBC reported. “The only damage was to the body, which was totally burnt, the ceiling above him and the floor underneath him.” No accelerant was found nor any signs of foul play…”

Professor Ford wanted to disprove the alcoholism theory along with the so-called “wick effect” suggested by London coroner Gavin Thurston in 1961.

Thurston had described how human fat burns at about 250c, but if melted it will combust on a wick – such as clothes or other material – at room temperatures.

“I felt it was time to test the realities, so we marinated pork abdominal tissue in ethanol for a week. “Even when cloaked in gauze moistened with alcohol, it would not burn.

“Alcohol is not normally present in our tissues, but there is one flammable constituent in the body that can greatly increase in concentration.” The body creates acetone, which is highly flammable.

“A range of conditions can produce ketosis, in which acetone is formed, including alcoholism, fat-free dieting, diabetes and even teething,” Ford explained.

“So we marinated pork tissue in acetone, rather than ethanol. “This was used to make scale models of humans, which we clothed and set alight. “They burned to ash within half an hour.

“For the first time a feasible cause of human combustion has been experimentally demonstrated.”

First version of this article was originally published on August 24, 2012