MessageToEagle.com – In ancient Egypt, hieroglyphs were called, “the words of God” and they were used mainly by the priests who possessed vast knowledge in a variety of subjects.

Egyptian pharaohs were considered to be both divine deities as well as mortal rulers.

The pharaohs were powerful beings who were worshipped by ordinary people and today we find their names carved in stone on the walls of temples and tombs
According to the British Museum “the ancient Egyptians used writing to communicate information about a person shown on a sculpture or relief.
They called their writing ‘divine word’ because they believed that Thoth, god of wisdom, had taught them how to write.

Our word hieroglyphs derives from a phrase meaning ‘sacred carvings’ used by the ancient Greek visitors to Egypt to describe the symbols that they saw on tomb and temple walls.

The number of hieroglyphic signs gradually grew to over 7000 in total, though not all of them were used on a regular basis. 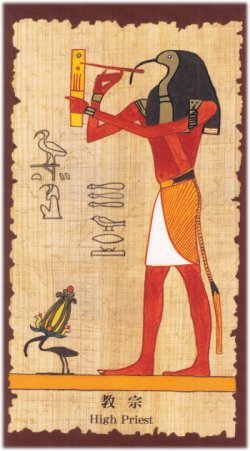 Thoth – the god of wisdom – was considered one of the most important deities of the Egyptian pantheon.

The hieroglyphs were chosen from a wide variety of observed images, for example, people, birds, trees, or buildings.”
But what did the mortal Egyptian pharaohs really know about writing and reading? How well familiar were they with the hieroglyphs?

This is a question, Filip Taterka, Egyptologist, a doctoral student at the Institute of Prehistory, Adam Mickiewicz University in Poznan, Poland started to research.
There are very few Egyptian written sources that reveal something about the literacy of the kings of Egypt. Based on what we know, only 1-3 percent of the inhabitants of ancient Egypt could read and write. What can be said about the pharaohs?

“Relatively late sources suggest that even one of the first rulers of Egypt – Aha – mastered the writing skill.

He was believed to be an author of a few medical treaties, although the reliability of this report is, of course, debatable,” Taterka said. 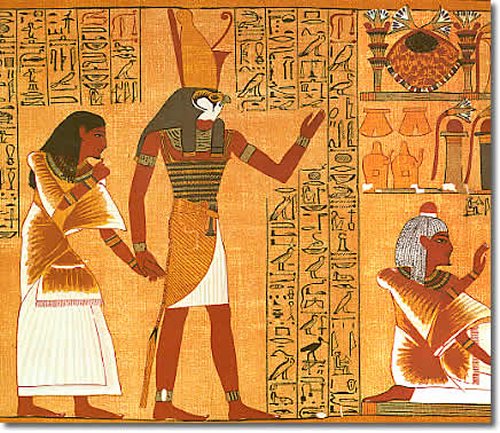 The Papyrus of Ani uses a special, more cursive form of hieroglyphic writing.

According to an article published by PAP – Science and Scholarship in Poland “the oldest source directly referring to pharaonic literacy comes from the end of the Fifth Dynasty, the end of the 3d millennium BC. Royal dignitary Inti an inscription carved inside his tomb at Saqqara near the oldest pyramid in the world, which mentions receiving a letter personally written by Pharaoh Isesi.

The researcher found numerous allusions to skills in writing by the rulers of the land of the Nile in the Texts of the Pyramids, the oldest religious inscriptions carved inside the 10 pyramids.

“The most famous Egyptian text that speaks of the royal literacy is the Prophecy of Neferti. It is a story concerning the first king of the fourth dynasty – Sneferu.

Why Was Pharaoh Hatshepsut’s Reign Virtually Erased From History?

Taharqa – The Most Powerful Of The Black Pharaohs

In the story, the ruler writes down the words of Neferti – the wise man from the East- on papyrus. Although this story can not be treated as proof of literacy of Sneferu himself, since it was created a thousand years after his reign, it clearly shows that at least in the time of the 12th dynasty, the Egyptians could imagine such a situation” – believes Taterka.
Evidence of the Pharaohs literacy is – according to the Egyptologist – rich clerical equipment found by Howard Carter in the tomb of Tutankhamun in the Valley of the Kings, which according to the discoverer, bears traces of use, dating back to the period of education of the young king.

“Future pharaohs often held high administrative positions. Any function within the state administration in ancient Egypt was associated with the absolute necessity of knowledge of the letter. Without this, they would not be able to perform their duties” – said the Egyptologist. 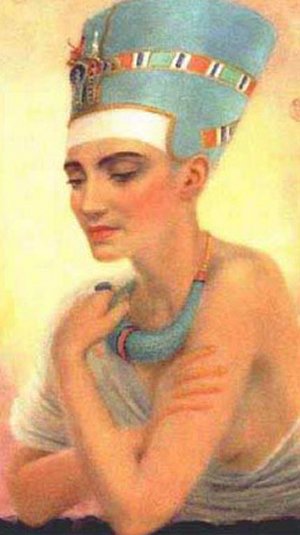 The Prophecy of Neferti is an Ancient Egyptian discourse text set in the reign of the 4th dynasty Old Kingdom king Snofru. Image credit: touregypt.net

Unfortunately, little is known about the education of royal children, even though, according to the researcher, it is certain that in the time of the builders of the pyramids, there was a special institution set up for this purpose at the royal court. From the time of Queen Hatshepsut (15th century BC), royal educators are known, although we do not know the exact list of their duties.
Knowledge of hieroglyphics was necessary to fulfill the Pharaoh’s royal duties, which included religious rituals, during which the ruler would recite sacred texts. The ruler was the only intermediary between gods and humans. He was often identified with the god Thoth, the inventor of the hieroglyphs.

Did the pharaohs master the exceptionally difficult art of writing and reading hieroglyphs?

It turns out that not all pharaohs spoke the language of Egypt and could write in it. In the 1st millennium BC, Egypt very often was under the foreign reign.

“Persian, Greek and Roman rulers in the official presentations were portrayed in the Egyptian manner, but most of them did not have the knowledge of the language, not to mention hieroglyphs” – believes Taterka.

According to his research, however, most pharaohs knew the art of reading and writing. These skills were uncommon in nearby Mesopotamia.

“Peers of Egyptian rulers, kings and princes of Mesopotamia, basically did not have a command of cuneiform, probably due to the fact that it was far more difficult to master, but there were exceptions” – concluded the Egyptologist.”