Ellen Lloyd – MessageToEagle.com – Outside the entrance of the Ain Dara temple there is a pair of giant footprints. It remains unknown who made them and why they were carved.

Our readers will know by now that we often feature articles about giants living on Earth in the past.

Our ancestors’ conviction that superhuman beings gigantic in size once roamed the Earth is repeatedly reflected in ancient myths and legends.

The giant footprint imprinted in granite discovered in South Africa made me think of another curious carving that shows ancient people considered gods to be giants that should be worshipped.

The once magnificent Ain Dara temple or what’s left first attracted attention in 1955 when a monumental basalt lion was accidentally discovered.

If we travel to the village of Ain Dara, northwest of Aleppo, Syria, we come across an Iron-Age temple.

The temple was later excavated between 1980 and 1985 and has often been compared to King Solomon’s Temple.

As the Bible History Daily points out “the similarities between the ‘Ain Dara temple and the temple described in the Bible are indeed striking. Both buildings were erected on huge artificial platforms built on the highest point in their respective cities.

The buildings likewise have similar tripartite plans: an entry porch supported by two columns, a main sanctuary hall (the hall of the ‘Ain Dara temple is divided between an antechamber and a main chamber) and then, behind a partition, an elevated shrine, or Holy of Holies. They were also both flanked on three of their sides by a series of multistoried rooms and chambers that served various functions.”

However, although the Ain Dara temple shares many features with King Solomon’s temple it’s unlikely it was the same building. 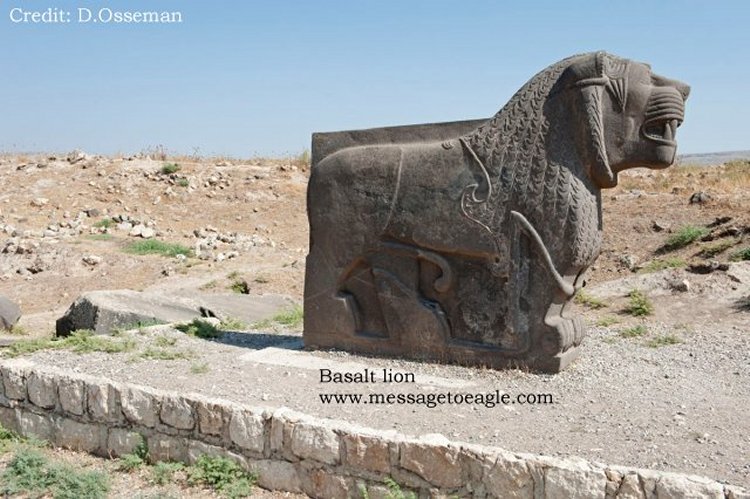 Originally the building also had mudbrick that was covered with wood paneling, but today it’s unfortunately lost. 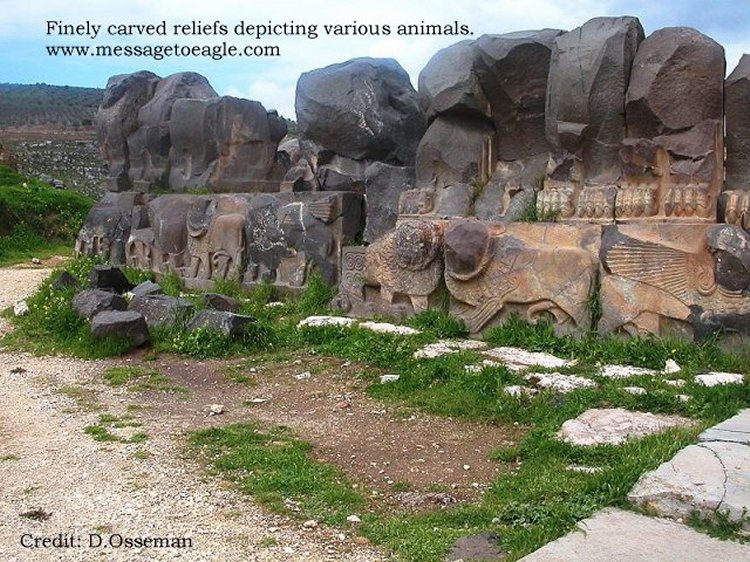 At the threshold of the entrance of the Ain Dara temple is a pair of carved giant footprints. They are about one meter long and are facing toward the interior of the temple. 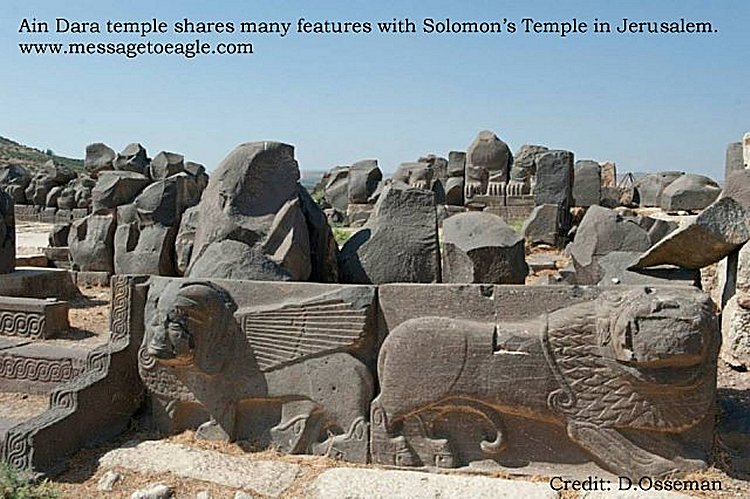 The distance between the two single footprints is about 30 feet.

A stride of 30 feet would belong to a person (or goddess) about 65 feet tall. The temple is large enough for the god to enter and dwell in.

However, it is unlikely they were left by a being that entered the temple. The giant footprints remain an unsolved puzzle.

Scholars do not know why they were carved and what purpose they served. Some scientists have suggested that footprints can be designed to recall the presence of the gods, a sort of iconic representation of the deity. Although this is not a genuine pair of giant footprints, the carving is real and it clearly show our ancestors were familiar with and witnessed beings of gigantic size. Written by Ellen Lloyd – MessageToEagle.com

Author of “Voices from Legendary Times: We are a bridge between past and future.”

About the author:
Ellen Lloyd – is the owner of MessageToEagle.com and an author who has spent more than 20 years researching ancient mysteries, sacred texts, and the existence of extraterrestrial life. She is the author of Voices From Legendary Times in which she demonstrates that races of men have inhabited Earth for millions of years, but not all of them were human.
In addition, Ellen has written many articles about prehistoric alien visitations, ancient mysteries.
Tags:Ain Dara temple giant footprints, Ain Dara Temple giant footprints Aleppo Syria