Conny Waters – AncientPages.com – In ancient times, Koh Ker was an important city of the Khmer Empire of South East Asia that lasted from 802 CE to 1431 CE. However, it lived a very short time as the Empire’s capital.

Koh Ker is the modern name for an important city of the Khmer empire. For a brief period of time, during the reigns of kings, Jayavarman IV and Harshavarman II, the ancient city of Koh Ker became the capital of the whole empire (928–944 AD). 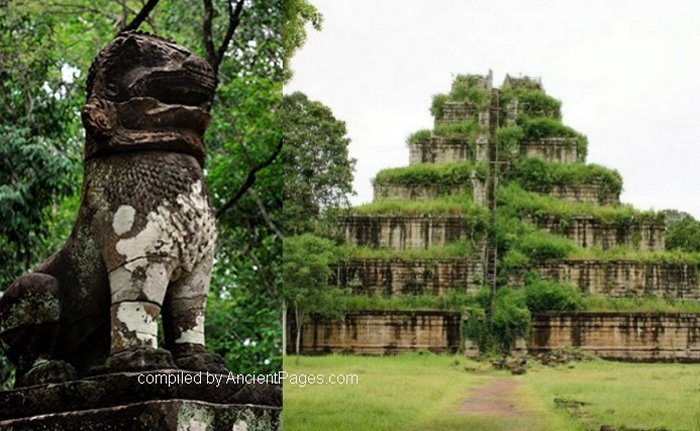 The largest water management feature in Khmer history was constructed in the 10th century to store water but the system failed already in its first year of operation. This event possibly caused the return of the capital to Angkor.

Now, a research team led by Dr. Ian Moffat from Flinders University in Australia used ground-penetrating radar to map the surface of a buried spillway in Koh Ker to shed more light on the reservoir failure during its first year of use.

The study shows that the 7km long embankment was designed to capture water from the Stung Rongea river but modeling indicates it was inadequate to contain the average water flow in the catchment, putting into question the legitimacy of Khmer kings, and forcing them to re-establish their capital in Angkor.