Cynthia McKanzie – MessageToEagle.com – The mysterious death of famous horror author Edgar Allan Poe (1809 – 1849) may be more complicated than most think. The cause of his death has long been disputed and not everyone is convinced Poe committed suicide. 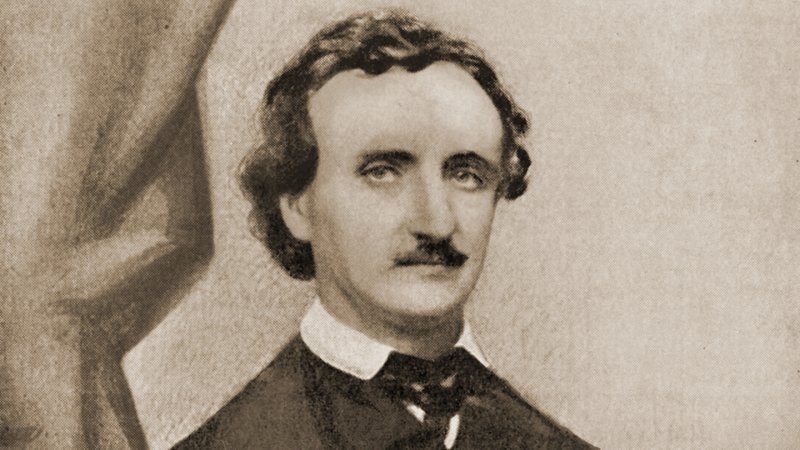 Poe was found delirious in Baltimore, Maryland on October 3, 1849. According to Joseph W. Walker, the man who found him, Poe was” in great distress, and in need of immediate assistance”. Poe spent several days in hospital in delirium and passed away before he had a chance to explain what had happened. Many assume he committed suicide, but this assumption may be wrong.

A computational analysis of the language used by the writer Edgar Allan Poe has revealed that his mysterious death was unlikely to have been suicide.

To date, Poe’s death remains an unsolved enigma, with his contemporary, poet Charles Baudelaire even speculating that the incident was “almost a suicide, a suicide prepared for a long time.”

Edgar Allan Poe Known For Tales Of Mystery And Macabre Was Born – On Jan 19, 1809

However, psychologist Dr. Ryan Boyd from Lancaster University and his colleague, Hannah Dean from the University of Texas at Austin have found that Poe’s psychological markers of depression are not consistent with suicide.

“My hunch is that he was indeed spiralling into a depression toward the end of his life, but that he didn’t kill himself,” Dr. Boyd said.

Using computerized language analysis, they analyzed 309 of Poe’s personal letters, 49 poems, and 63 short stories and investigated whether a pattern of linguistic cues consistent with depression and suicidal cognition were discernible throughout the writer’s life, particularly in his final years.

They focused on five measures which have been established as diagnostic of depression and/or suicidality;

These linguistic markers of depression spiked during negative events in Poe’s life, like the death of his wife. Past research has shown that depressive language patterns tend to dramatically rise leading up to one’s death by suicide, however, this pattern did not consistently emerge in the last year of Poe’s life.

Poe was known to have suffered from regular bouts of severe depression and also had drug and alcohol problems. He lost his parents as a two-year-old and was devastated first by the death of his foster mother and then by that of his own wife Virginia Clemm Poe in 1847.

“Significant, consistent patterns of depression were not found and do not support suicide as a cause of death. However, linguistic evidence was found suggesting the presence of several potential depressive episodes over the course of Poe’s life—these episodes were the most pronounced during years of Poe’s greatest success, as well as those following the death of his late wife,” searchers conclude.

The results of these studies reveal “suggest that he struggled deeply with success, with linguistic markers of depression peaking during the times of his greatest fame and popularity in 1843, 1845 and 1849.”