Conny Waters – MessageToEagle.com – A three-chambered rock-cut temple, believed to be 1,200 years old, has been identified on the banks of the Arjuna River at Sivakasi’s M Pudhupatti village.

Sivakasi was established during the early 15th century and an ancient Hindu legend is related to this ancient place. 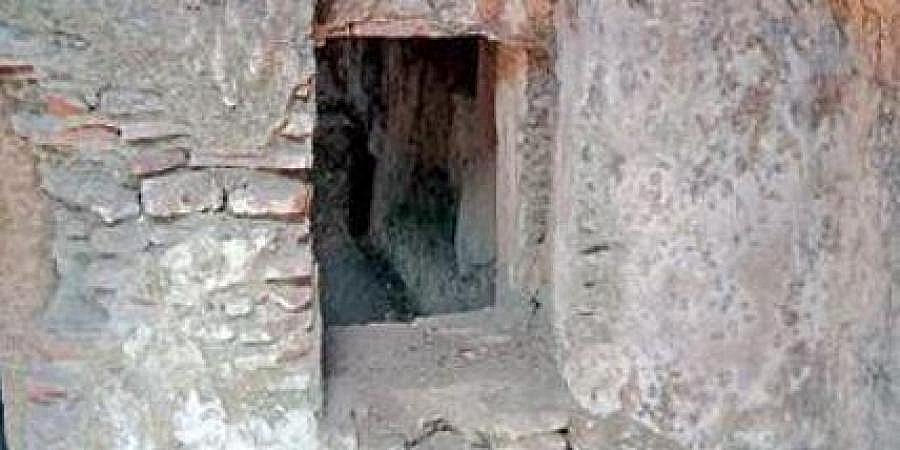 The legend says that the king wanted to construct a temple for the Hindu god Shiva at Tenkasi and went to Kasi. Returning back to his palace with the prized lingam, he took a rest under the favorite tree of Shiva. Wishing to continue his travel on, he noticed, that a cow carrying the lingam refused to move from the spot. So, the king realized, that the wish of Shiva is to built a town here, where the cow halted. The place, from where the “Shiva lingam brought was Kasi”, so we have today Sivakasi here.

The three-chambered structure, cut into the side of a block of limestone, was covered in thickets and debris until a week ago when residents in the locality chanced upon it.

Though archaeologists identified the structure as a rock-cut temple, no idol, statue, or relief of gods or goddesses has so far been identified inside the temple’s three chambers — the garbhagriha (sanctum sanctorum), ardhamandapam, and maha mandapam. A 20-feet long limestone mound marks the entrance to it. There are traces of cement on the walls and in the ceiling, writes The New IndianExpress.

Archeologists believe these might have been part of the repair carried out by devotees around 100 years ago. At several places inside the structure, the limestone is falling apart; there is a massive hole in the ceiling of the maha mandapam.

First: It is a Sandhara-type of temple. There is no identified Sandhara-type rock-cut temple in India”. These temples have a circumambulatory passage (pradakshinapath) around the shrine. Not all temples have these passages, said sources. “Second: The temple has two circumambulatory passages; this is very rare. While one passage moves in a clockwise direction from the ardhamandapam, the second one is adjacent to the mahamandapam,” he added.

Dr. C Santhalingam also said that the temple is carved entirely out of limestone and the stone is considered an inferior type owing to its features.

“This is the reason why there is no artistic design, sculpture, or carving in the temple. However, there are niches on both sides of the entrance to the garbagriha. Moreover, there is a stone naga statue in the garbagriha,” said Santhalingam. (The garbagriha is the innermost sanctuary of a Hindu and Jain temples, where resides the murti (idol or icon) of the primary deity of the temple).

The residents might have placed it there over a century ago to offer worship. The interior of the structure and the surrounding riverbank were cleaned by the local body.

The temple belongs to the early-Pandian era, around the 8th century CE. The Pandya dynasty was Tamil rulers in the south of India of unknown antiquity. However, they are mentioned by Greek authors in the 4th century BC. Pandyas were one of the three ancient Tamil kingdoms and the other two were Chola and Chera). They ruled the Tamil country from pre-historic times until the end of the fifteenth century.

The ancient kingdom of the Pandyans is now largely within the state of Tamil Nadu.

The rulers of these kingdoms were referred to as “the three crowned rulers (the mu-ventar) of the Tamil country”.

It worth mentioning that the Arjuna River is a sacred river for the Tamil Nadu people, and it formed during the period of Pandavas, five skilled brothers who were sons of King Pandu of Hastinapur, and a warrior who expanded his kingdom during his rule. It is located in the Virudhunagar district of the Indian state of Tamil Nadu.