MessageToEagle.com – Vishap stones represent one of the more interesting mysteries of Armenian archaeology.

Vishaps are menhirs (large carved stones) that date back to 2000 BC. These formations, which had once religious significance, are believed to be related to water. 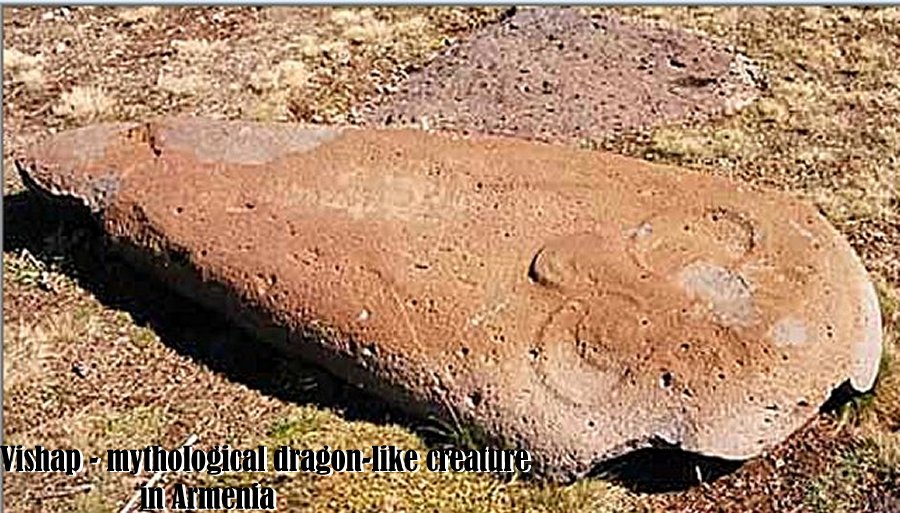 Vishap means for the Armenians – ‘dragon’ and such stone has a dragon or serpent-shaped ‘head’ carved at the top.

Usually, the Armenian vishaps have cylindrical or cigar-shaped form and are grey in color. Their true ancient name is vishapakahr, derived from the Armenian word “vishap” meaning “serpent/dragon,” and “kahr” meaning “stone.”

Sometimes, the most ancient vishaps are so weathered or altered by weather and time that inscriptions on them are difficult to decipher.

One of the vishaps can be found at Garni, an ancient village, which was once a settlement inhabited almost continuously since the 3000 BC. This vishap-formation is covered with a cuneiform inscription dated to 6th century. Later, crosses were added to some of the vishaps to make them more like Christian monuments.

Tracing distant past of the vishaps, scholars determined that they could have been the forerunners of stelae – tetragonal (with four sides) columns standing on a cube-shaped base and functioning as gravestones or memorial stones.

Ancient Great City Of Ani: Lost Capital Of The Kingdom Of Armenia And It Mysterious Underground Tunnels

Mysterious Lost Kingdom Of Urartu And Its Enigmatic History

They often had carvings depicting religious subjects in form of sainst, biblical scenes or angels.

People do not know where they originate from and how they ended up in Armenia. According to Armenian mythology vishaps are dragons, which live in the mountains, especially on Mount Ararat. 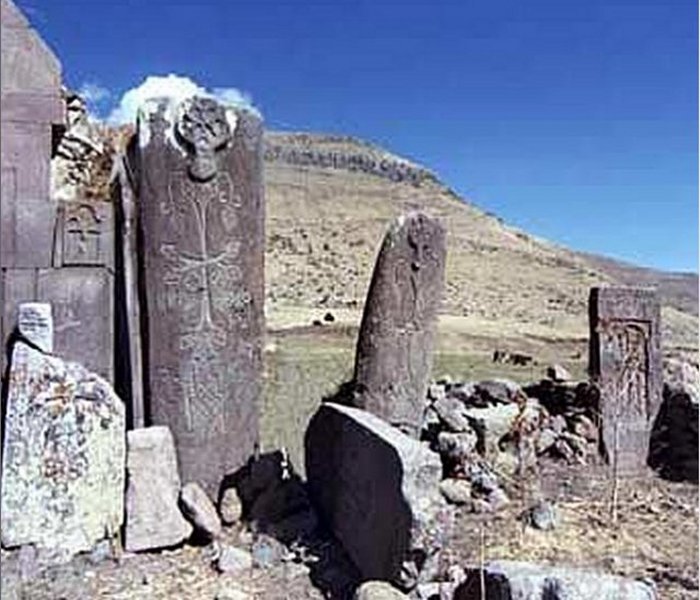 They have been found on the north-eastern shore of Lake Sevan (the largest body of water in Armenia and the Caucasus region) and are often in association with water engineering and construction of big and small artificial lakes and a complex system of canals joining them.

Today, almost all Vishap (Dragon) stones are devastated; they were intentionally knocked down.

Exact dating of these megaliths, presents certain difficulties. In the vicinity of these enigmatic ancient figures there are no remnants of ancient settlements, fires or other fossils, to which the radio carbon analysis could be applied.