“Archaeologists excavating the ancient burial complexes of the Pazyryk culture that existed in the Altai region about 2,500 years ago through the end of 600 BC to the beginning of 200 BC discovered several skulls that offer evidence of sophisticated ancient surgical technologies.” 1 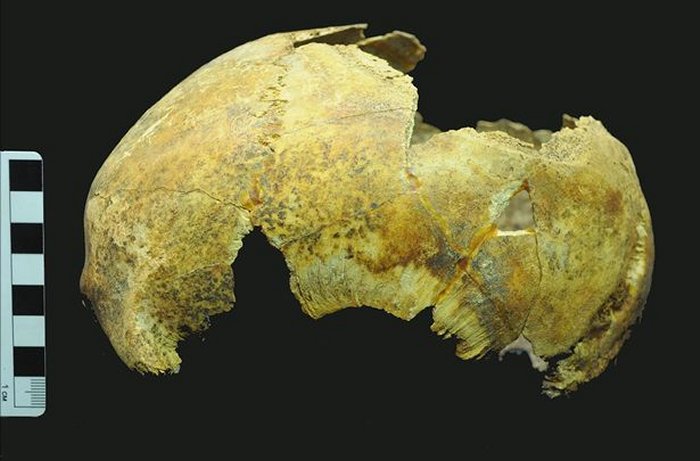 Ancient Peru’s cranial surgeons were highly skilled. According to University of Miami Miller School of Medicine’s David S. Kushner, M.D., clinical professor of physical medicine and rehabilitation, trepanation was so expertly practiced in ancient Peru that the survival rate for the procedure during the Incan Empire was about twice that of the American Civil War when, more three centuries later, soldiers were trepanned presumably by better trained, educated and equipped surgeons.

Ancient Egyptians, Chinese, Greeks, and several other ancient cultures were aware of how to perform brain surgery. Evidence of this has been found in form of various skulls. Many patients who were subjected to trepanation, a term commonly understood as a surgical intervention when a piece of skull bone of a living individual is removed without any damage to the underlying blood vessels, meninges, and brain survived, but not all of course.

Evidence Of Brain Surgery In Russia 5,000 Years Ago

A team of Russian archaeologists has discovered a 5,000-year-old skull that suggests its owner underwent ancient brain surgery.

The man how was in his 20s had undergone the procedure and most likely died from it.

The skull and the bones of the rest of the Bronze Age torso were found in a deep grave in the Crimea region of Russia, alongside two flint arrowheads. 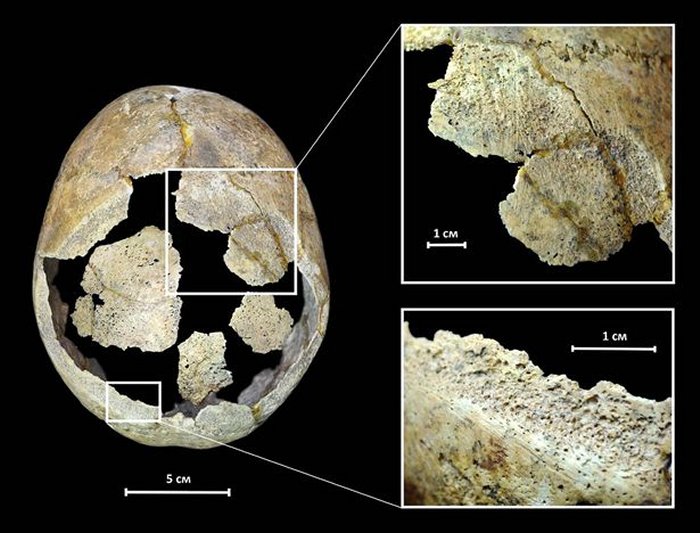 “The ancient ‘doctor’ definitely had a ‘surgical set’ of stone tools,” said the Institute of Archaeology of the Russian Academy of Sciences, Moscow.

“Judging by the position of the bones, the body of the deceased was carefully laid on its back, slightly turned on its left side, the legs were strongly bent at the knees and turned to the left,” they added.

After examining the skull, scientists concluded the size of the trepanation was 140 x 125 millimeters and there were large fragments of red pigment found near the head and on the vault of the skull.

Dr. Maria Dobrovolskaya, head of the Laboratory of Contextual Anthropology, said: “This young man was unlucky.

Despite the fact that the survival rate after trepanation was very high even in ancient times, he apparently died shortly after the surgery.

This is evidenced by the absence of obvious traces of healing. Traces of a trepanation instrument are clearly visible on the surface of the bone. Paradoxically, this is a rarity, since most people in ancient times survived safely even after several trepanations.”

According to Olesya Uspenskaya, a researcher in Stone Age archeology, there are three types of marks that offer evidence trepanation was performed. There are also a number of reasons why a decision was made to perform this procedure, they weren’t all medical. 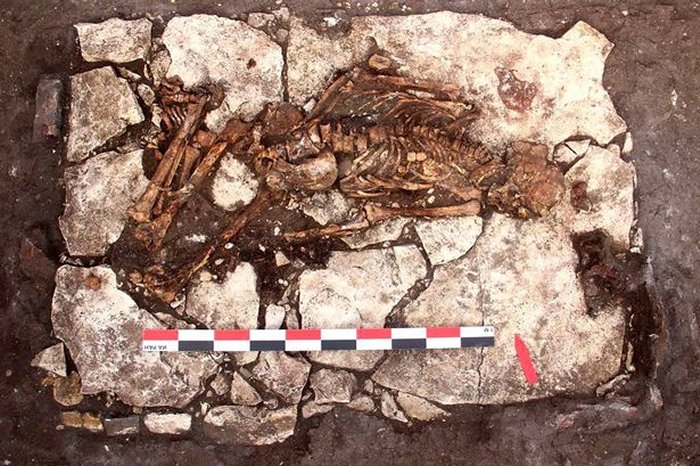 In some cases, ancient doctors wanted to ‘change a person’s nature’. There were also ritualistic reasons.

Not understanding the reason for headaches, ancient doctors wanted to ease the pain by letting a person undergo trepanation. More medical reasons for the gruesome treatment included attempting cure a haematoma, repair skull injuries, or attempting to overcome epilepsy.

In those days anesthetic was unheard of, but there were methods to prevents pain.

Russian scientists say prehistoric surgeons used natural remedies like cannabis or magic mushrooms as ways to numb the pain of such operations.

The Russian Bronze Age man whose skull has been discovered was, unfortunately, one of those who didn’t survive this procedure