Don Wood – MessageToEagle.com – People cannot take credit for this discovery but it’s fascinating, nevertheless. The best part is this finding comes with an option offering humanity opportunity to help the world.

About 60,00 years ago, a forest of gnarled, thick-trunked cypress trees was seeded on the banks of a prehistoric river near the Gulf of Mexico. 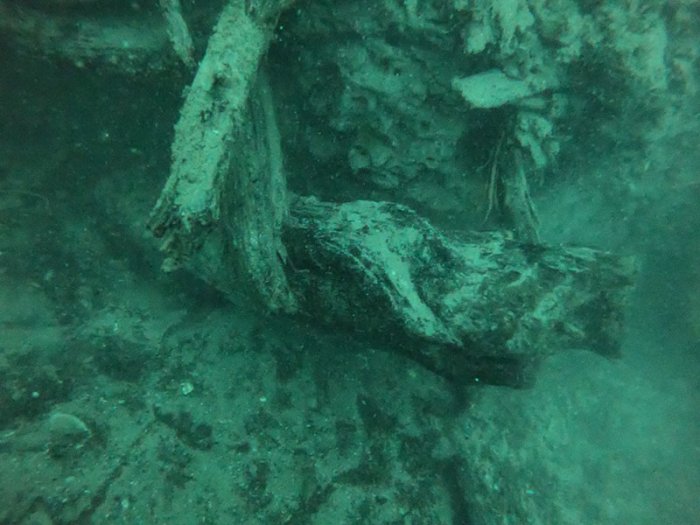 Newly exposed wood offers a unique habitat for marine organisms and creates a novel ecosystem in the Gulf of Mexico. Image courtesy of Francis Choi.

As time passed, the massive trees grew and died, their enormous trunks falling and becoming entombed in a protective covering of peat and sediment. When sea level rose and the coastline receded, these ancient forest remains were buried beneath the sea surface off the coast of Alabama, where they remained undisturbed for millennia.

Now, wood from this 60,000-year-old bald cypress forest buried off the coast of Alabama was uncovered by intensifying storms.

The precise location of the unique forest has remained a guarded secret, for the most part, though scientists and filmmakers have paid it a few visits.

However, this one site may be “the tip of the iceberg” that hints at a far more expansive preservation of ancient underwater forests, according to Margo Haygood, a molecular biologist at the University of Utah. 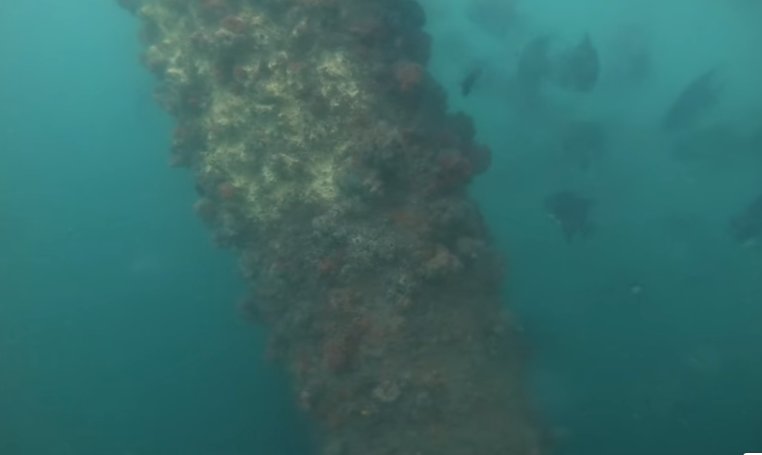 “There could be much more underneath [this site] and there could also be other forests in other parts of the Gulf,” Haygood said in an interview with Vice.

“People stumbled upon this one site but there’s likely to be more of them and they could be looked for systematically.”

This ancient submarine forest is currently investigated by scientists from Northeastern University and the University of Utah, funded by the NOAA Office of Ocean Exploration and Research (OER), who are working to unlock the forest’s secrets, including its potential to harbor new compounds for medicine and biotechnology.

NOOA reports, “previous work by the research team on bacteria in shipworms has resulted in at least one antibiotic being under investigation as a drug to treat parasitic infections, and the overall biopharmaceutical potential for these bacteria is high.

Drug compounds produced by symbiotic microbes are less likely to display toxicity toward animals than free-living bacteria, as these molecules have essentially been “pre-screened” by their animal hosts. They can be reproduced under lower temperatures and less harsh conditions than current industrial processes, meaning a potential cost savings for industrial applications.

Additionally, the wood at the site off the Alabama coast has lain submerged and buried in a deep layer of sand and sediment for thousands of years, creating an isolated and unique habitat for discovery of unusual microbes and molecules.

In early December, the research team headed offshore of Alabama on Research Vessel E.O. Wilson to conduct the first round of field work for the project. During two days of diving, the team collected several pieces of ancient wood which they took back to the Dauphin Island Sea Lab.

More than 300 animals were removed from the wood, photographed, and identified. Some were preserved as voucher specimens for future DNA analyses while others were used to create culture plates to sample for microbes. 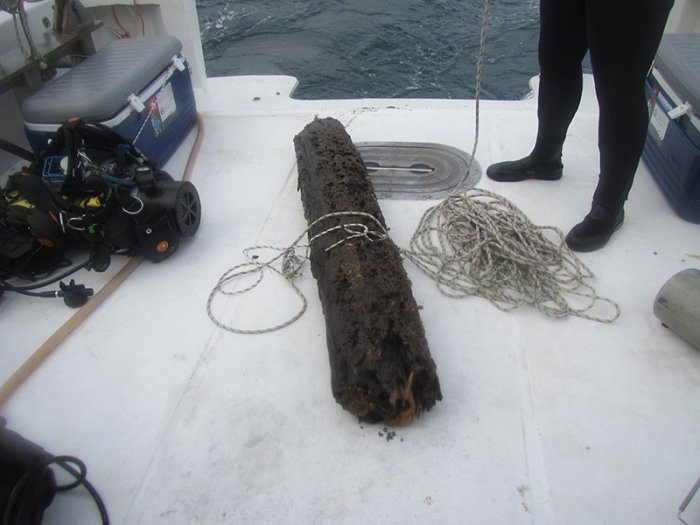 Collected from an ancient cypress forest submerged in Mobile Bay, this log contains hundreds of marine organisms that either burrow into the wood or live in burrows made by other organisms. Image courtesy of Brian Helmuth.

Within 100-200 prepared culture plates, the team identified approximately 100 strains of bacteria, many of which are novel and 12 of which are already undergoing DNA sequencing for further study of their identity and their biosynthetic potential to make new drugs.

The scientists have so far sampled only a tiny fraction of the ancient forest site, but are already gaining important insights into the ways terrestrial plant material can support unusual but highly productive marine communities.

With rising sea level and increasing storm intensity, input of wood will have an ever-increasing influence on marine communities. The work being done here provides a window into the profound changes we may expect to see.

It’s amazing to see that this ancient forest that flourished at a time when humans were just beginning to emerge as a globally dominant species, is now providing us with means to produce life-saving treatments for future generations.