Conny Waters – MessageToEagle.com – The underwater remains of a 1,500-year-old basilica in honor of St. Neophytos has re-emerged from a lake due to the effects of a drought in the region of the Iznik district of the province of Bursa, northwestern Turkey. 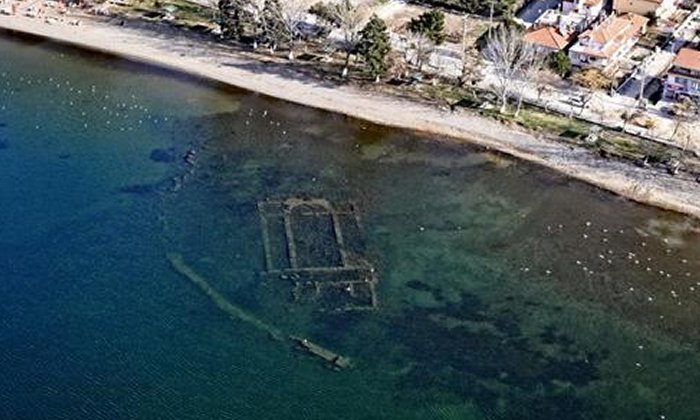 Experts estimate that it collapsed during an earthquake that occurred in 740. Image credit: DHA

Aerial photographs have helped uncover the basilica, which is believed to date back to the fifth century, according to the head of the excavation team, Professor Mustafa Şahi from Uludağ University in Bursa.

The historical remains of the basilica are located 20 meters from the shoreline and two meters below the usual level of the lake.

Daily Sabah writes that experts estimate that the site of worship was buried in lake waters during an earthquake in 740.  Iznik was an important religious center both in Roman and Byzantine times. Some archeologists believe that the basilica is an example of early Christian architecture.

Work has been ongoing since 2015 to present the ruins as part of an underwater museum, as excavations continue. 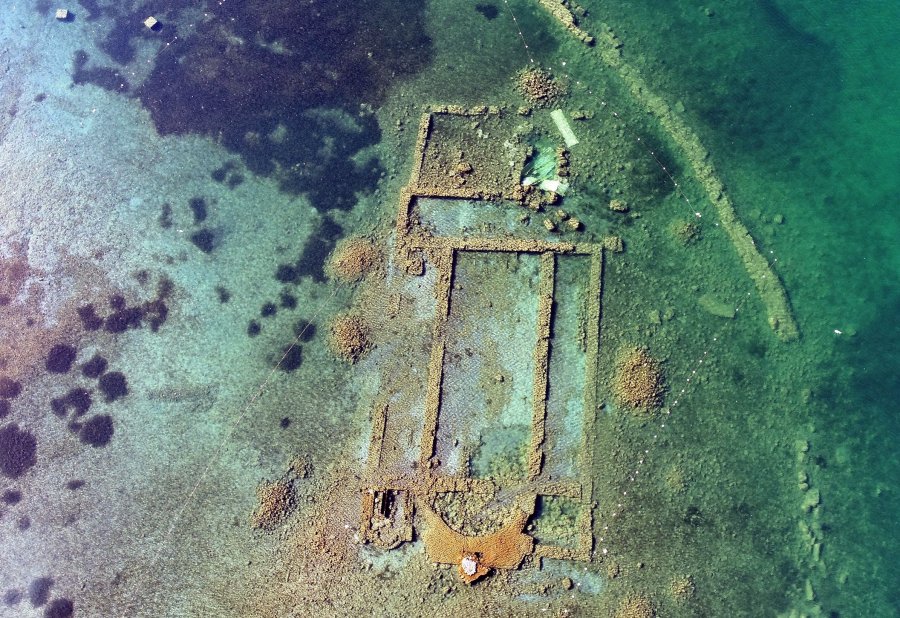 At the end of January 2014,  Hurriyet Daily News informed about the discovery of a Byzantine church, hidden underneath the waters of Lake İznik in Bursa Province. The structure, discovered during the inventory of historical and cultural artifacts of the region, conducted from the air, has slowly begun to reveal its secrets.

The remains of the basilica lie in 2-meter deep water, about 20 meters from the shore of Lake İznik. It is a basilica plan along with three naves. The church’s remains are similar to the Hagia Sophia in İznik. That is why it estimated to have been built in the fifth century A.D.

Initially, it was assumed that the church had been dedicated to St. Peter, but recently it has been established that the structure had been built in honor of St. Neophytos who was only 16 years old when killed by Roman soldiers in 304 on the shore of Lake İznik. 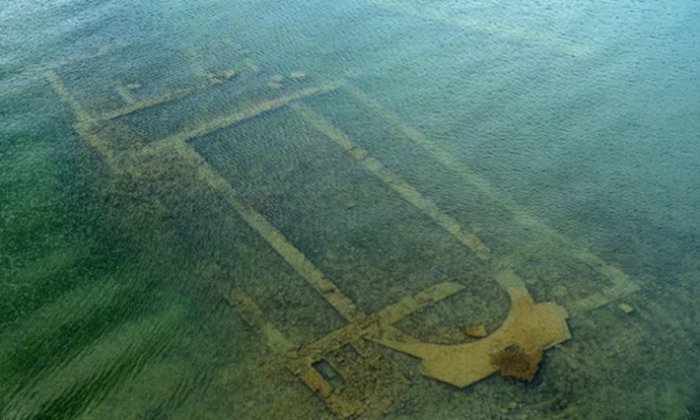 The situation changed years later when the Edict of Milan, permanently established religious toleration for Christianity within the Roman Empire.

Neophytos became a saint beloved in the Middle Ages as well as by the local Christian Orthodox community. Over the course of the project, archaeologists excavated many valuable artifacts that even include the seal of a number of Scottish knights, who are believed to have been among the first foreign visitors to the basilica, before it was swallowed up by Lake Iznik. 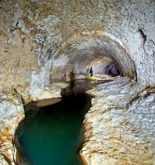