Eddie Gonzales Jr. – MessageToEagle.com – Scientists have created an astonishing 3D projection you can hear and feel. It’s not a hologram, but it certainly resembles one.

The light projection was made by scientists at the University of Sussex who say they have come the closest yet to recreating one of the most iconic of Star Wars technology by developing for the first time holograms that can be seen by the naked eye as well as heard and felt. 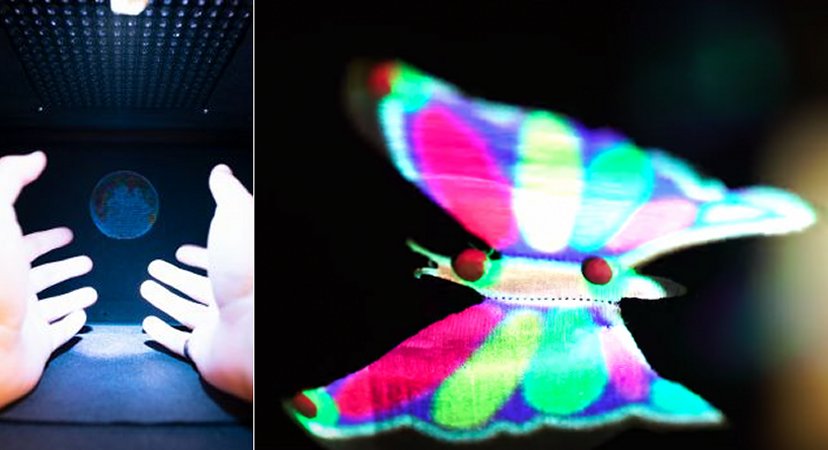 While not yet able to transmit a 3-D distress call from Princess Leia, the Multimodal Acoustic Trap Display (MATD) is capable of showing a colored butterfly gently flapping in mid-air, emojis and other images which are visible without the need for VR or AR headsets.

“Our new technology takes inspiration from old TVs which use a single color beam scanning along the screen so quickly that your brain registers it as a single image. Our prototype does the same using a colored particle that can move so quickly anywhere in 3D space that the naked eye sees a volumetric image in mid-air,” Dr. Ryuji Hirayama, a JSPS scholar and Rutherford Fellow at the University of Sussex, said.

The MATD uses ultrasound to trap a particle and illuminate it with red, green, and blue light to control its color as it quickly scans through an open space to reveal the illusion of volumetric content.

The prototype scans the content in less than the 0.1 second that the eye takes to integrate different light stimuli under a single shape.

As well as visual content, the prototype developed by a team at the University of Sussex’s School of Engineering and Informatics can also blast out a chorus of Queen or create a tactile button in mid-air through the use of ultrasound alone.

World’s Thinnest Hologram Has Been Created – It’s 1,000 Thinner Than A Human Hair!

New Shape-Shifting Material Can Bend, Twist, And Lift Objects 1,000 Times Its Own Weight

“Even if not audible to us, ultrasound is still a mechanical wave and it carries energy through the air. Our prototype directs and focuses this energy, which can then stimulate your ears for audio, or stimulate your skin to feel content,” Dr. Diego Martinez Plasencia, co-creator of the MATD and a researcher on 3D User Interfaces at the University of Sussex, said.

The research team believes that the MATD system could become an incredibly useful visualization tool for a huge range of professions including anyone working in biomedicine, design or architecture.

“Our MATD system revolutionizes the concept of 3D display. It is not just that the content is visible to the naked eye and in all ways perceptually similar to a real object while still allowing the viewer to reach inside and interact with the display. 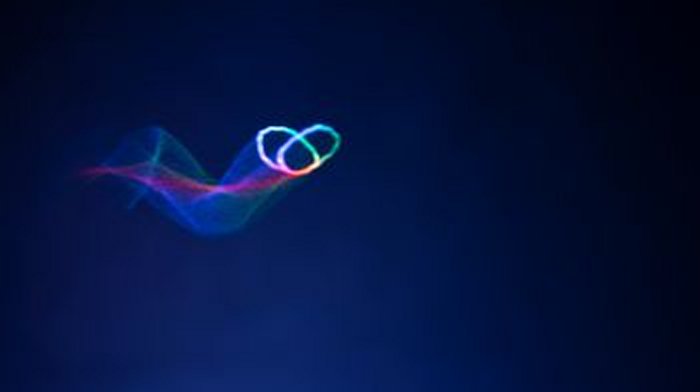 It is also the fact that it relies on a principle that can also stimulate other senses, putting it above any other display approaches and getting us closer than ever to Ivan Sutherland’s vision of the Ultimate Display,” Project leader Sri Subramanian, Professor of Informatics at the University of Sussex and a Royal Academy of Engineering Chair in Emerging Technologies, said.

The MATD is able to create additional perceptual sensations compared to rival hologram technologies such as 3D TVs, light-field displays or volumetric displays.

The authors believe that its potential to manipulate matter without touching could open up interesting opportunities to mix chemicals without contaminating them, conduct ultrasound levitation inside tissues to accurately deliver life-saving drugs and numerous lab-in-a-chip applications.