Eddie Gonzales Jr. – MessageToEagle.com – A remarkable new species of meat-eating dinosaur has been discovered at the Natural History Museum of Utah. 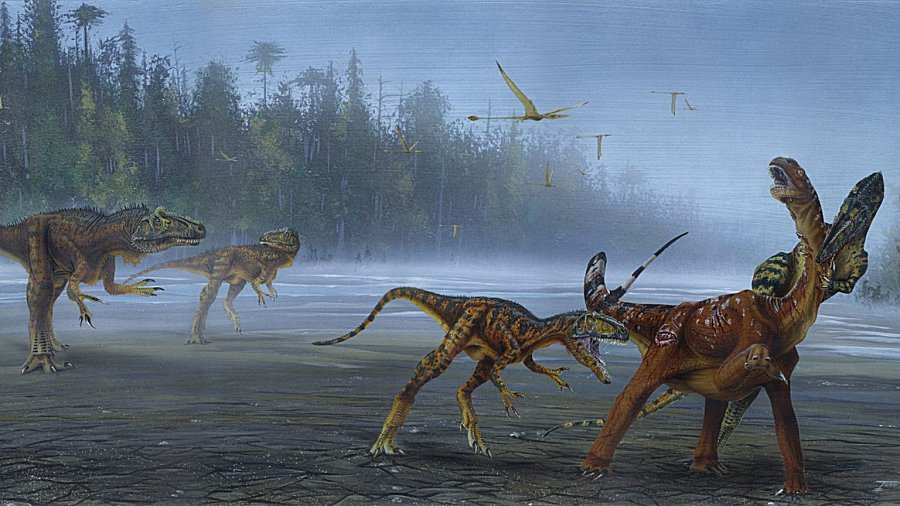 The huge carnivore inhabited the flood plains of western North America during the Late Jurassic Period, between 157-152 million years ago, making it the geologically oldest species of Allosaurus, predating the more well-known state fossil of Utah, Allosaurus fragilis.

The species belongs to the allosauroids, a group of small to large-bodied, two-legged carnivorous dinosaurs that lived during the Jurassic and Cretaceous periods.

Allosaurus jimmadseni, possesses several unique features, among them a short narrow skull with low facial crests extending from the horns in front of the eyes forward to the nose and a relatively narrow back of the skull with a flat surface to the bottom of the skull under the eyes.

The skull was weaker with less of an overlapping field of vision than its younger cousin Allosaurus fragilis.

Allosaurus jimmadseni evolved at least 5 million years earlier than fragilis, and was the most common and the top predator in its ecosystem. It had relatively long legs and tail, and long arms with three sharp claws. 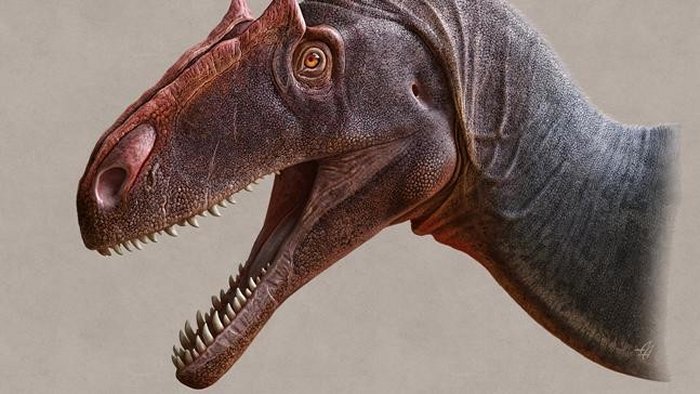 Following an initial description by Othniel C. Marsh in 1877, Allosaurus quickly became the best known–indeed the quintessential–Jurassic theropod. The taxonomic composition of the genus has long been a debate over the past 130 years. Paleontologists argue that there are anywhere between one and 12 species of Allosaurus in the Morrison Formation of North America.

This study recognizes only two species–A. fragilis and A. jimmadseni.

“Previously, paleontologists thought there was only one species of Allosaurus in Jurassic North America.” co-lead author Mark Loewen, a research associate at the Natural History Museum of Utah, said in a news release. 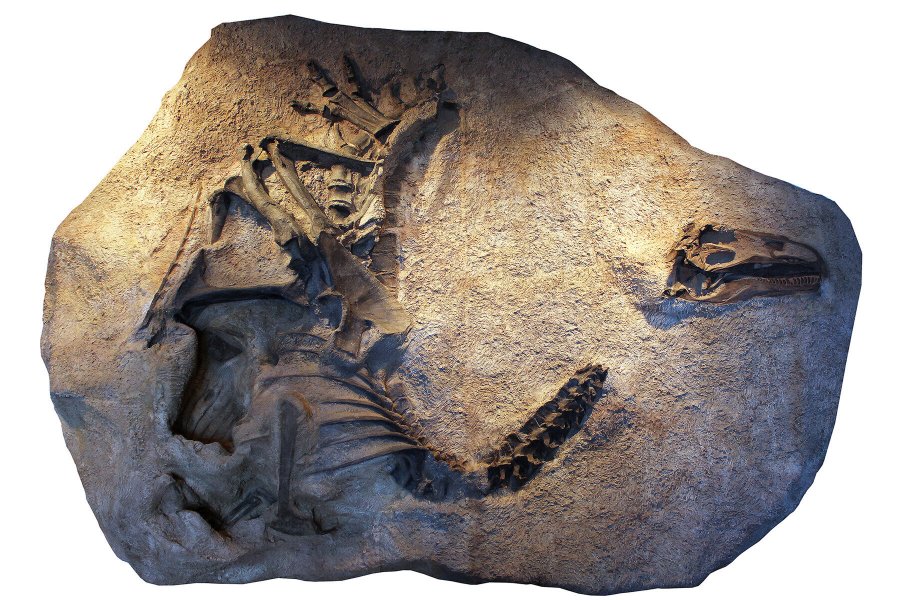 A cast of the skeleton and skull of Allosaurus jimmadseni as it was discovered and now on exhibit at Dinosaur National Monument in Utah. The original skeleton was molded and cast before it was taken apart and prepared for study and research. Credit: Dan Chure

“The skull of Allosaurus jimmadseni is more lightly built than its later relative Allosaurus fragilis, suggesting a different feeding behavior between the two.”

“Recognizing a new species of dinosaur in rocks that have been intensely investigated for over 150 years is an outstanding experience of discovery. Allosaurus jimmadseni is a great example of just how much more we have to learn about the world of dinosaurs. Many more exciting fossils await discovery in the Jurassic rocks of the American West,” said Daniel Chure, a retired paleontologist at Dinosaur National Monument and co-lead author of the study.

Giant Human-Sized Penguins Ruled The World After Dinosaurs Died Out

George Engelmann of the University of Nebraska, Omaha initially discovered the initial skeleton of the new species within Dinosaur National Monument in 1990. In 1996, several years after the headless skeleton was collected, the radioactive skull belonging to the skeleton using a radiation detector by Ramal Jones of the University of Utah.

“This exciting new study illustrates the importance of continued paleontological investigations on public lands in the West. Discovery of this new taxon of dinosaur will provide important information about the life and times of Jurassic dinosaurs and represents another unique component of America’s Heritage,” said Brent Breithaupt, BLM regional paleontologist.