The Egyptian archaeological mission working in the Jabal Al-Haridi region of Sohag, a city on the west bank of the Nile in Egypt has unearthed remains of an ancient Egyptian temple dedicated to Pharaoh Ptolemy III Euergetes, and 85 graves dating to the Ptolemaic Dynasty that lasted for 275 years, from 305 to 30 BC. The Ptolemaic was the last dynasty of ancient Egypt. 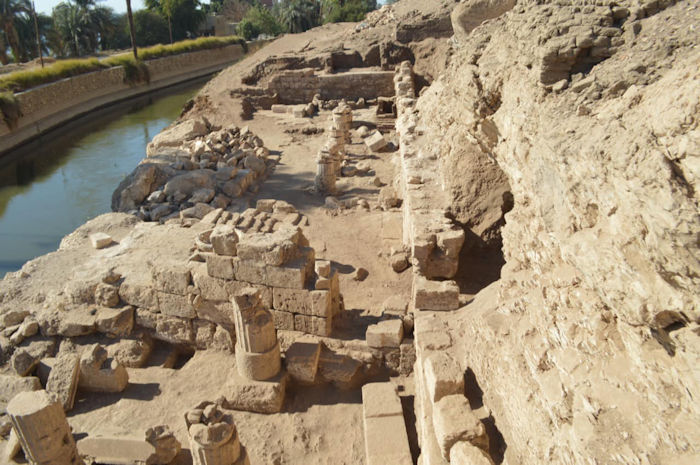 The Ptolemaic Period began when Alexander the Great defeated the Persians in Egypt in 332 B.C. After he died in 323 BCE, his generals divided up his empire and Ptolemy took Egypt. Initially, the generals ruled in the name of Alexander’s heirs, but Ptolemy proclaimed himself king in 305 B.C. 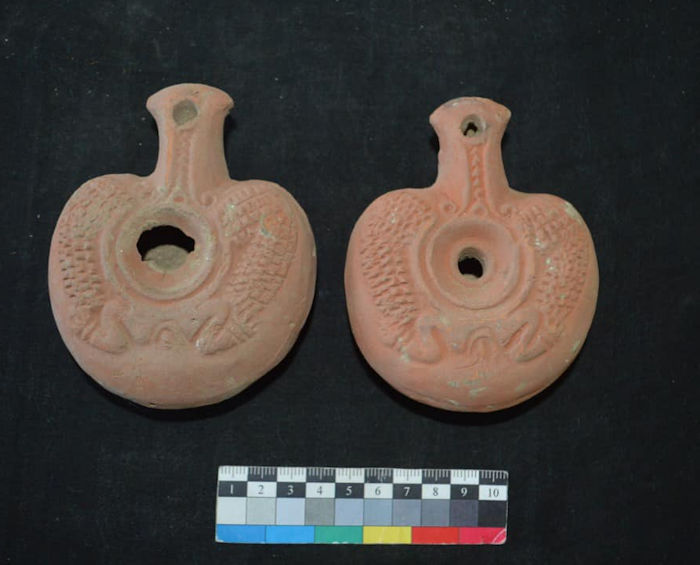 Ptolemy III Euergetes was the third pharaoh of the Ptolemaic dynasty in Egypt from 246 to 222 BC. The Ptolemaic Kingdom reached the height of its military and economic power during his kingship, as initiated by his father Ptolemy II Philadelphus.

At the site archaeologists also discovered one important checkpoint and some surveillance points. 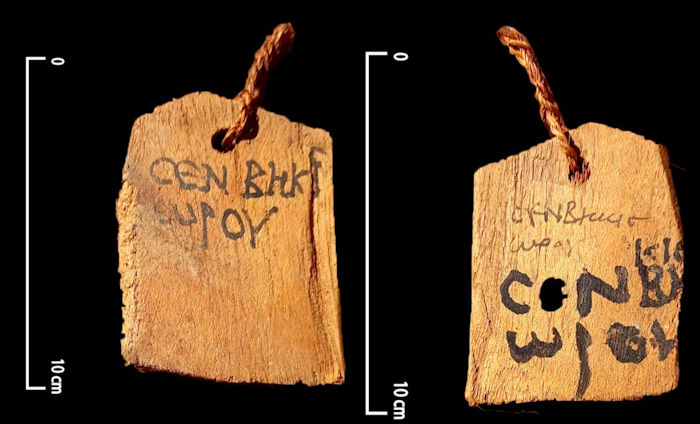 Dr. Mustafa Waziri, Secretary-General of the Supreme Council for Archeology, explained that the discovered checkpoint is a milk brick building similar to the so-called Tower House. It was built to inspect, monitor, regulate traffic between regions, collect taxes, and ship insurance. This allowed the movement of sailing on the Nile

According to Dr. Waziri, the discovered temple dedicated to the Goddess Isis has a length of 140 m and a width of 200 m, with an axis from north to south. 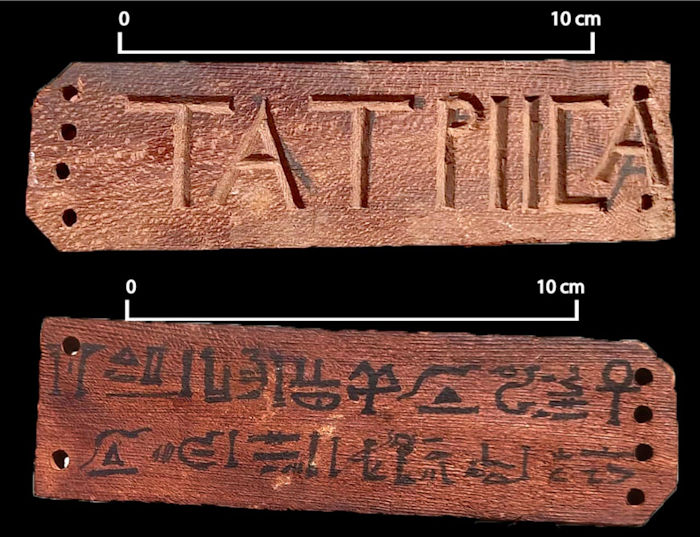 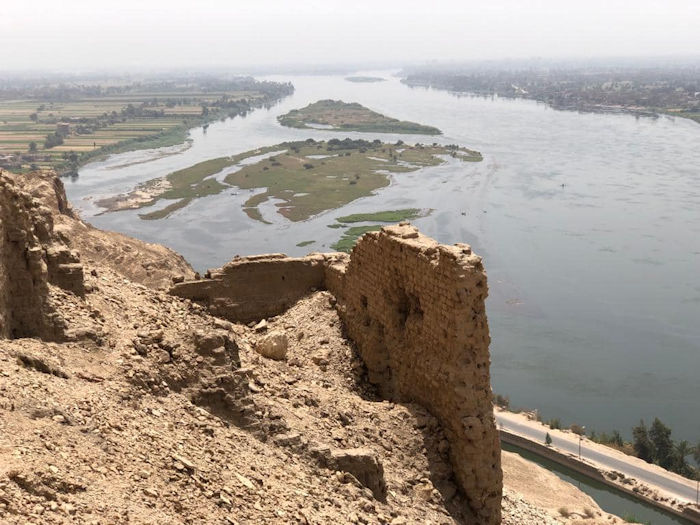 Dr. Ayman Ashmawi, the head of the Egyptian archeology sector at the Supreme Council of Archeology, says the ancient temple consists of a rectangular, exposed hall intermediated by a row consisting of four columns followed by a parade hall intermediated with two columns leading to the Jerusalem of the Saints, and the temple mediates from the west is a staircase. The temple floor was formed from stone slabs of local limestone. 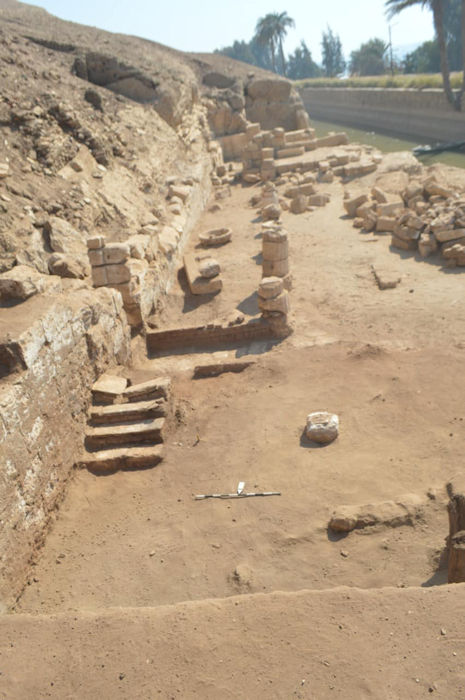 On the northern side of the temple, the science team found a basin for the cleansing of the limestone, 38 coins dating back to the Roman era, as well as some animal bones, that studies showed represented the food of the temple priests. 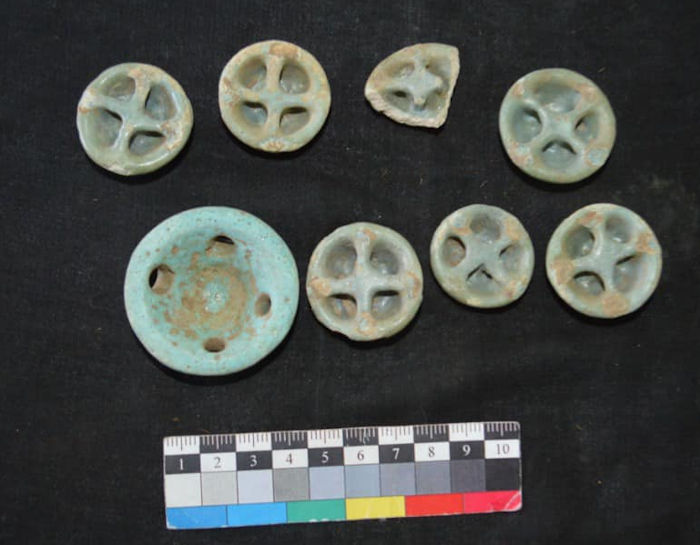 The archaeological mission also succeeded in discovering the houses of one of the chiefs of workers, a number of ancient papers with workers’ names, salaries, and duties, as well as nearly 85 burial tombs hidden in a mountain.

Scientists say they have been able to retrieve 30 mummy cards containing the name of the deceased, the name of his or her father, mother, homeland, career, age when the person died as well as some prayers for the ancient Egyptian deities.

It is a highly significant discovery shedding more light on the peoples’ daily life during the era of Pharaoh Ptolemy III.