Jan Bartek –  MessageToEagle.com – Researchers from Estonia and Italy developed an innovative method by combining neural networks and statistics. Using this newly developed method, they refined the “Out of Africa” scenario. The researchers claimed that the African dynamics around the time of the Out of Africa expansion are more complex than previously thought.

Archaeologists and geneticists agree that all modern humans originated somewhere in Africa around 300 thousand years ago. The population movement that colonized the rest of the globe occurred approximately 60-70 thousand years ago. Both Y-chromosomal data (which follows patrilineal lineage) and the Mitochondrial genome (which follows the matrilineal line) agree on this. However, the exact relationship between the people who left Africa and the human populations currently inhabiting the continent is not fully understood. 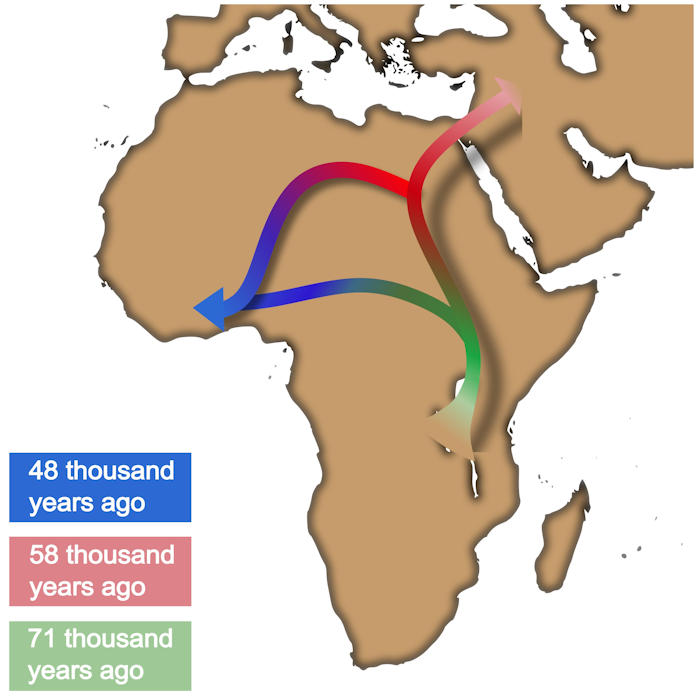 A simplistic model would see the first phase of within-Africa population subdivisions, followed by a separation between the ancestors of modern Eurasians and the ancestors of modern East or North-East Africans. New research on this topic, recently published in the American Journal of Human Genetics, argues that the Out of Africa expansion was preceded by a significant population turnover from East to West Africa. This event likely homogenized West and East Africans. This turnover, which may account for up to 90% of the contemporary West African gene pool, increased the affinity between West Africans and Eurasians. This event better explains the lower bound (~60 thousand years ago) inferred from genetic data for the separation time between Africans and non-Africans.

“A similar hypothesis was proposed before for the Y chromosome. But this is the first time we demonstrated it for autosomal DNA,” said Francesco Montinaro, a Lead author in this study from the University of Bari. Autosomal DNA comes from both parents, instead of Y-chromosome or Mitochondria, which comes only from one of our parents.

“It is fascinating to see how our understanding of the human past becomes ever more complex and detailed. Our new model can give us a clue why West Africa shows such a young separation time from the out of Africa populations,” said Vasili Pankratov, a lead co-author from the University of Tartu.