Eddie Gonzales Jr. – MessageToEagle.com – Lakes are bodies of water fed by rainfall, snowmelt, rivers and groundwater, through which, Earth is teeming with life.

Lakes also contain critical geologic records of past climates. Though Mars is a frozen desert today, scientists have shown that Mars contains evidence of ancient lakes that existed billions of years ago, which could contain evidence for ancient life and climate conditions on the red planet. 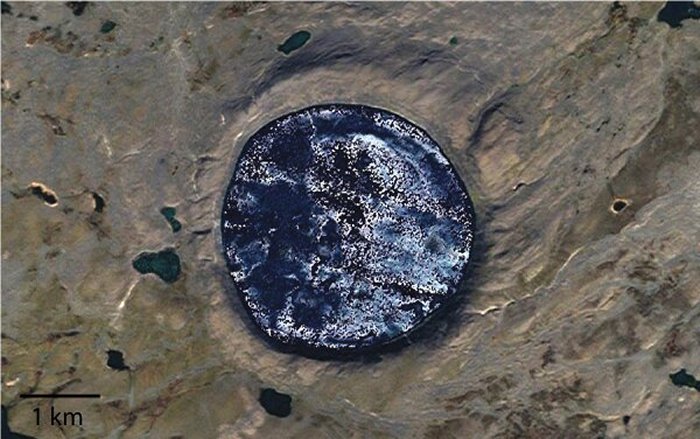 Through a meta-analysis of years of satellite data that shows evidence for lakes on Mars, Dr. Joseph Michalski, a geologist in the Department of Earth Sciences, the University of Hong Kong (HKU) proposed that scientists might have dramatically underestimated the number of ancient Martian lakes that once existed.

Michalski and the international team recently published their results in Nature Astronomy, which describe a global analysis of ancient Martian lakes.

“We know of approximately 500 ancient lakes deposited on Mars, but nearly all the lakes we know about are larger than 100 km2,” explains Michalski.

“But on Earth, 70% of the lakes are smaller than this size, occurring in cold environments where glaciers have retreated. These small-sized lakes are difficult to identify on Mars by satellite remote sensing, but many small lakes probably did exist. It is likely that at least 70% of Martian lakes have yet to be discovered.” Scientists monitor these small lakes on Earth in order to understand climate change. The missing small lakes on Mars might also contain critical information about past climates.

The recent paper also reports that most known Martian lakes date to a period 3,500 to 4,000 million years ago, but each of the lakes might have lasted only a geologically short time (10,000 to 100,000 years) during this time span. This means that ancient Mars was probably mostly cold and dry as well, but it warmed episodically for short periods of time.

Michalski adds, “Because of the lower gravity on Mars and the pervasive, fine-grained soil, lakes on Mars would have been very murky and might not have allowed light to penetrate very deeply, which could present a challenge to photosynthetic life, if it existed.”

An example of a large, impact crater-hosted lake on Mars (a) and a small, permafrost-hosted lake on Mars. Both images show elevation data from the MOLA (Mars Orbiter Laser Altimeter)  and HRSC（High Resolution Stereo Camera)   instruments draped onto images from THEMIS (a) and CTX (b). Credit: ESA/JPL/NASA/ASU/MSSS

Lakes contain water, nutrients and energy sources for possible microbial life, including light for photosynthesis. Therefore, lakes are the top targets for astrobiological exploration by Mars Rovers such as NASA’s Perseverance rover now on Mars. But Michalski warns, “Not all lakes are created equal. In other words, some Martian lakes would be more interesting for microbial life than others because some of the lakes were large, deep, long-lived and had a wide range of environments such as hydrothermal systems that could have been conducive to the formation of simple life.”

From this point of view, it might make sense to target large, ancient, environmentally diverse lakes for future exploration.

“Earth is host to many environments that can serve as analogs to other planets. From the harsh terrain of Svalbard to the depths of Mono Lake—we can determine how to design tools for detecting life elsewhere right here at home. Most of those tools are aimed at detecting the remains and residues of microbial life,” said Dr. David BAKER, an ecologist at HKU School of Biological Sciences who is well-informed about the Earth’s microbial systems in lakes.

China successfully landed its first lander, Zhurong, on Mars in May this year. Zhurong is currently roving the plains of Utopia Planitia, exploring mineralogical and chemical clues to recent climate change.

China is also planning a sample return mission likely to occur at the end of this decade, which
could target one of the interesting lake deposits.