MessageToEagle.com – The second most distant dusty, star-forming galaxy ever found in the universe has been discovered by astronomers at UMass Amherst and in Mexico using the Large Millimeter Telescope (LMT).

LMT is the largest millimeter wavelength telescope in the world that watches how stars, galaxies, and planets form. 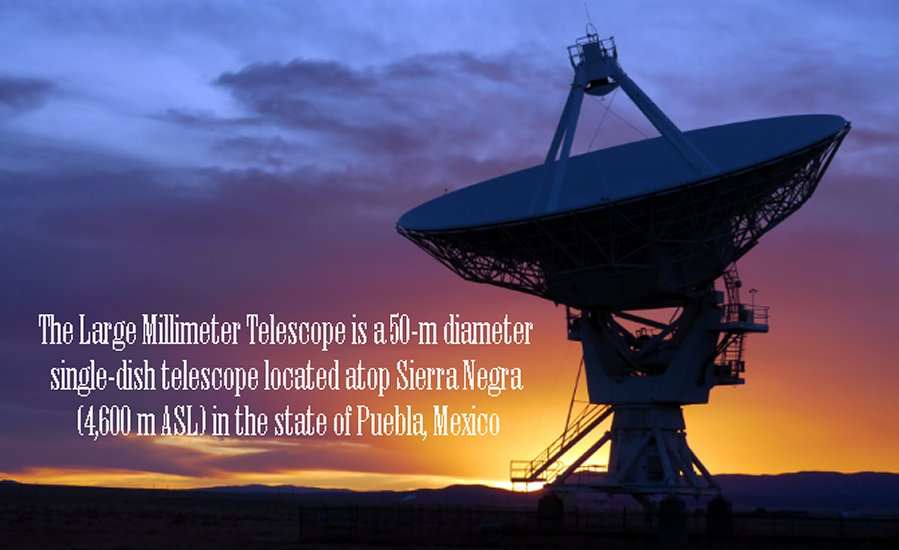 The oldest ever detected object (dubbed G09 83808) was born during the first one billion years after the Big Bang that happened 13.7 billion years ago.

According to astrophysicist Min Yun at UMass Amherst, at present there is only one other, slightly older and more distant object like this known.

“Now we are seeing this galaxy from 12.8 billion years ago, so it was forming within the first billion years after the Big Bang,” Min Yun points out in a statement.

LMT is a high-tech masterpiece that watches very distant and old celestial objects. It is located atop Sierra Negra, a 15,000-foot extinct volcano in Mexico’s central state of Puebla.

” We always knew there were some out there that are enormously large and bright, but they are invisible in visible light spectrum because they are so obscured by the thick dust clouds that surround their young stars,” continues  Min Yun .

Paradoxically, the most prolific star-forming galaxies and thus the most luminous are also the most difficult to study using traditional optical telescopes like the Hubble Space Telescope because they are also the most obscured by dust.”

The object was initially detected by astronomers using the Herschel space telescope but images produced by Herschel were of rather low resolution so Herschel astronomers passed their information on to LMT director David Hughes, knowing that the new instrument in Mexico is the best in the world to confirm it.

“The way we can tell this object is very distant is by measuring its redshift, which is a measure of the universe’s expansion speed,” Yun explained .

More distant objects have a larger redshift. To measure redshift, you use a spectral line of atoms or molecules, each of which has a recognizable, discrete signature or fingerprint. Historically we measured this in visible light, but because you cannot see these very old, distant dusty objects with visible light you have to do something else.”