MessageToEagle.com – Although Enceladus and Saturn’s rings are largely made up of water ice, they show very different characteristics. The small ring particles are too tiny to retain internal heat and have no way to get warm, so they are frozen and geologically dead.

Enceladus, on the other hand, is subject to forces that heat its interior to this very day.

This results in its famous south polar water jets, which are just visible above the moon’s dark, southern limb, along with a sub-surface ocean. 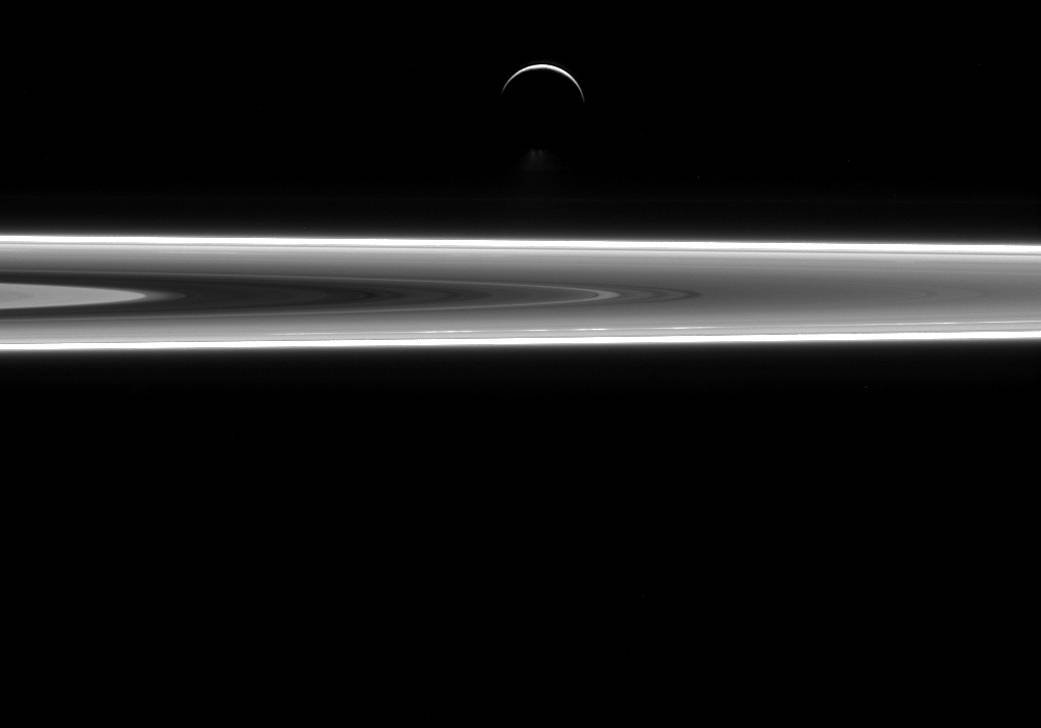 This view looks toward the unilluminated side of the rings from about 0.3 degrees below the ring plane. The image was taken in visible light with the Cassini spacecraft narrow-angle camera on July 29, 2015.

Recent work by Cassini scientists suggests that Enceladus (313 miles or 504 kilometers across) has a global ocean of liquid water under its surface. This discovery increases scientists’ interest in Enceladus and the quest to understand the role of water in the development of life in the solar system.

This view looks toward the unilluminated side of the rings from about 0.3 degrees below the ring plane. The image was taken in visible light with the Cassini spacecraft narrow-angle camera on July 29, 2015.

The view was acquired at a distance of approximately 630,000 miles (1.0 million kilometers) from Enceladus and at a Sun-Enceladus-spacecraft, or phase angle of 155 degrees. Image scale is 4 miles (6 kilometers) per pixel. 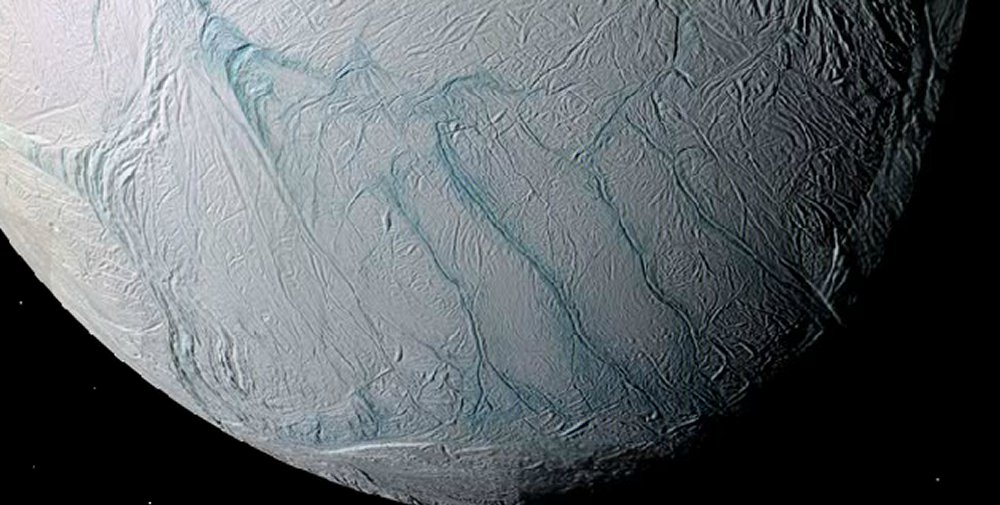 All of this indicates that the interior of the moon may be liquid today, even though it should have been frozen eons ago. Credits: NASA/Cassini

The Cassini mission is a cooperative project of NASA, ESA (the European Space Agency) and the Italian Space Agency. The Jet Propulsion Laboratory, a division of the California Institute of Technology in Pasadena, manages the mission for NASA’s Science Mission Directorate, Washington. The Cassini orbiter and its two onboard cameras were designed, developed and assembled at JPL. The imaging operations center is based at the Space Science Institute in Boulder, Colorado.

For more information about the Cassini-Huygens mission visit http://saturn.jpl.nasa.gov or http://www.nasa.gov/cassini . The Cassini imaging team homepage is at http://ciclops.org . 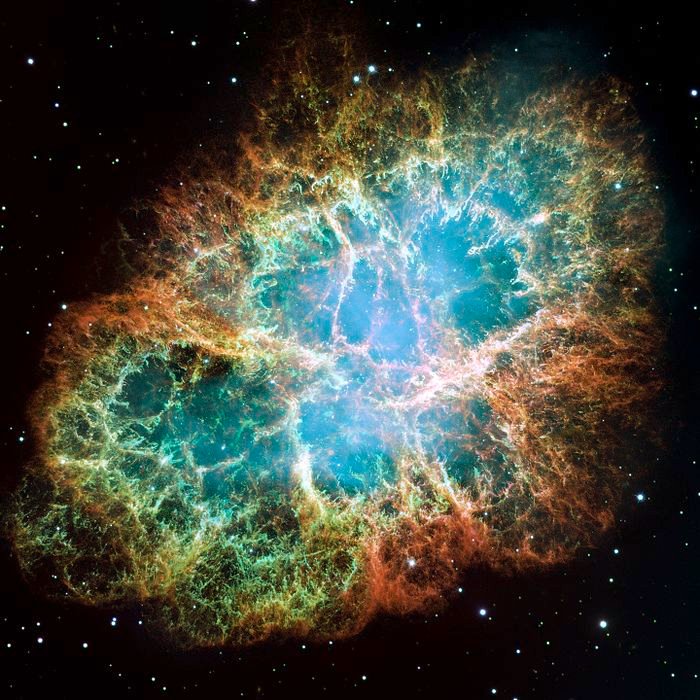