Conny Waters – MessageToEagle.com – Underwater excavation suggests a massive paleo-tsunami struck near the ancient settlement of Tel Dor between 9,910 to 9,290 years ago. Tel Dor was a maritime city-mound occupied from the Middle Bronze II period (2000-1550 BCE) through the Crusader period.

In this study, researchers describe a large tsunami (between 9,910 to 9,290 years ago) in coastal sediments at Tel Dor in northwest Israel. Considering, the devastating effect it had on Tel Dor, this tsunami was generated by a far stronger mechanism than others that usually affected inland only around 300 m, in the eastern Mediterranean region. 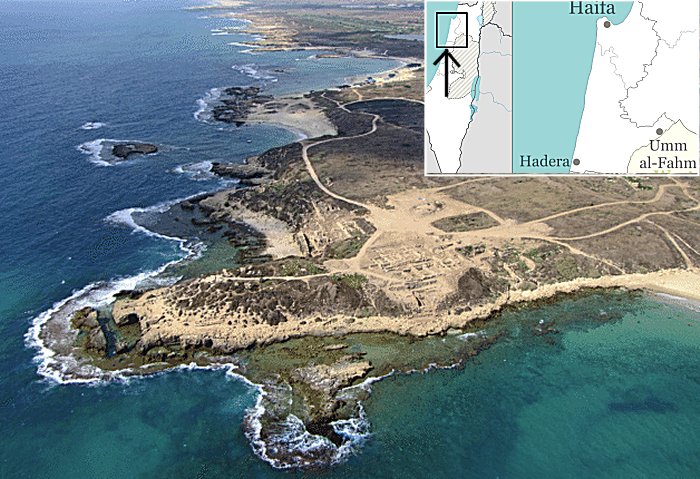 Now, an archeological site located on Israel’s Mediterranean coast about 30 kilometers (19 mi) south of Haifa, and 2.5 kilometers (1.6 mi) west of Hadera. Lying on a small headland at the north side of a protected inlet, it is identified with D-jr of Egyptian sources, Biblical Dor, and with Dor/Dora of Greek and Roman sources.

Tsunamis were frequent events along the eastern Mediterranean coastline, which is confirmed by historical records and geographic data showing one tsunami occurring per century for the last six thousand years.

“Our project focuses on reconstructing ancient climate and environmental change over the past 12,000 years along the Israeli coast, and we never dreamed of finding evidence of a prehistoric tsunami in Israel,” said Gilad Shtienberg, a postdoc at the Scripps Center for Marine Archaeology at UC San Diego who is studying the sediment cores.

“Scholars know that at the beginning of the Neolithic, around 10,000 years ago, the seashore was 4 kilometers from where it is today. When we cut the cores open in San Diego and started seeing a marine shell layer embedded in the dry Neolithic landscape, we knew we hit the jackpot.”

Researchers used techniques to create a digital model of the Tel Dor site, combined with underwater excavation and terrestrial borehole drilling to a depth of nine meters. 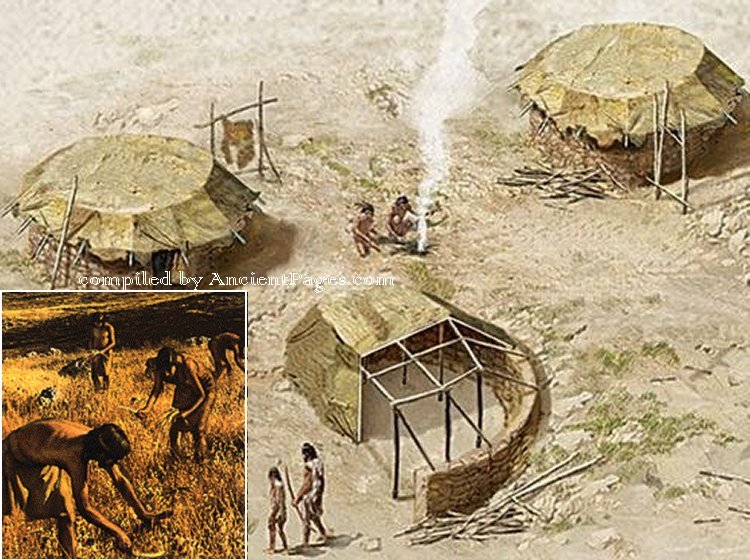 They found an abrupt marine shell and sand layer with an age of constraint 9,910 to 9,290 years ago, in the middle of a large ancient wetland layer spanning from 15,000 to 7,800 years ago. Based on the estimation, the wave capable of depositing seashells and sand in the middle of what was at the time fresh to brackish wetland must have traveled 1.5 to 3.5 km, with a coastal wave height of 16 to 40 m.

Local tsunamis tend to arise due to earthquakes in the Dead Sea Fault system and submarine landslides; the authors note that an earthquake contemporary to the Dor paleo-tsunami (dating to around 10,000 years ago) has already been identified using cave damage in the nearby Carmel ridge, suggesting this specific earthquake could have triggered an underwater landslide causing the massive tsunami at Dor.

Tel Dor was one of the most important cities in ancient Israel from the Biblical through the Byzantine Periods. It is located fifteen miles south of Haifa and just eight miles north of Caesarea.

It has one of the few natural ports along the coast of Israel and was a crossroads between the Mediterranean cultures located to the west and those of the ancient Near East. This multi-culturalism is reflected in the rich finds which the site has produced and was confirmed by archaeological excavations that started in 1980.