Eddie Gonzales Jr. – MessageToEagle.com – Scientists say they have discovered evidence of ancient massive solar storms. Based on the findings it’s clear that our society might not be sufficiently prepared if a similar event were to happen now.

Solar storms occur frequently, and they are a dangerous threat to our planet. During the Carrington Event on August 28, 1859  a solar coronal mass ejection hit Earth’s magnetosphere and induced one of the largest geomagnetic storms on record. Aurorae were seen around the world and telegraph systems all over Europe and North America failed. 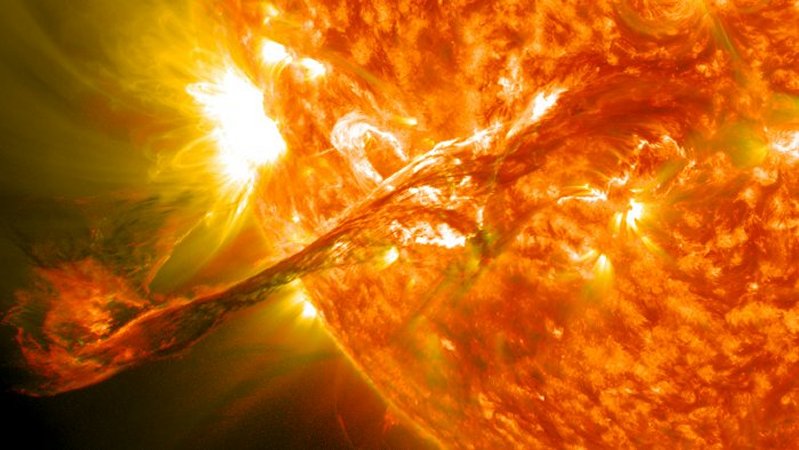 Intense solar storms pose a risk to the electrical grid, various communication systems, satellites and air traffic. More recent solar storms like for example those that took place in Quebec, Canada in 1989 and Malmö, Sweden in 2003 caused extensive power cuts.

Swedish researchers from the Lund University have now used drilled samples of ice, or ice cores, to find clues about previous solar storms. The cores come from Greenland and contain ice formed over the past about 100,000 years. The material contains evidence of a very powerful solar storm that occurred in 660 B.C.

Based on the results of the study researcher conclude we are unprepared for an intense solar storm.

“If that solar storm had occurred today, it could have had severe effects on our high-tech society,” says Raimund Muscheler, professor of geology at Lund University in a press statement.

Using ice cores and the annual growth rings of old trees, scientists have also been able to and confirm the existence of two other massive solar storms that occurred in 775 and 994 C.E.

How Dangerous Are The Biggest Solar Flares?

How Solar Flares Affect Human Health – Our Mind And Body

According to this new study massive solar storms are rare, but they are a naturally recurring effect of solar activity. This is why researchers urge we must increase society’s protection again solar storms.

Muscheler points out that there is a need to raise greater awareness of the possibility of very strong solar storms and the vulnerability of our society. In his opinion, we have currently underestimated the effects of solar activity.