Astronomers are exploring what might be described as the first astronomical observing tool potentially used by prehistoric humans 6,000 years ago.

The study conducted by astronomers at Nottingham University reveals that Megalithic tombs could have been designed as ingenious tools to observe the faintest stars – effectively telescopes without lenses.

Ling narrow entrance passages to ancient stone, or ‘megalithic’, tombs, aligned to certain stars may have enhanced what early human cultures could see in the night sky, an effect that could have been interpreted as the ancestors granting special power to the initiated.

The focus of 13 of the tombs in Carregal do Sal, Portugal appears to be Aldebaran, the brightest star in the constellation of Taurus.

The researchers suggest that this could be for ceremonial purposes. 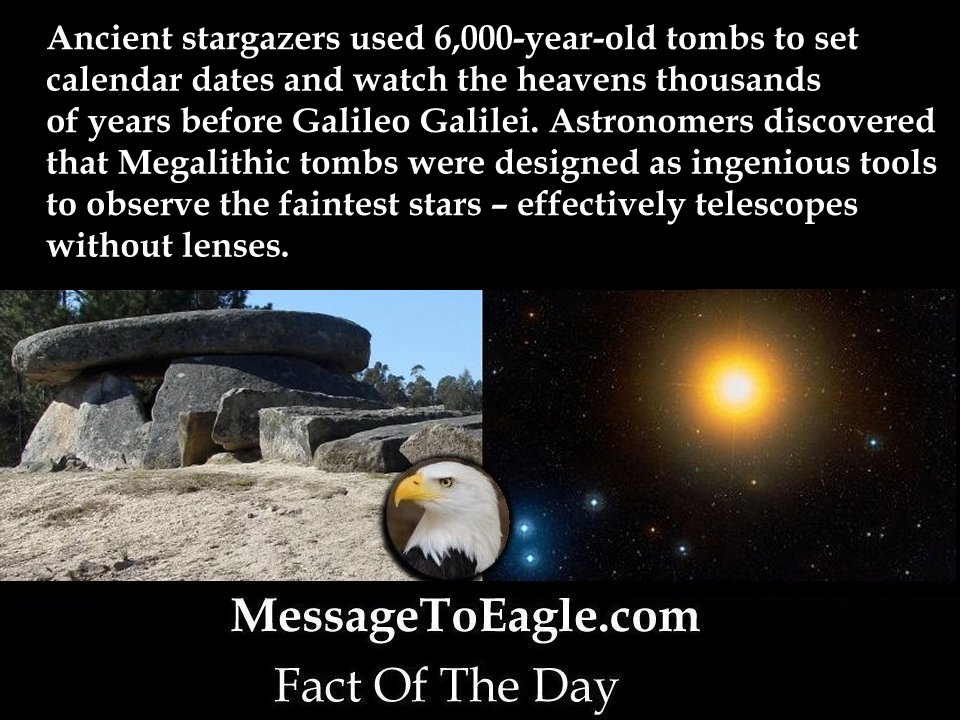 “The orientations of the tombs may be in alignment with Aldebaran, the brightest star in the constellation of Taurus. To accurately time the first appearance of this star in the season, it is vital to be able to detect stars during twilight. Rock art and paintings, some of which are present inside similar passage graves, could and have been interpreted as red stars, much like Aldebaran itself,” Fabio Silva, of the University of Wales Trinity Saint David said.

When the tombs were built, around 4,300 – 3,700 BCE, Aldebaran would have risen between 18 and 27 April and appear from within all of the entrance passages of the tombs.

The first sighting in the year of a star after its long absence from the night sky might have been used as a seasonal marker, and could indicate for example the start of a migration to summer grazing grounds. The timing of this could have been seen as secret knowledge or foresight, only obtained after a night spent in contact with the ancestors in the depths of a passage grave, since the star may not have been observable from outside. However, the team suggests it could actually have been the result of the ability of the human eye to spot stars in such twilight conditions, given the small entrance passages of the tombs.

“It is quite a surprise that no one has thoroughly investigated how for example the colour of the night sky impacts on what can be seen with the naked eye,” Kieran Simcox from Nottingham Trent University and a leader of the project said.