Conny Waters – MessageToEagle.com – Homo sapiens emerged in Africa around 300 thousand years ago, where their fossils are found with the earliest cultural and technological expressions of our species.

The last populations to preserve tool-making traditions first established by the earliest members of our species, lived some 11 thousand years ago, in Africa’s furthest west. 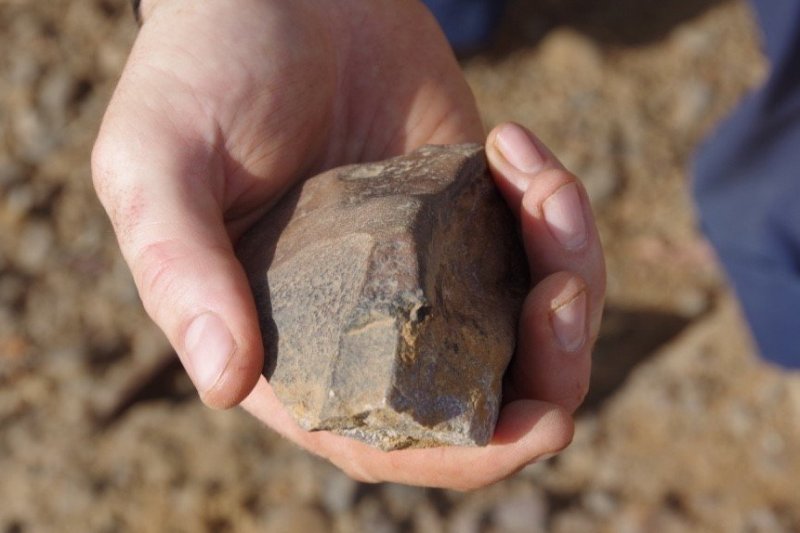 These tools representing the “Middle Stone Age”, remained widely in use across much of Africa until around 60-30 thousand years ago.

It was long thought that these tool types were replaced after 30 thousand years ago by a radically different, miniaturized toolkit better suited to diversified subsistence strategies and patterns of mobility across Africa.

In a paper published in Scientific Reports this week, Scerri and colleagues show that groups of hunter-gatherers in what is today Senegal continued to use Middle Stone Age technologies associated with our species’ earliest prehistory as late as 11 thousand years ago.

This contrasts with the long-held view that humanity’s major prehistoric cultural phases occurred in a neat and universal sequence.

“West Africa is a real frontier for human evolutionary studies—we know almost nothing about what happened here in deep prehistory. Almost everything we know about human origins is extrapolated from discoveries in small parts of eastern and southern Africa,” says Dr. Eleanor Scerri at the Max Planck Institute for the Science of Human History in Germany and the lead author of the study, said in a press release. 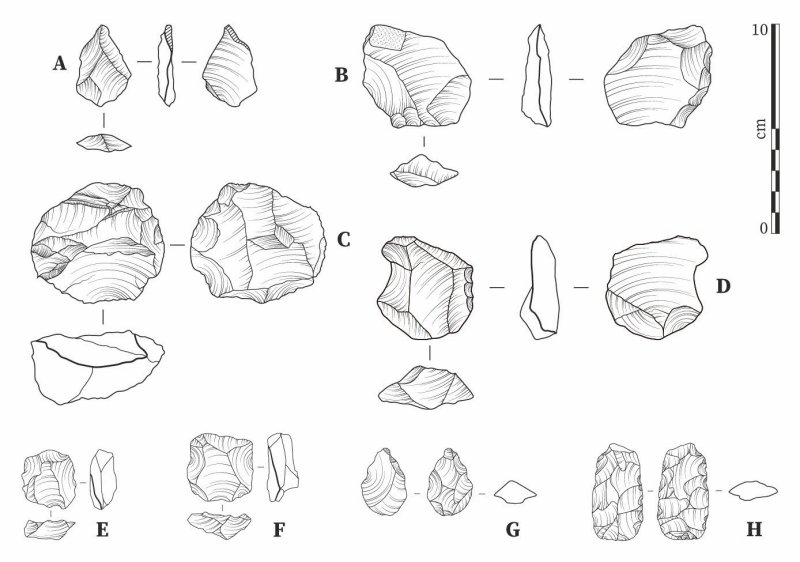 Scerri and Dr. Khady Niang of the University of Cheikh Anta Diop in Senegal, put together a research program to explore different regions of Senegal. The program ranges from Senegal’s desert edges to its forests and along different stretches of its major river systems: the Senegal and the Gambia, where they found multiple Middle Stone Age sites, all with surprisingly young dates.

“These discoveries demonstrate the importance of investigating the whole of the African continent, if we are to really get a handle on the deep human past,” says Dr. Niang. “Prior to our work, the story from the rest of Africa suggested that well before 11 thousand years ago, the last traces of the Middle Stone Age—and the lifeways it reflects—were long gone.”

Explaining why this region of West Africa was home to such a late persistence of Middle Stone Age culture is not straightforward.

“To the north, the region meets the Sahara Desert,” explains Dr. Jimbob Blinkhorn, one of the paper’s authors. “To the east, there are the Central African rainforests, which were often cut off from the West African rainforests during periods of drought and fragmentation. Even the river systems in West Africa form a self-contained and isolated group.”

“It is also possible that this region of Africa was less affected by the extremes of repeated cycles of climate change,” adds Scerri. “If this was the case, the relative isolation and habitat stability may simply have resulted in little need for radical changes in subsistence, as reflected in the successful use of these traditional toolkits.”

“All we can be sure about is that this persistence is not simply about a lack of capacity to invest in the development of new technologies. These people were intelligent, they knew how to select good stone for their tool making and exploit the landscape they lived in,” says Niang.

The results fit in with a wider, emerging view that for most of humanity’s deep prehistory, populations were relatively isolated from each other, living in subdivided groups in different regions.

Accompanying this striking finding is the fact that in West Africa, the major cultural shift to more miniaturized toolkits also occurs extremely late compared to the rest of the continent. For a relatively short time, Middle Stone Age using populations lived alongside others using the more recently developed miniaturized tool kits, referred to as the “Later Stone Age.”

“This matches genetic studies suggesting that African people living in the last ten thousand years lived in very subdivided populations,” says Dr. Niang. “We aren’t sure why, but apart from physical distance, it may be the case that some cultural boundaries also existed. Perhaps the populations using these different material cultures also lived in slightly different ecological niches.”

Around 15 thousand years ago, there was a major increase in humidity and forest growth in central and western Africa, that perhaps linked different areas and provided corridors for dispersal. This may have spelled the final end for humanity’s first and earliest cultural repertoire and initiated a new period of genetic and cultural mixing.

“These findings do not fit a simple unilinear model of cultural change towards ‘modernity,'” explains Scerri. ” Groups of hunter-gatherers embedded in radically different technological traditions occupied neighboring regions of Africa for thousands of years, and sometimes shared the same regions. Long isolated regions, on the other hand, may have been important reservoirs of cultural and genetic diversity,” she adds. “This may have been a defining factor in the success of our species.”