Don Wood – MessageToEagle.com – The interior of our planet is still a bit of scientific mystery.

The discovery of ‘ghost’ signals from inner Earth provides an exclusive insight into processes and conditions in the Earth’s interior that remain puzzling to this day.

Scientists know there are neutrinos originating from the interior of the Earth, but these elusive “ghost particles” rarely interact with matter, making their detection difficult. 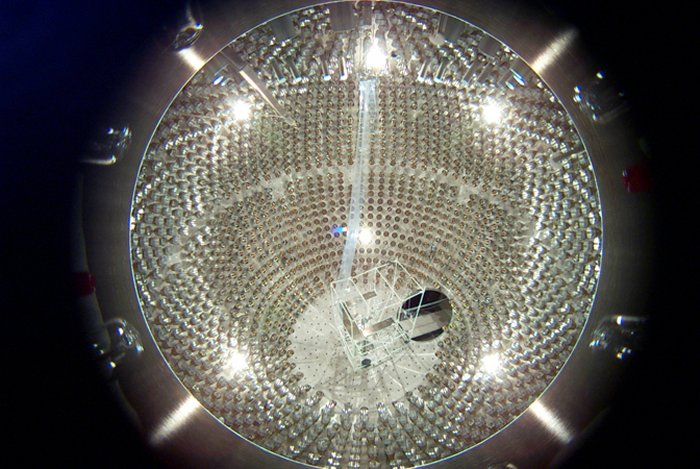 The earth is shining, even if it is not at all visible to the naked eye. The reason for this is geoneutrinos, which are produced in radioactive decay processes in the interior of the Earth. Every second, about one million of these elusive particles penetrate every square centimeter of our planet’s surface.

To learn more about the neutrinos, researchers used the Borexino detector which is present 1,400 meters below the Earth’s surface in the Gran Sasso massif near Rome. The Borexino detector, located in the world’s largest underground laboratory, the Laboratori Nazionali del Gran Sasso in Italy.

Borexino is one of the few detectors in the world capable of observing these ghostly particles.

Researchers have been using the Borexiono detector to collect data on neutrinos since 2007, i.e. for over ten years. By 2019, they were able to register twice as many events as at the time of the last analysis in 2015 – and reduce the uncertainty of the measurements from 27 to 18 percent, which is also due to new analysis methods.

Geoneutrinos are the only direct traces of the radioactive decays that occur inside the Earth, and which produce an as yet unknown portion of the energy driving all the dynamics of our planet,” explains Livia Ludhova, one of the two current scientific coordinators of Borexino and head of the neutrino group at the Nuclear Physics Institute (IKP) at Forschungszentrum Jülich.

The researchers in the Borexino collaboration have extracted with an improved statistical significance the signal of geoneutrinos coming from the Earth’s mantle which lies below the Earth crust by exploiting the well-known contribution from the Earth’s uppermost mantle and crust — the so called lithosphere. 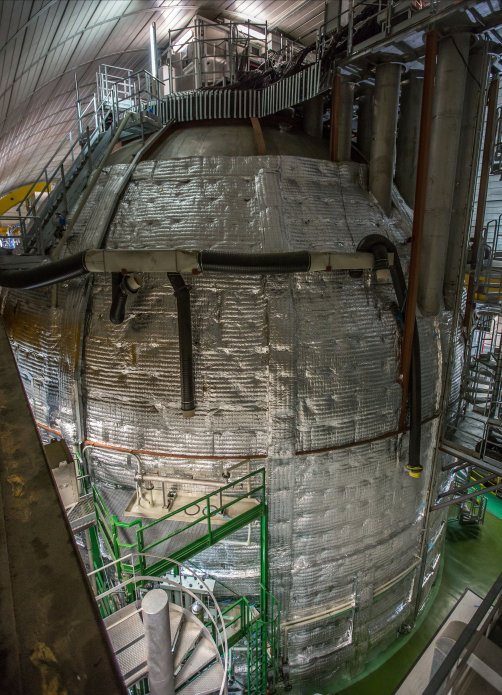 Borexino from the North side of LNGS’s underground Hall C. Credit: Borexino Collaboration

The intense magnetic field, the unceasing volcanic activity, the movement of the tectonic plates, and mantle convection: The conditions inside the Earth are in many ways unique in the entire solar system. Scientists have been discussing the question of where the Earth’s internal heat comes from for over 200 years.

“The hypothesis that there is no longer any radioactivity at depth in the mantle can now be excluded at 99% confidence level for the first time. This makes it possible to establish lower limits for uranium and thorium abundances in the Earth’s mantle,” says Livia Ludhova.

These values are of interest for many different Earth model calculations. For example, it is highly probable (85%) that radioactive decay processes inside the Earth generate more than half of the Earth’s internal heat, while the other half is still largely derived from the original formation of the Earth.

Radioactive processes in the Earth, therefore, provide a non-negligible portion of the energy that feeds volcanoes, earthquakes, and the Earth’s magnetic field.