Eddie Gonzales Jr. – MessageToEagle.com – One of the largest features ever observed in the center of the Milky Way, has been discovered by an international team of astronomers.

The feature is a pair of enormous radio-emitting bubbles that tower hundreds of light-years above and below the central region of our galaxy. 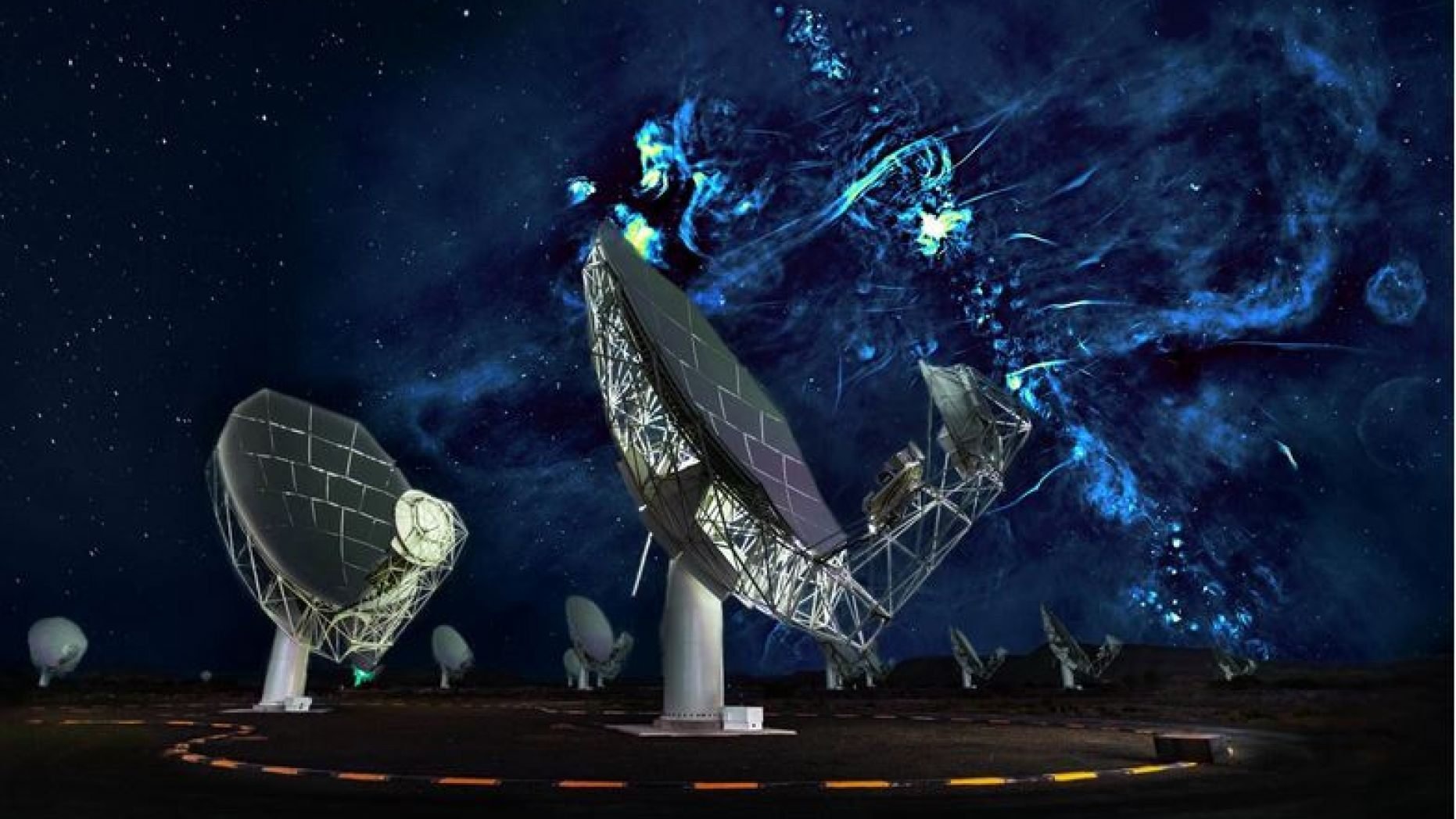 Radio image of the central portions of the Milky Way galaxy. The plane of the galaxy is marked  by a series of bright features, exploded stars and regions where new stars are being born, and runs horizontally through the image. The black hole at the center of the Milky Way is hidden in the brightest of these extended regions. The radio bubbles discovered by MeerKAT extend vertically above and below the plane of the galaxy. Many magnetized filaments can be seen running parallel to the bubbles. (Adapted from results published in Heywood et al. 2019.)  Credit: Oxford, SARAO

‘The center of our galaxy is relatively calm when compared to other galaxies with very active central black holes,” lead Ian Heywood of the University of Oxford and lead author of a paper, said in a press release.

“Even so, the Milky Way’s central black hole can become uncharacteristically active, flaring up as it periodically devours massive clumps of dust and gas. It’s possible that one such feeding frenzy triggered powerful outbursts that inflated this previously unseen feature.

This hourglass-like feature, which dwarfs all other radio structures in the Galactic Centre, is likely the result of a phenomenally energetic burst that erupted near the Milky Way’s supermassive black hole a few million years ago.

Using the South African Radio Astronomy Observatory (SARAO) MeerKAT telescope, Ian Heywood and his colleagues mapped out broad regions in the center of the galaxy, conducting observations at wavelengths near 23 centimeters.

The scientists believe they have found convincing evidence that these features were formed from a violent eruption that over a short period of time punched through the interstellar medium in opposite directions.

According to co-author, William Cotton, from the National Radio Astronomy Observatory in Charlottesville, Virginia, ‘the shape and symmetry of what we have observed strongly suggest that a staggeringly powerful event happened a few million years ago very near our galaxy’s central black hole.

“This eruption was possibly triggered by vast amounts of interstellar gas falling in on the black hole, or a massive burst of star formation which sent shockwaves careening through the galactic center. In effect, this inflated energetic bubbles in the hot, ionized gas near the galactic center, energizing it and generating radio waves which we could eventually detect here on Earth.”