Jan Bartek – MessageToEagle.com – Scientists say they have uncovered the first evidence of an unknown ancient ‘Silk Road’ in Israel. 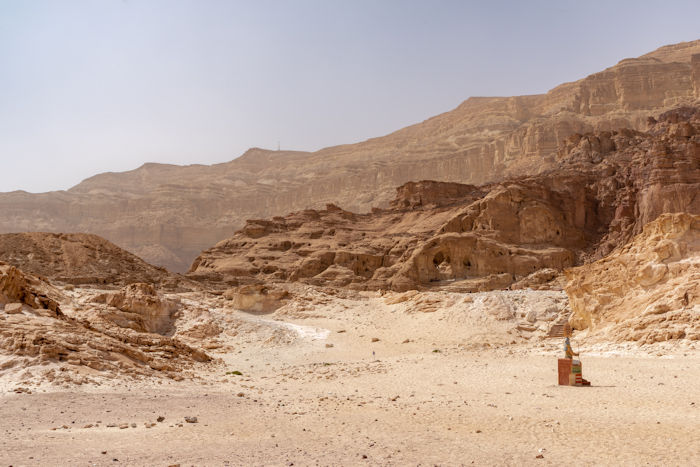 The evidence is based on the discovery of remains of fabrics from the Far East dating to some 1,300 years ago in Israel’s Arava region, about halfway from the Dead Sea to Eilat. The researchers say the results from sifting 1,600-year-old garbage during the first excavation season at Nahal Omer suggest luxury goods from the East were in high demand in the 8th century C.E. The route appears to have branched off the traditional Silk Road, connecting with trade routes and seaports.

The finds include cotton and silk fabrics dating from the Early Islamic period, around 1,300 years ago, that were probably imported from India and China.

“Our findings seem to provide the first evidence that there was also an ‘Israeli Silk Road’ used by merchants along the international trading routes,” said Professor Guy Bar-Oz from the University of Haifa, who is leading the excavation.

“As far as textiles are concerned, Nahal Omer is the most important of all the ancient sites discovered to date in Israel,” the researchers said in the press release. 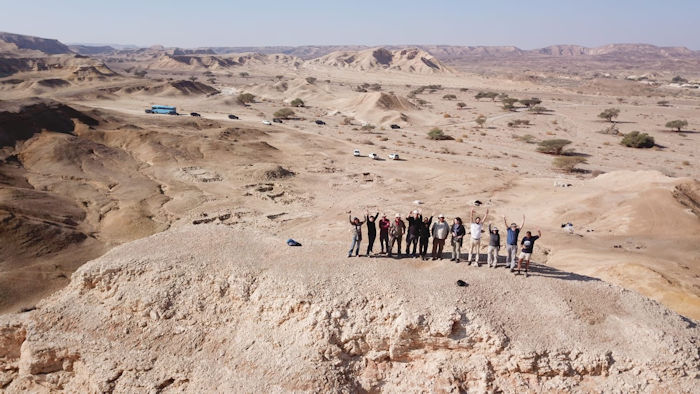 The Silk Road was the major international trade route for transporting exotic goods from the Far East and India to the west, the principal route of which reached Constantinople.

Professor Bar-Oz and Dr. Roi Galili of Ben-Gurion University are researching trade patterns in the Middle East in the first millennium by analyzing garbage accumulations at sites along the route.

Their research focuses on understanding the lives of the ancient traders and searching for the remains of the exotic fabrics and goods they traded. They are currently examining the trash mounds in the Aravah that date back to the late seventh century CE, the beginning of the Islamic period in the region. 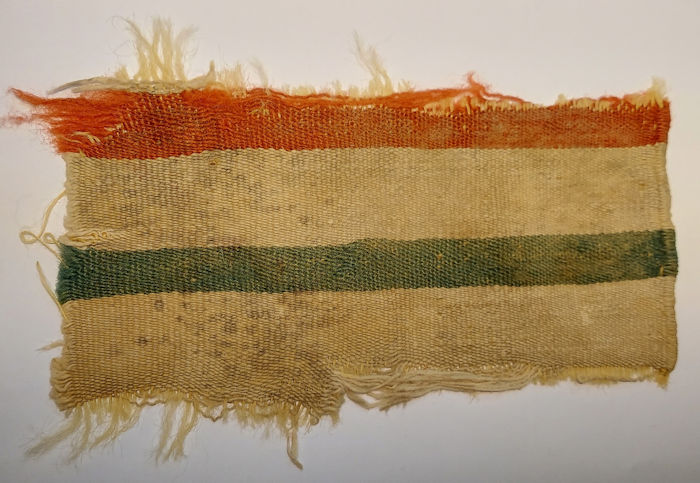 The researchers have uncovered a treasure trove of finds, including fabrics, clothing, leather, and hygienic items that may shed light on the material culture and the daily lives of the ancient residents in the desert region. Earlier artifacts discovered at the site have been dated by Carbon-14 dating technology to the seventh–eighth centuries CE.

Many of the finds were imported, such as decorative fabrics from India and silk from China, providing the first evidence of these items in Israel from this period. The researchers believe that the cotton fabrics probably came from India and Nubia and that the silk fabrics provide strong evidence for trade with China. The variety and richness of the finds suggest a high demand for luxury goods from the East in this period.

The site is considered the most important site for ancient textiles discovered in Israel and displays significant technological features. Many cotton fabrics were uncovered, including some with ikat designs, a technique whereby the warp is tied and dyed according to a pre-prepared model before the weaving process. This technique is rarely found in the Middle East, but it is depicted in sixth-century wall paintings in the Ajanta Caves in India.

The fabrics also reflect an Iranian influence, with white cotton and colored wool woven together in a complex process, like the rugs still made in Iran and Central Asia today. The researchers also noted that many colors were well-preserved on the fabrics, including blue from indigo, red from Rubia tinctorum, brown, and other shades. 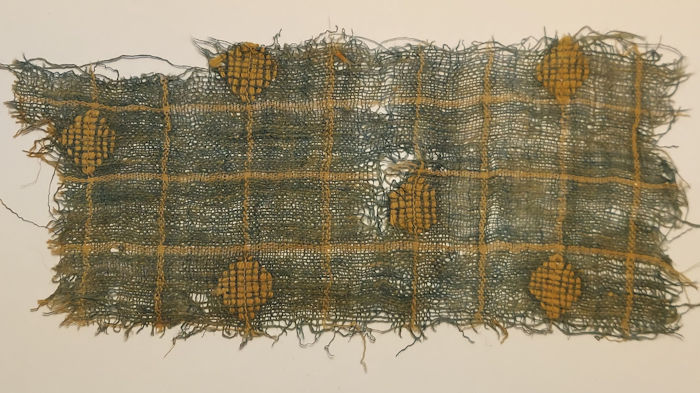 The researchers found that the Nabataean Incense Road had ceased functioning long before the Early Islamic period. They suggest that the finds may reflect a significant globalizing moment in the history of the Negev when a new class of goods began to be transported from the Far East and India to Mediterranean countries by way of the Aravah and roads leading to Mecca and Medina.

The excavation sheds light on the global contacts with the fabric manufacturing sources in the Far East and India. It provides new ways to trace political, technological, and social connections shaped by international trade networks. The finds enable a detailed examination of the long-distance movement of goods, the geographic diffusion of people and ideas, and the connections between the production centers and the trade routes that were previously not, or were only partially, visible in the historical and archaeological record.

In effect, the discoveries at the site bring with them the potential for a new and deeper understanding of ancient trade and interaction.

“This route branched off from the traditional Silk Route that passed to the north of Israel, crossing the Arava and connecting to the main historical trade routes that crossed the country, as well as to the main ports of Gaza and Ashkelon that served as a major gateway to the Mediterranean world,” Dr. Bar-Oz said.

Excavations will resume next summer, said Bar-Oz, and there will be at least two more seasons. Much further research will be carried out on the uncovered textiles, he noted.

Bar-Oz, who specializes in locating and analyzing deposits of trash on ancient trade routes, told The Times of Israel that others have carried out numerous archaeological excavations at Nahal Omer and the surrounding region before, but nobody thought to focus on garbage deposits and the valuable information they could provide.