What is under Antarctica’s kilometers-thick ice sheets?

Not only is Antarctic sub-ice geology important to understand global supercontinent cycles over billions of years that have shaped Earth’s evolution, but it is also pivotal to comprehend how the solid Earth itself influences the Antarctic ice sheet above it. 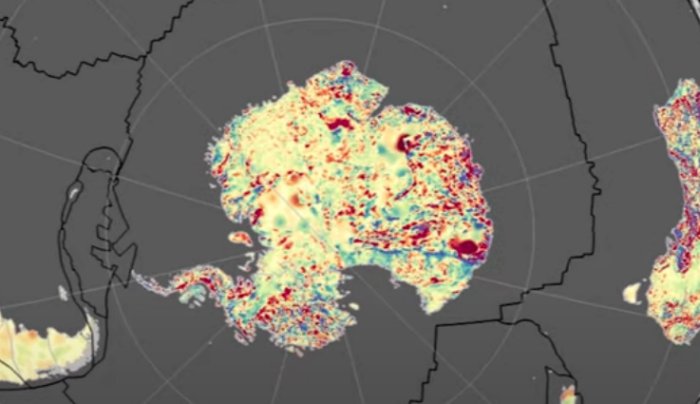 The fact that Antarctica is about as remote as you can get and the land below is covered by a massive ice sheet, makes collecting geophysical information both challenging and expensive. Fortunately, satellites orbiting above can see where humans cannot.

Thanks to magnetic data from the Swarm mission along with airborne measurements, scientists are paving the way towards understanding Earth’s least accessible continent. This new research links Antarctica to its ancient neighbors with which it has shared a long tectonic history – and that needs piecing together like a jigsaw puzzle.

The team processed aeromagnetic data from aircraft from over southern Africa, Australia and Antarctica in a consistent manner with the help of Swarm satellite magnetic data. 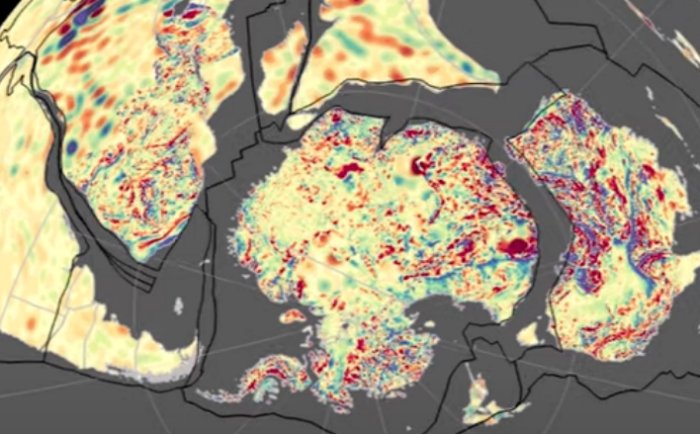 Aeromagnetic data do not cover everywhere on Earth, so magnetic models complied from Swarm data help to fill the blanks, especially over India were aeromagnetic data are still not widely available. Furthermore, satellite data help to homogenize the airborne data, which were acquired over a period of more than 60 years with varying accuracy and resolution.

With the available data, we only had pieces of the puzzle. Only when we put them together with satellite magnetic data, can we see the full picture,” says Jörg Ebbing, from Kiel University.

The resulting combined datasets provide a new tool for the international scientific community to study the cryptic sub-ice geology of Antarctica, including its influence on the overlying ice sheets.

Gondwana was an amalgam of continents that incorporated South America, Africa, Arabia, Madagascar, India, Australia, New Zealand and Antarctica. As the tectonic plates collided in the Precambrian and early Cambrian times some 600–500 million years ago, they built huge mountain ranges comparable to the modern Himalayas and Alps. This supercontinent started to break up in the early Jurassic, about 180 million years ago, ultimately leaving Antarctica stranded and isolated at the South Pole, and covered in ice for around 34 million years.

“Using the new magnetic data, our animation illustrates how the tectonic plates have moved over millions of years after the breakup of Gondwana,” explains Peter Haas, a Ph.D. student at Kiel University.

“We have been trying to piece together the connections between Antarctica and other continents for decades,” Fausto Ferraccioli, Director of Geophysics at the National Institute of Oceanography and Applied Geophysics in Italy, and also affiliated with the British Antarctic Survey, said.

“We knew that magnetic data play a pivotal role because one can peer beneath the thick Antarctic ice sheet to help extrapolate the geology exposed along the coast into the continent interior.

“But now we can do much better. With the satellite and aeromagnetic data combined, we can look down deeper into the crust. Together with tectonic plate reconstructions, we can start building tantalizing new magnetic views of the crust to help connect geological and geophysical studies in widely separated continents. Ancient cratons and orogens in Africa, India, Australia and East Antarctica are now better connected magnetically than ever before.”

The team from Germany’s Kiel University, the British Antarctic Survey and National Institute of Oceanography and Applied Geophysics, and Witwatersrand University in South Africa published their findings in the Nature journal Scientific Reports.