How did human symbolic behavior evolve? Where and when these practices evolve? 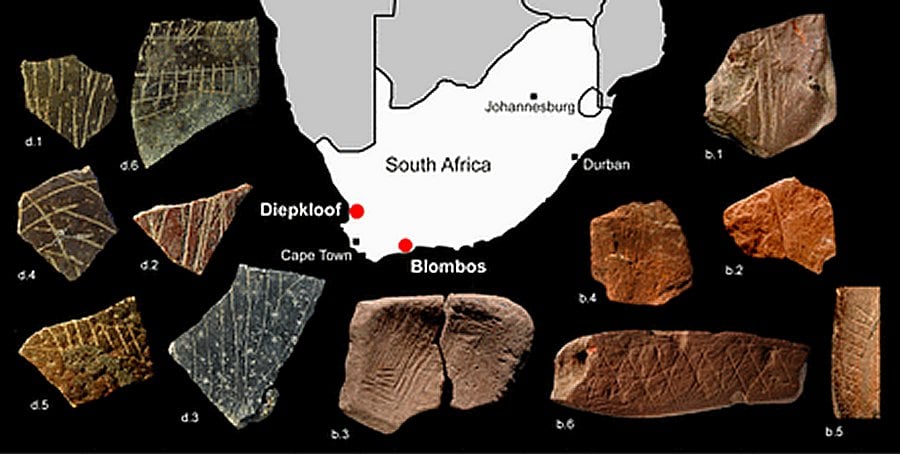 A team of archaeologists and cognitive scientists from Denmark, South Africa, and Australia want to answer these questions.

They used ancient engravings from the South African Blombos Cave and Diepkloof Rock Shelter in a number of controlled cognitive experiments to qualify discussions about the evolution of early symbolic traditions.

They used engravings on ochre nodules and ostrich eggshells made between about 109 000 and 52 000 years ago in five cognitive science experiments to investigate their symbolic function.

Humans Didn’t Develop Language Through A Single Gene Mutation – So What Happened?

How Did The Almost 6,000 Languages Of The World Come Into Being?

Pirahã: Weird Language That Lacks Words For Numbers And Colors

We found that the engravings evolved over a period of 30,000 years to become more effective “tools for the mind,” that is, more salient to the human eye, increasingly expressive of human intent and identity, and easier to reproduce from memory.

“It is remarkable that we have a record of a practice of making engravings spanning more than 40 000 years,” lead scientist Kristian Tylén, Associate Professor at the Department of Linguistics, Cognitive Science and Semiotics and at the Interacting Minds Centre, Aarhus University, Denmark, said in a press release.

In the experiments, participants were shown the engraved patterns and researchers measured responses with regard to – recognition, memory, reaction times, visual attention, and discrimination of patterns belonging to different points in time. 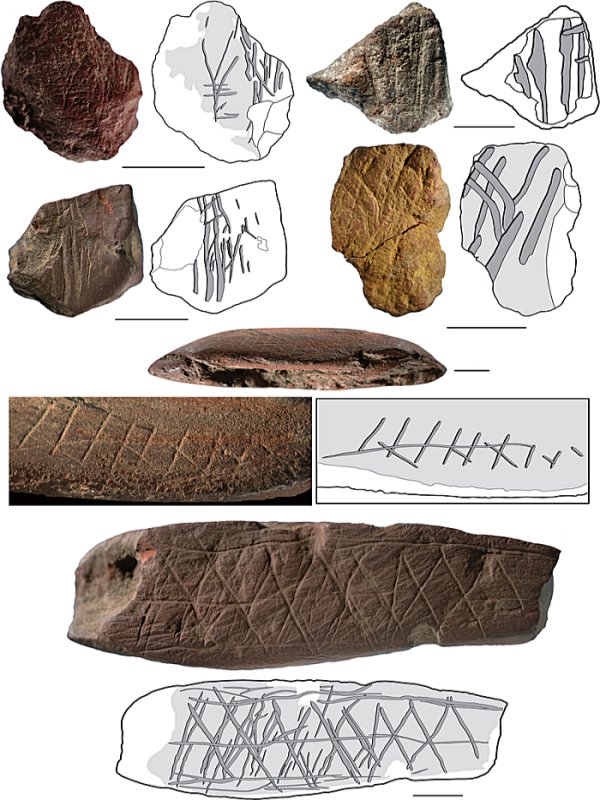 The results of these experiments suggest that the engravings served as decorations and expressions of socially transmitted cultural traditions, while we found no clear evidence that they served as denotational symbolic signs.

Previously, researchers speculated on the possible symbolic function of the Blombos and Diepkloof engravings, saying that they should be regarded as fully-developed symbols pointing to distinct meanings, more or less like written glyphs.

This suggestion is, however, not supported by the present study.

“It is difficult to make well-grounded interpretations of these ancient human behaviors”, says archaeologist and co-author Niels N. Johannsen, Associate Professor at the Department of Archaeology and Heritage Studies and at the Interacting Minds Centre, Aarhus University.

“We have been missing a more systematic, scientific approach. The main advantage of our experimental procedure is that we work directly with the archaeological evidence, measuring cognitive consequences of the changes that these engravings have undergone through time – and from these data, we argue, we are in a better position to understand the possible function of the engravings made by our ancestors tens of thousands of years ago.”

The findings suggest that the engravings from Blombos and Diepkloof were created and refined over time to serve an aesthetic purpose, for instance as decorations. However, they also evolved elements of style that could have worked to mark the identity of the group, that is, they could be recognized as coming from a particular group.

“Previous investigations have relied exclusively on studies of archaeological artifacts, the size, and shape of cranial casts, or the mapping of genes,” said Tylén.