Angela Sutherland  – AncientPages.com – More than a hundred historical sites are recognized in the basin of a 400 kilometer stretch of Halil-Rud River in the south of Kerman province, a historically and archaeologically significant region of Iran. 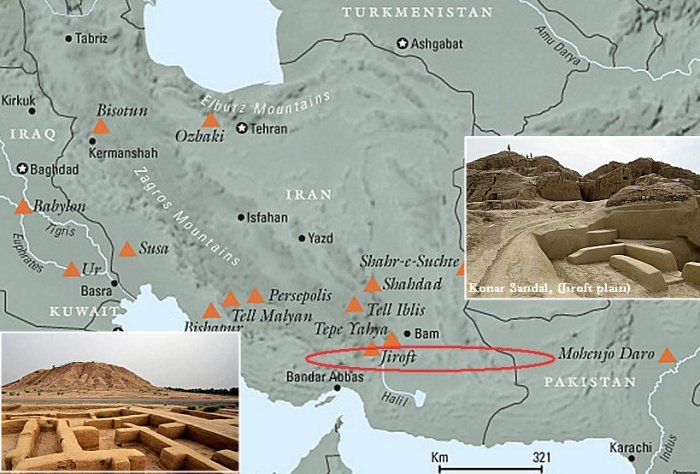 Among these places of a high cultural value, Konar Sandal is a Bronze Age archaeological site situated just south of Jiroft, Kermān Province, Iran. The Konar Sandal has many treasures, which we mention later in this article. First of all, the site has a ziggurat-like structure. It is today known as the Konar Sandal Ziggurat.

Before the discovery of the ziggurat in 2002, Chogha Zanbil, a significant leftover of the Elamite civilization near Susa, was the only surviving ziggurat in Iran. Built about 1250 BC during the Middle Elamite Period (c. 1500 – c. 1100 BC) by king Untash-Napirisha, to honor Sumerian god Inshushinak, Chogha Zanbil ziggurat has long remained the only still existing structure of this type